Get '5 things' in your inbox

Want to see the northern lights? You don’t have to trek all the way up to the Arctic Circle. This holiday weekend, the aurora borealis will be visible from Idaho to Maine.

Coronavirus antibody testing may not be as reliable as we thought. The CDC now says tests used to determine if people have been infected in the past with Covid-19 might be wrong up to half the time. This can be especially dangerous if the test results in a false positive, leading people to believe they have been infected in the past and may be immune (it’s still not clear whether a past infection means someone can’t get the virus again). Regardless, the CDC says the antibody tests aren’t accurate enough to use to make important policy decisions, like figuring out when people should return to work. Health officials or providers using antibody tests need to use the most accurate ones they can find and might need to test people twice, the CDC says.

There are also regulations on what you can wear and how you can act while you’re voting. For instance, some states don’t allow political attire at the polls. Some states also ban photography, or have very specific rules about what kind of photos you can take and how you can share them. And with all this unfolding in a pandemic, proper voting protocol now also may involve masks, acrylic glass barriers and hand sanitizer.

As parts of Europe and Asia look toward pandemic recovery, Latin America has now become the center of the global coronavirus outbreak. The director of the Pan American Health Organization says the region has surpassed Europe and the US in daily infection numbers. Mexico saw its largest single-day increases in both newly confirmed cases and reported deaths yesterday, the same day Peru reported 5,000 new cases. Peru now has the second-highest number of confirmed Covid-19 cases in Latin America behind Brazil and one of the world’s highest infection rates per capita over a seven-day rolling average. Brazil also continues to suffer, with daily death tolls this week surpassing those in the US.

President Trump is threatening to pull the Republican National Convention out of Charlotte, North Carolina. That comes as a surprise to top Republican organizers, who have been working closely with the state’s Democratic governor, Roy Cooper, to plan the event. Trump said in a tweet this week that Cooper is “unable to guarantee” that the convention arena can be safely filled to capacity as the pandemic rolls on. However, GOP officials have repeatedly said they are open to virtual or online options and haven’t yet submitted a plan to Charlotte leaders for how the gathering, set for late August, would be held safely in person. The uncertainty has led the governors of Georgia and Florida to throw their hats in the convention ring, saying they would be more than willing to accommodate the event in their states.

It’s a big day for spaceflight – that is, if the weather holds out. SpaceX will attempt to launch two NASA astronauts to the International Space Station today from the Kennedy Space Center in Florida. If the launch of the Crew Dragon spacecraft happens without a delay, it will mark the first time in history that a commercial aerospace company has carried humans into Earth’s orbit. It’s also a big moment for NASA and space fans, who have waited nearly a decade to see human spaceflight return to US soil. NASA says it must carry on with the mission despite the coronavirus crisis to keep the ISS fully staffed with US astronauts. Plus, the agency says it hopes the launch brings a little excitement to a pandemic-weary public.

Four Minneapolis police officers have been fired for their involvement in the death this week of George Floyd. Video shared on social media shows Floyd, a 46-year-old black man, being held down on the ground, his neck pinned under an officer’s knee. He can be heard saying he is in pain and can’t breathe. Floyd died at a hospital a short time later. The video did not capture what led up to the arrest or what police described as the man resisting arrest. The FBI is investigating the incident, which has already drawn wide protests and condemnation. Minneapolis Mayor Jacob Frey said he supported the decision to remove the officers. “Being black in America should not be a death sentence,” he said.

Dazzling fireballs are about to light up the night sky

But … couples need to prove they’ve been together for at least six months and actually know each other in person.

A chicken sandwich is exactly what we could use in these trying times.

Will we ever go back to the office?

And we’re all glad he didn’t.

If you can’t have a graduation ceremony, a pizza party is a close second.

That’s about how many of the critically endangered Popa langurs, a newly discovered primate species in Myanmar, are left.

“If you treat your own Black officers this way, what are you doing to the Black citizens?”

Timothy Klausutis, the widower of Lori Klausutis, asking Twitter to remove tweets by President Trump that refer to a conspiracy theory around his wife’s death. Lori Klausutis, a former staffer of broadcaster Joe Scarborough, died in 2001 as a result of an undiagnosed heart condition.

Video Ad Feedback
02:16 - Source: CNN
Severe Storms in the east and record heat in the west

How we make pencils 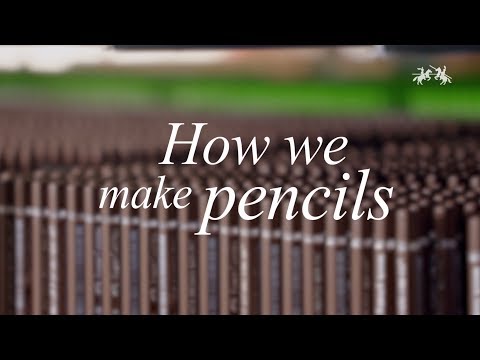 School may be ending for the summer, but a well-made pencil is forever. (Click here to view.)