A group formed by anti-Trump Republicans is airing a new ad attacking President Donald Trump for getting “rolled” by China and its powerful President Xi Jinping.

The spot from the Lincoln Project – which the group says will air in Florida, Pennsylvania, Wisconsin, Michigan, Arizona and Washington, DC – comes the same day Trump’s former national security adviser levied harsh claims against how the President has handled US-China relations during his first term in office.

“They know who Donald Trump is: weak, corrupt, ridiculed,” a narrator in the ad says. “China beats him every time.” 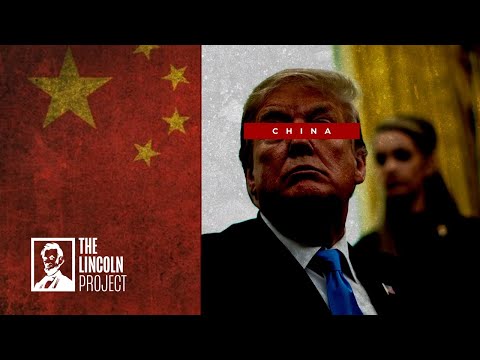 “No matter what he says, China’s got his number,” the ad says. “For four years, they’ve rolled him.”

Trump has made trade the centerpiece of his foreign policy, most notably with China, with whom he struck a “phase one” trade deal late last year. Ahead of striking a deal, Trump applied harsh tariffs on Chinese imports as a way to force China to the negotiating table.

Since then, relations between the US and China have soured as Trump blamed the country for mishandling the early days of the coronavirus outbreak.

In an excerpt from his forthcoming book “The Room Where it Happened” that was published by the Wall Street Journal on Wednesday, Bolton claims Trump asked Xi to help him win the 2020 US presidential election. Bolton also claims Trump told Xi he should proceed in building detainment camps for the Uyghur Muslims, a minority group in western China. The Lincoln Project ad makes mention of the book.

Trump has repeatedly said his 2020 rival, former Vice President Joe Biden, would be weak on China. The issue is likely to play a major role in the forthcoming election.

Created late last year, the group raised just more than $2.5 million through the end of March, spending about $1.2 million of that through the same period.

Weaver said the China ad is the “beginning of a seven-digit campaign prosecuting Trump’s China malfeasance and hypocrisy through June and July.”

“The grift, dishonesty and self dealing continues. From Ivanka’s trademarks to Trump asking for political help from Chinese President Xi, there’s nothing this President won’t do and no trust he won’t violate, starting with that of the American people,” Weaver added.

The group is launching the spot with $45,000 starting with a digital buy, a television ad buy in DC later this week before moving to other battleground states.