If Drew Barrymore’s first promo for her upcoming syndicated daytime talk show is any indication, we’re in for some fun.

In it, a now 45-year-old Barrymore interviews her 7-year-old self, using actual footage of herself as a young kid from a classic appearance she did on “The Tonight Show,” when it was hosted by Johnny Carson. Barrymore appeared on the show in 1982 to promote “E.T.”

Barrymore’s talk show, set to debut on CBS on Sept. 14, is going to “celebrate life” for an hour every day, Barrymore says in the promo. It will also feature uplifting news.

“The Drew Barrymore Show” website features a behind-the-scenes look at the show coming together during the coronavirus pandemic, along with other content.

The show was announced last October, with Barrymore saying in a statement to CNN at the time, “It is beyond my wildest dreams to have this opportunity for a daily talk show. I’m truly thrilled and honored to be creating this show with CBS.”

You can watch Barrymore’s original Carson appearance, which is adorable, here. 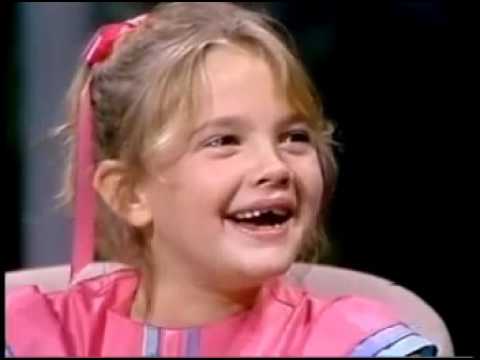