More than 340 years ago, a Dutchman named Antonie van Leeuwenhoek invented a powerful new compound microscope and accidentally discovered the existence of bacteria, a groundbreaking achievement that changed the course of medicine.

Not long after, he decided to look at his ejaculate – definitely not an accident – and discovered tiny, wiggling creatures with tails he dubbed “animalcules.”

These creatures “moved forward owing to the motion of their tails like that of a snake or an eel swimming in water,” van Leeuwenhoek wrote to the secretary of the UK Royal Society in 1678.

The tail of a man’s sperm, he added “lashes with a snakelike movement.”

Antonie van Leeuwenhoek, who invented the compound microscope, was the first to peer at the movement of human sperm -- his own.

As scientists over the centuries continued to look down from above in their microscopes, there’s no doubt of what their eyes saw and recorded on film: Sperm swim by moving their tails from side to side.

Why shouldn’t we trust our eyes? So that’s what science has believed ever since. 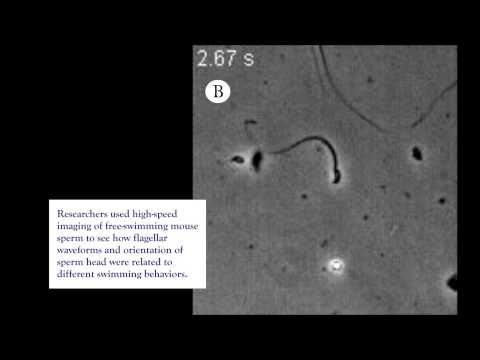 It turns out our eyes were wrong.

Now, using state-of-the-art 3D microscopy and mathematics, a new study says we have actually been the victims of “sperm deception.”

“Sperm are very cheeky little creatures. Our new research using 3D microscopy shows that we have all been victims of a sperm deception,” said study author Hermes Gadelha, head of the Polymaths Laboratory at the University of Bristol’s department of engineering mathematics in the UK.

Shown here is a 3D representation of the head of a sperm.
polymaths-lab.com

“If you want to see the real beating of the tail, you need to move with the sperm and rotate with the sperm. So it’s almost like you needed to make a (camera) really tiny and stick it to the head of the sperm,” Gadelha said.

Gadelha’s co-authors, Gabriel Corkidi and Alberto Darszon from the Universidad Nacional Autonoma de Mexico, developed a way to do that. Using state-of-the art tools, including a super-high-speed camera that can record over 55,000 frames a second, the researchers were able to see that the side-to-side movement was actually an optical illusion.

In reality, a sperm’s tail lashes on only one side.

That one-sided stroke should cause the sperm to swim in a perpetual circle, Gadelha said. But no, sperm were smarter than that.

“Human sperm figured out if they roll as they swim, much like playful otters corkscrewing through water, their one-sided stroke would average itself out, and they would swim forwards,” said Gadelha, who is an expert in the mathematics of fertility.

Instead of side to side, sperm spin in a corkscrew, which counterbalances the one-way whip of the tail. It's very similar to the way otters spin in the water as they play.
polymaths-lab.com
Sea Otter Spin 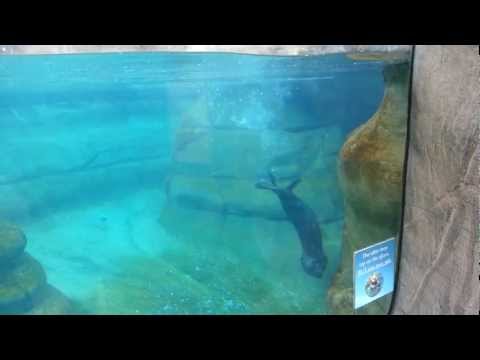 The findings were a true surprise, Gadelha said, so the team spent nearly two years repeating the experiment and cross-checking the math. The results held: just as the Earth turned out not to be flat, sperm don’t really swim like snakes or eels.

This 2D animation of sperm swimming illustrates what is seen by looking through a microscope.
polymaths-lab.com

So why does that matter?

“It could be that the rolling motion hides some subtle aspects about the health of this sperm or how well it can travel quickly,” Gadelha said.

“These are all very hypothetical questions. What we hope is that more scientist and fertility experts will become interested and ask, ‘OK, how does this influence infertility?’”

As for what it feels like to reverse over 300 years of scientific assumptions, Gadelha is modest.

“Oh gosh, I always have a deep feeling inside that I’m always wrong,” he said.

“Who knows what we will find next? This is a measurement given by an instrument that has its limitations. We are right at this time, but we could be wrong again as science advances. And hopefully it will be something very exciting that we will learn in the next few years. “