Tiffany Haddish has confirmed that she and Common are in a relationship.

She shared that things are going well as they quarantine together on a recent episode of the podcast “Steve-O’s Wild Ride!”

Haddish met the rapper/actor after he was cast to play her love interest in the 2019 film “The Kitchen.”

She said their relationship was one of the best she has ever been in.

“I’ve lost 20 pounds since I’ve been in this relationship,” she said. “I feel more confident in me and it’s not him that’s doing it. I’m just way happier and it’s like knowing I got somebody that cares about me, that really has my back.”

“It seems like he does anyways, and I love it,” Haddish added. “I love him.”

There has been speculation for months that the couple were serious. In April they went on a virtual date to promote the dating app Bumble. 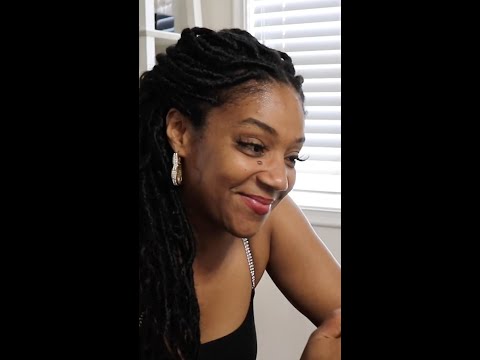 Haddish recently shaved her head and said during the podcast that her her boo joked, “We’re twins now.”