Ben Cross, star of ‘Chariots of Fire’ who appeared in ‘Star Trek,’ dies at 72

Ben Cross, the English actor who starred in the Oscar-winning film “Chariots of Fire” and appeared in reboots of “Star Trek” and “Dark Shadows,” has died.

He was 72, his manager told CNN in a statement.

Cross – who had been working recently – died in Vienna, Austria, according to his family. His daughter, Lauren, posted the news via his Facebook account, writing, “I am utterly heartbroken to share with you that my darling father died a few hours ago. He had been sick for a while but there was a rapid decline over the past week.”

Cross’ big breakthrough came when he was cast as Olympic runner Harold Abrahams – a Jewish athlete who had to overcome prejudice – in “Chariots,” the true story of two champions at the 1924 Games. Ian Charleson co-starred as Eric Liddell in the 1981 movie, which memorably included the scene of runners training on the beach set to Vangelis’ synthesized score. 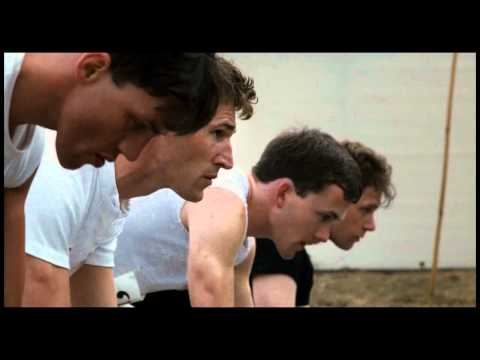 Cross subsequently starred in the BBC production “The Citadel” and ITV series “The Far Pavilions.” He also appeared in a 1984 American Express campaign tied to the Olympics, playing off his “Chariots” association, and a stage revival in “The Caine Mutiny Court-Martial,” opposite Charlton Heston.

Despite his classical training, Cross often found himself in fantasy and science-fiction fare.

In 1991, he was cast as the vampire Barnabas Collins in a miniseries revival of the macabre soap opera “Dark Shadows” for NBC. He later portrayed the villain in the 1995 movie “First Knight,” which starred Sean Connery as King Arthur and Richard Gere as Lancelot.

Cross further burnished his science-fiction credentials as Spock’s father, Sarek, in the 2009 reboot of “Star Trek,” with Chris Pine and Zachary Quinto.

Other TV roles included the title character in the miniseries “Solomon” and Captain Nemo in a CBS remake of “20,000 Leagues Under the Sea.”

Born Harry Bernard Cross in London, he was accepted into the Royal Academy of Dramatic Arts in 1970. A variety of stage roles followed before making his movie debut in the World War II epic “A Bridge Too Far.”

Cross had remained active primarily in television, including the series “Pandora” and “12 Monkeys,” and recently completed a role in the upcoming horror movie “The Devil’s Light.”

He is survived by his wife and two children.