KFC suspends its ‘finger lickin’ good’ slogan because of coronavirus

Several months after health officials recommended everyone stop touching their faces to help stop the spread of coronavirus, KFC said Monday that the 64-year-old slogan “doesn’t feel quite right.”

“We find ourselves in a unique situation — having an iconic slogan that doesn’t quite fit in the current environment,” said Catherine Tan-Gillespie, global chief marketing officer at KFC in a statement. The menu isn’t changing and the company said the slogan will return when the “time is right.”

To be clear, Monday’s announcement is a marketing campaign. A clever one, perhaps, with good intentions baked into it … but a marketing campaign nonetheless. KFC blurred out the slogan featured on old billboards and signs in a cheeky ad released on its YouTube page.

KFC presses pause on It's Finger Lickin' Good... for now. 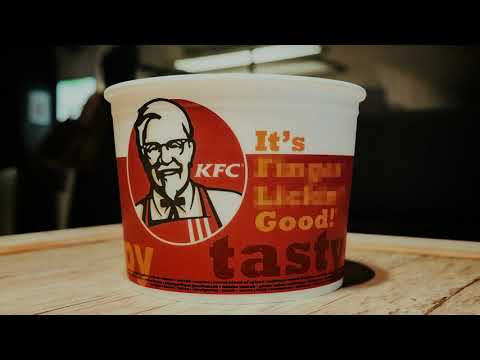 KFC, like most fast food places, uses bizarre, self-effacing and at times hokey marketing ploys to bring customers into their stores. Fast food is a low-growth, zero-loyalty business with razor-thin margins, so any bump in customers is a major win for quick-serve restaurant chains.

In the past, KFC has poked fun at itself by hawking chicken-scented clogs, chicken-scented yule logs, and, best of all, “finger lickin’ good” chicken-flavored edible nail polish (that one’s probably not coming back anytime soon. (Health experts, including the Centers for Disease Control and Prevention, have been urging people to wear masks, wash their hands thoroughly and avoid touching their faces as way to prevent Covid-19 from spreading.)

Also similar to other fast food restaurants, KFC temporarily closed down its dining rooms in March and encouraged customers to order via its drive-thrus or delivery. It also installed Plexiglas counter-top shields between employees and customers, required workers to wear masks and implemented health screenings before shifts.

After a couple months of absolutely horrendous foot traffic at restaurant, sales at KFC have bounced back sharply in recent months as people crave indulgences during a particularly stressful time in history. KFC is owned by Yum! Brands (YUM), which also owns Pizza Hut and Taco Bell.

Shannon Stapleton/Reuters
Why urgent care centers are popping up everywhere
Adobe Stock
Advertised salary ranges are not set in stone. That's why you still have to negotiate
Ad Feedback