The document shines a light on an often opaque criminal justice system, in which suspects are considered to be “worth less than an animal.”

Based on interviews with dozens of detainees and former officials, the extensive 88-page report by US-based Human Rights Watch (HRW) focuses on the country’s allegedly inhuman conditions at pretrial detention facilities.

“North Korea’s pretrial detention and investigation system is arbitrary, violent, cruel, and degrading,” said Brad Adams, Asia director at Human Rights Watch, in a news release. “North Koreans say they live in constant fear of being caught in a system where official procedures are usually irrelevant, guilt is presumed, and the only way out is through bribes and connections.”

The report highlights what it describes as North Korea’s “weak legal and institutional framework,” as well as the highly political nature of its courts and law enforcement agencies under the country’s ruling Party.

Human rights abuses within the secretive state have been well documented over the years, including by a United Nations Commission of Inquiry in 2014, but little is known about the pretrial system.

The report interviewed eight former government officials and 22 former detainees. All of those interviewed fled the country after 2011 – the year the country’s current leader, Kim Jong-un, took power.

In testimony provided to HRW, former detainee Lim Ok Kyung said she was arrested in 2014 for smuggling goods from China. She said her husband was a mid-level Party member and through connections was able to secure her release after ten days. However, Lim said that during her detention she was beaten and abused. “Some guards who passed by would hit me with their hands or kick me with their boots … For five days, they forced me to stay standing and didn’t let me sleep.”

Other testimonies match Lim’s claims of arbitrary beatings and torture, with former detainees recounting how they were forced to sit still on the floor for up to sixteen hours on their knees or cross-legged, with their head bowed. If they moved, they were beaten, the report claims.

Some women said they were sexually abused or raped in detention. Kim Sun Young, a former trader in her 50s, said she had been raped by her interrogator at a detention facility, while another police officer assaulted her by touching her body while interrogating her. Kim said she had been “powerless to resist.”

Other women spoke of the lack of a legal support once they had been detained, as well as the absence of basic hygiene amenities such as soap, menstrual supplies or blankets. All said they were held in extremely unhygienic conditions. 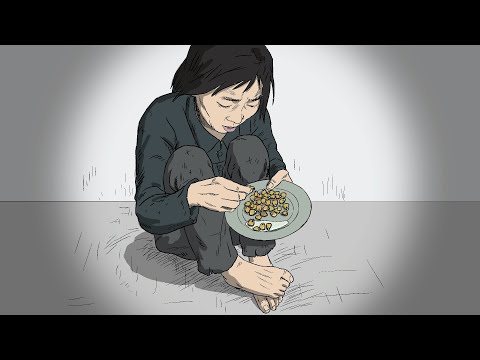 Another former detainee, Yoon Young Cheol, said that once inside the system, “you are just treated like you are worth less than an animal, and that’s what you end up becoming.” After a summary trial, Yoon, a former government employee was sentenced to unpaid hard labor for five years on charges of smuggling forbidden products, such as herbal medicines, silver and gold.

Former detainees and officials who spoke to CNN confirmed the report’s findings. One former police officer Heo Jong-hae said she and her colleagues were judged on the number of confessions they secured. “As soon as they arrive at the police station they start with beating. They are thinking, Let’s add to my numbers.

“If they solve the crime it helps with promotion and rising through the ranks,” Heo told CNN.

Heo worked in the North Korean capital Pyongyang in 2000, but claimed things are even worse now, based on information provided to her by family and friends still in North Korea.

Kang Ri-hyuk, a former military officer, told CNN how he was jailed for four days in 2013 for stealing corn. He was released after bribing guards with money and tobacco. “In jail, they treat you like a pig or a dog. They beat you mercilessly. I couldn’t walk for a week afterwards because they hit my knees,” said Kang.

Kang said that beating was so bad that even now, several years on, he struggles to walk on rainy days, and his joints were damaged during his time in detention.

HRW said it sent questions to the North Korean regime and asked for co-operation with the report but has had no response. Phil Robertson, deputy director of HRW’s Asia Division, told reporters Monday this was not a surprise, adding reaction from North Korea is “usually only news stories denouncing what we’ve found.”

HRW is calling on North Korea to “end endemic torture and cruel, inhuman, and degrading treatment in pretrial detention and interrogation facilities.”

North Korea has consistently denied human rights abuses occur within its borders despite the UN Commission of Inquiry concluding the regime was carrying out “unspeakable atrocities” against its own people and committing “systematic, widespread and grave violations of human rights” that amounted to crimes against humanity.