Chelsea Handler has made no secret of her crush on Governor Andrew Cuomo.

Since the start of the coronavirus pandemic she’d been following his daily press briefings and taking to social media to gush about her “big Italian hunk.” She also dedicates a portion of her latest HBO Max standup special, “Evolution,” to New York’s leader.

“The thing is, I like older men, which brings me to the strong and deep sexual feelings that I have developed for Andrew Cuomo,” she says in the special.

In case he hadn’t caught wind of her blossoming feelings for him, she then appeared on “The View,” to promote her special and revealed that she had asked Cuomo out.

“I did have a conversation with Cuomo a few months ago, and I did ask him out on a date,” she said. “And he did say yes. And then I never heard from him.”

Cuomo made his own appearance on “The View” Thursday to promote his own book, when he was asked about Handler’s very public crush on him.

“I’m a big fan of Chelsea and she is great. We have fun.” 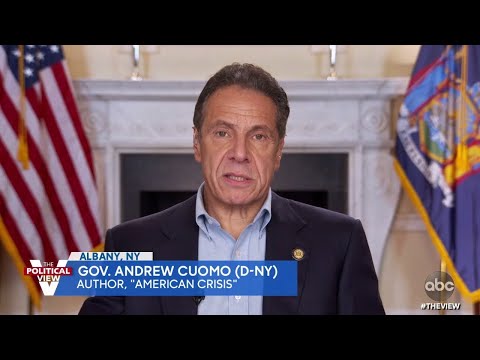 After he said that he’s currently dating only residents that live in New York state, Joy Behar warned him that Handler really would move here if that would land her a date.

“You know, I am only dating, at this point, in-state residents. I’m dating New York residents,” he said. “Ans so if Chelsea changes her residence, then maybe we can work it out.”