More than 25 years after her murder at the age of 23, Selena Quintanilla-Pérez, or just Selena, endures as a music icon. Her fan base spans oceans and generations. Her records have sold millions of copies. Her sartorial taste – the bedazzled bustiers – is best described as one of a kind.

This month, she also receives the Netflix treatment. The glossy “Selena: The Series” charts the Texas-born singer’s rise and reign as the Queen of Tejano music.

But Selena remains as much more than music royalty. What makes her stand out even today is the fact that her status as an icon is in large part because of, not despite, the richness of her identity as a Latina.

“I’m a pocho Tejano. That’s what I am,” Nathian Rodriguez, 39, a professor at San Diego State University, where he teaches a course on the late singer, told CNN. “To me, that’s what Selena symbolizes, the in-between. She’s representation for the borderlands, for people who are in the US but have Mexican heritage and aren’t from one place or the other.”

In a society that tends to paint Latinos one-dimensionally when it comes to language, looks, gender performance and even politics, Selena’s legacy grants complexity. 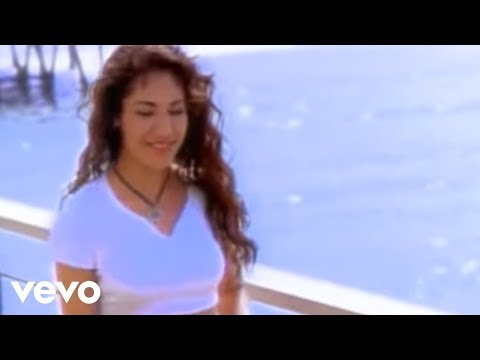 Like many US-born Latinos who grew up speaking English, Selena, who in Spanish-language interviews sometimes charmingly struggled to locate the correct words, learned to embrace a blend of cultures, a fact that the Netflix series underscores early on.

“Why do I need to sing in Spanish,” a young Selena (Madison Taylor Baez) protests after her imperious father, Abraham Quintanilla (Ricardo Chavira), switches off a Commodores song that was playing on the radio. “I’m American.”

“And Mexican,” her father says. “My family came from Mexico. You came from me. Like a thread, like a tree. You know, with the roots over there but growing here. Both countries, Selena. They come together in you.”

It’s this layered representation – the keen manner in which Selena forged a distinct identity and an iridescent persona from different cultural elements, from Mexico and the US, from Tejano and dance-pop and R&B – that sticks with superfan Laura Saiz, 32, who identifies as Chicana.

“I didn’t grow up speaking Spanish. I can speak some but not a lot,” Saiz, who keeps a Selena prayer candle on her desk, told CNN. “That she was accepted for her Spanish and English songs” – as of 2017, Selena’s 1995 crossover album, “Dreaming of You,” is the best-selling Latin album of all time – “is really powerful to me. Since I was little, Selena has helped me grow into my identity.”

To Saiz, Selena persists as a lodestar in a society that offers an unsophisticated portrayal of an entire community, a society where to be Latino supposedly means to be fluent in Spanish. (If that seems insignificant, just think back to how moving it was when New York Rep. Alexandra Ocasio-Cortez, who’s Puerto Rican, spoke imperfect Spanish on Univision in 2019.)

Andrea Robledo, 42, said that she didn’t grow up in a house with her father, who’s Mexican American, and that she didn’t learn Spanish until high school, when she began to explore her Latina identity.

“That’s how I learned Spanish, through listening to Selena’s music,” Robledo recalled, pointing to 1994’s “Fotos y Recuerdos,” a lilting track edged with melancholy, as a favorite. “I remember driving in my car in high school, taking Spanish classes and listening to the music. At first, I just listened to the beat and didn’t really know what she was saying – but then suddenly it clicked, and I could hear where one word ended and the next began.”

Selena’s legacy continues to challenge US norms in other ways, too. While other Latina musicians have achieved widespread fame since the singer’s death, very few have done so like Selena did – that is, without appealing to broader music industry tastes.

“In the United States, Latinos are often racialized as nonwhite. But the Latino community is a racially diverse one,” the Wellesley College professor Petra Rivera-Rideau explained over at The Washington Post in February, after the eye-popping Super Bowl halftime show where Shakira (from Colombia) and Jennifer Lopez (of Puerto Rican descent) presented both a trenchant rebuke of the Trump administration’s anti-immigrant policies and an occasion to parse racial politics. “Many of our most successful Latin musicians embody what scholars have called the ‘Latin look,’ ” which can include lighter hair, a fairer complexion and European features.

Over the years, Shakira, especially, has drawn attention for this look. When the singer belly-danced into the English-language market in 2001 with her hit album “Laundry Service” – which includes the extraordinary “Whenever, Wherever” – her hair became considerably blonder.

“(She) provided a rare and affirming representation of frequently devalued morena (dark) traits in a world where most Latin/a American celebrities conformed to Anglo-American standards of beauty,” the Columbia University professor Deborah Paredez writes in her 2009 book, “Selenidad: Selena, Latinos and the Performance of Memory.”

Paredez also notes that “Selena and her subsequent phenomenon opened up a space for the representation of working-class, brown women and made visible traditionally ignored Latina/o histories and the ongoing Latina/o presence within US cultural, political and economic spheres.”

Still today, Selena’s celebrity speaks to a certain experience – one variety of the Mexican American experience – and welcomes in others. 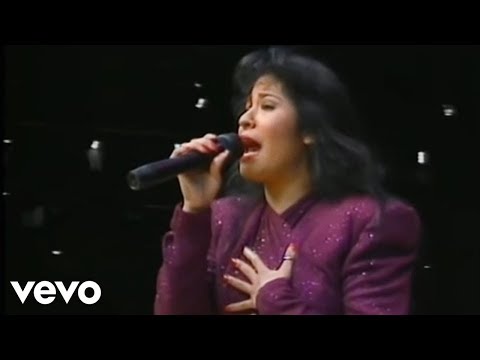 And this is to say nothing of Selena’s notable queer legacy, though the singer never explicitly declared queer artistic intent.

Seldom does US society make room for Latinos along the spectrum of orientations and identities that go against the mainstream. You could say that Selena’s abiding star persona corrects that omission.

Manuel Betancourt, 36, lives in West Hollywood but was born and raised in Colombia. Like innumerable others, he fell in love with the Queen of Tejano music through Gregory Nava’s beloved 1997 biopic “Selena,” the movie that launched Lopez to megastardom and that Betancourt saw on TV about 20 times in the late ’90s.

(At first, the selection of a Puerto Rican actor to play Selena sparked controversy. But as Jezebel’s Julianne Escobedo Shepherd wrote in 2017, the anger eventually quieted, and in time, Lopez’s casting only emphasized Selena’s expansive Latino appeal.)

“What makes Selena a gay icon is the element of self-fashioning she embodied,” he told CNN. “She wasn’t just self-made, in that she came from a working-class family. She also did her own makeup. She designed her own costumes. She was figuring out how she wanted to present herself to the world. That DIY aesthetic is important to queer people. They see that they can do things with their bodies, their clothes, their gender performance and be the person they want to be.”

That reading is as pure a distillation of Selena’s impact as might be imaginable.

To many of Selena’s Latino fans, the singer’s legacy is about possibility – about proffering what could be, about creating space, about making knottiness legible and OK.

Or as Rodriguez put it, “Selena symbolizes the fact that there’s no one way to be Latino. We’re all different. She reassures me that I’m doing it correctly, that I’m doing the whole Mexican American thing correctly for me.”