Worldwide distribution of Covid-19 vaccines is crucial for the economy, Melinda Gates says

As coronavirus vaccines begin rolling out — a crucial step in ending the pandemic that has killed more than 1.5 million people and caused economic pain around the globe — Melinda Gates is urging leaders of wealthy countries not to forget about the rest of the world.

“Everybody needs this vaccine,” Gates, co-chair of the Bill and Melinda Gates Foundation, told CNN’s Poppy Harlow in a broadcast interview Thursday. “If we only get it to the high-income countries, this disease is going to bounce around. We’re going to see twice as many deaths. And our recovery of our economies is going to be much slower than if we get the vaccine out to everybody.”

The Gates Foundation on Thursday said it plans to commit an additional $250 million to support the “research, development and equitable delivery” of tools to fight Covid-19, including tests, treatments and vaccines. The announcement brings the group’s total commitments to the global Covid-19 response to $1.75 billion.

Gates’ comments also come as the US Food and Drug Administration’s Vaccines and Related Biological Products Advisory Committee meets to review data from Pfizer (PFE) on its coronavirus vaccine and make a recommendation to the FDA about whether to authorize it. The first shipments of the Pfizer (PFE) vaccine are set to be delivered on December 15, according to an Operation Warp Speed document obtained by CNN earlier this month.

The United Kingdom on Tuesday became the first country to begin vaccinating its citizens using the vaccine developed by Pfizer and its German partner BioNTech.

“If you think about where we were on March 30th, I don’t think any of us would have predicted that by the end of December, or mid-December, we’d have a vaccine,” she said. “It is an incredible tribute to the vaccine community, to the scientists who have worked night and day on these vaccines to even get us to this point. It is a really exciting moment for the country.” 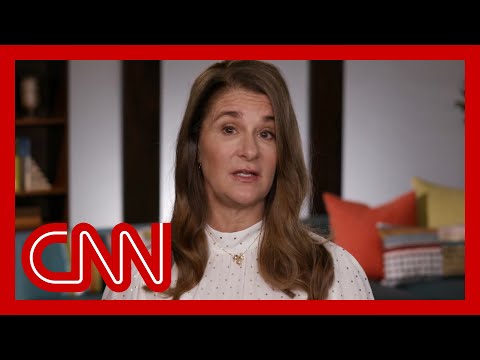 But approval of a vaccine is only the beginning. The shots will then need to be manufactured and distributed around the country — a complex process that’s expected to take months — and in the meantime, people must continue taking preventative measures. And that process needs to happen not only in the United States, but around the world.

Gates said she was “incredibly disappointed” by President Donald Trump’s signing of a largely symbolic executive order on Tuesday aimed at prioritizing the shipment of the coronavirus vaccine to Americans before other nations — the Gates have previously warned about so-called “vaccine nationalism.” She said she is more optimistic about the incoming Joe Biden administration’s approach and has been in touch with the President-elect about his plans.

“One of the things I know about President-elect Biden is he’s not just thinking about how to keep Americans safe, he’s thinking about global leadership about how to keep everybody safe,” Gates said. “We will add more money to our economy if we get everybody else vaccinated. He knows if you want to get manufacturing back up and running, you want people to be able to travel … you’ve got to get everybody vaccinated [worldwide].”

Ensuring broad distribution and delivery of Covid-19 vaccines, treatments and tests is a key focus of the financial commitment the Gates Foundation announced Thursday.

Part of the money will be earmarked to buy 200 million vaccine doses and 120 million antigen tests for low- and middle-income countries, Gates said. The foundation is also working closely with Gavi, a global organization partnering with governments to ensure vaccines are available in such countries.

“It takes a lot of planning to get vaccine out to these remote, rural areas,” Gates said. “The planning has to start now if, in fact, we’re going to get vaccine there. It’s got to be purchased, manufactured, and then there has to be money there for it to be purchased. And so the world needs to put up more money to make sure that low-income countries can get the vaccine.”

She lauded European countries that have pledged funds, along with the Gates Foundation, to help purchase vaccines for poor countries.

In the United States, the head of distribution for Operation Warp Speed said last month that every American who wants a Covid-19 vaccine will receive one by June.

Gates said she expects that milestone to be reached by sometime this summer, if not by June 1, because other types of vaccines in development are easier to manufacture and production can be scaled up quickly.

“Summer timeframe, yes, there should be lots of vaccine available in the United States,” Gates said, adding that there are still some “dark months” ahead before much of the country is vaccinated.

A full economic recovery in the United States will likely require more than an effective and widely distributed vaccine.

Unemployment claims remain well above their pre-pandemic levels and recovery is slowing as case numbers continue rising. Women have been hit especially hard because of their outsized presence in affected industries and their family caretaking responsibilities.

Gates encouraged policymakers to consider a long term solution that will ensure women aren’t at risk again should another crisis occur. She has called on Biden to appoint a caregiving “czar” to examine the issue.

“What I want to see is somebody at a high level in the administration coordinating across agencies,” Gates said, adding that a $50 billion investment could help revitalize US child and eldercare infrastructure. She said the country would also benefit from a robust paid family and medical leave policy.

FILE - In this July 27, 2020, file photo, nurse Kathe Olmstead prepares a shot that is part of a possible COVID-19 vaccine, developed by the National Institutes of Health and Moderna Inc., in Binghamton, N.Y. Moderna Inc. says it will ask U.S. and European regulators to allow emergency use of its COVID-19 vaccine as new study results confirm the shots offer strong protection. (AP Photo/Hans Pennink, File)
Hans Pennink/AP

Social media must prepare for flood of Covid-19 vaccine misinformation

“One in four women say they’re thinking of downshifting their career because they can’t make it all work between childcare and elderly care, this isn’t some side issue,” Gates said. “What keeps our economy running? Not just men in jobs, but women. Women are 88% of our healthcare workforce. They’re over 60% of the frontline cashiers. They’re over 70% of our teachers. So I think we want women to return to work. We’ve got to fix this.”

Another takeaway from the pandemic that must be addressed, according to Gates: disinformation. False claims about the virus, preventative measures, vaccines and even the Gates themselves have run rampant on social media and elsewhere on the internet throughout the pandemic.

“Disinformation can equal death,” Gates said. “If you don’t do the right things to keep yourself safe, you or a loved one may die. And that’s why it’s so discouraging to see so much disinformation spread out there.”

Gates, who previously worked as a general manager at Microsoft and whose husband co-founded Microsoft, called on tech companies to take responsibility for their role in the spread of false information. She also said regulators and policymakers need to “catch up” with the rapid growth of social media.

“That is something that Congress is going to need to wrestle with: What is appropriate regulation for these platforms?” Gates said.