The Church of Cyprus has called for the country’s official entry to the Eurovision Song Contest to be withdrawn, arguing that it promotes devil-worship.

Greek singer Elena Tsagrinou is due to represent the island nation in Rotterdam in May with the dance-y pop song “El Diablo.” She rose to fame in 2009, making to the semifinal of “Greece’s Got Talent” aged just 14.

According to the contest’s official website, the song is “about falling in love with someone as bad as El Diablo.”

The controversial entry includes lines such as “Tonight we gonna burn in a party, it’s heaven in hell with you” and “I gave my heart to El Diablo … because he tells me I’m his angel.” 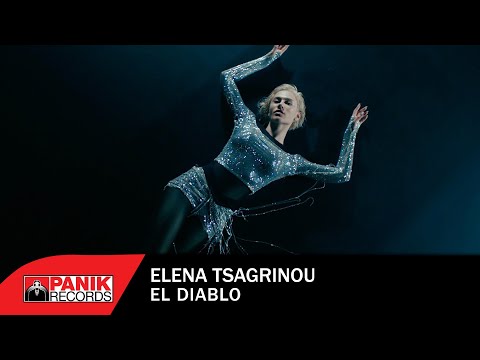 The Holy Synod of the Orthodox Church of Cyprus issued a strongly worded statement Tuesday in which it expressed “its intense disagreement and frustration” with the stance of national broadcaster Cyprus Broadcasting Corporation (CyBC) over the selection of the song.

It said the song “favored our global ridicule by advocating our surrender to the devil and promoting his worship,” while praising the “fatalistic submission of humans to the devil’s power.”

The Holy Synod of the Orthodox Church of Cyprus has called for the song to be withdrawn.
Petros Karadjias/AP

In a statement issued through her label, Panik Records, Tsagrinou told CNN: “‘El Diablo’ is clearly an allegorical song! It says the story of a woman who manages to get out of a toxic relationship and sends a message of strength to the audience. Music unites us all, it does not divide us!”

She said she and her collaborators “remain committed to our goal; to represent Cyprus worthily in the music contest.”

Ukranian Verka Serduchka sings 'Dancing Lasha Tumbai' during the final of the Eurovision Song Contest 2007 final in Helsinki, Finland, 12 May 2007. Serbian singer Marija Serifovic won the Eurovision Song Contest 2007 finalahead of Ukrainian drag queen Verka Serduchka followed by Russian girl band Serebrob with Song#1. Acts from 24 countries competed at the Hartwall Areena in front of 12,000 spectators and up to 100 million television viewers across Europe, vying for their votes in the kitsch glamour contest created in 1956.
AFP/Getty Images

CyBC chairman Andreas Frangos told local journalists that the broadcaster had no plans to withdraw “El Diablo” from the competition.

The corporation told CNN in a statement: “The song tells the story of a girl who finds herself trapped in an exploitative relationship with a bad guy, hence she calls him ‘el diablo’. It is the eternal struggle between evil and good. Through this problematic Stockholm Syndrome relationship and despite the paranoia she experiences, in the end the truth always shines, and she seeks help to break the ties on a path to freedom.”

“Any other interpretation has nothing to do with the meaning of the song,” CyBC added, “which especially nowadays should not only be applauded, but also be an inspiration not only for women but for anyone experiencing similar situations.”

Dismissing the CyBC’s “metaphorical interpretation,” the church described the lyrics as “provocative and unacceptable” and “completely at odds with our people’s values.”

It said it had been contacted by “thousands” of citizens expressing displeasure at the song choice.

“We call on the government who appoints CyBC’s board of directors to cancel the selection of this particular song and replace it with a different one which expresses our history and culture, our traditions and our claims,” the church said.

The call comes days after police were called to CyBC’s offices following reports that a 48-year-old man had illegally entered the premises to protest about the song.

A spokesman for the Ministry of the Interior told CNN that the man “was charged for trespassing, disturbance in a public place, insult and threat.”

The affair has even reached the highest levels of Cypriot politics.

Victoras Papadopoulos, director of the president’s press office, said in a statement: “We respect the views of the Holy Synod or of those who disagree with the title of the song that will represent Cyprus in this year’s Eurovision contest.

KIEV, UKRAINE - MAY 13: The audience at the Eurovision Grand Final on May 13, 2017 in Kiev, Ukraine. Ukraine is the 62nd host of the annual iteration of the international song contest. It is the longest running international TV song competition, held primarily among countries from Europe. Each participating country will perform an original song, votes cast by the other countries determine the winner. This year's winner Salvador Sobral from Portugal won with his love ballad 'Amar Pelos Dois'. (Photo by Brendan Hoffman/Getty Images)
Brendan Hoffman/Getty Images

“At the same time, however, the Government fully respects creative intellectual and artistic freedom that cannot be misinterpreted or limited because of a song’s title, and unnecessary dimensions should not be attributed.”

Running since 1956, the Eurovision Song Contest is the world’s oldest TV music competition, according to Guinness World Records.

This week, Eurovision organizers issued extensive Covid-19 health and safety plans to allow the contest to go ahead in May, after it was canceled last year due to the pandemic.

All entrants will have to quarantine for five days before departure to the Netherlands and must test negative for the virus 72 hours before flying. Once in Rotterdam, delegations must stay in their hotel, except when at the Ahoy Arena for rehearsals, the live shows and other related activities, organizers said.