Live from New York, it’s Elon Musk. And his mother too.

After much fanfare, anticipation and some controversy, the eccentric tech billionaire took the stage at Studio 8H as host of “Saturday Night Live” on Saturday.

“It’s an honor to be hosting ‘Saturday Night Live. I mean that,” Musk said. “Sometimes after I say something, I have to say, ‘I mean that,’ so people really know that I mean it.”

Musk, who is the CEO of Tesla and one of the richest people on the planet, didn’t waste any time jumping into jokes about his Twitter account, smoking weed with Joe Rogan, and his son’s name, “X Æ A-12.”

“It’s pronounced cat running across keyboard,” he said of his son’s name.

Musk wasn’t alone on stage, however. The CEO brought out his mother Maye during his monologue since Sunday is Mother’s Day.

“I’m excited for my mother’s day gift. I just hope it’s not dogecoin,” Musk’s mother said mentioning the cryptocurrency, which Musk has been a vocal supporter of.

Musk’s monologue covered a bunch of subjects but he seemed comfortable, which says a lot considering he’s not an actor or comedian.

Musk is a surprising choice for the show given that “SNL” is not known for picking hosts from the tech or business world. The selection also raised some eyebrows, including with some castmembers signaling their displeasure at the choice, since Musk has courted controversy in the past. 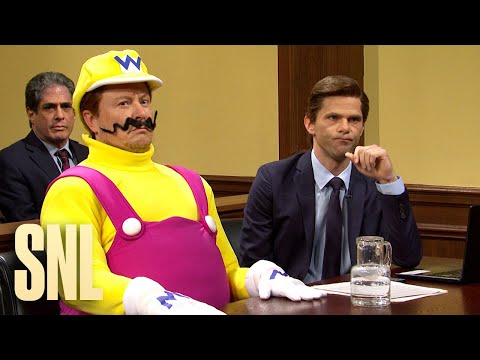 Musk spoke a little bit about his erratic comments while making jokes to kick off the show.

For example, he shared his vision for the future with the audience saying that he believes in a renewable energy future and that humans have to become a multi-planet civilization.

“Those seem like exciting goals, don’t they?” he said. “Now think, if I just posted that on Twitter, I’d be fine.”

Dogecoin tumbles after Elon Musk jokes about it on 'SNL'

Musk added that he knows that sometimes he says or posts strange things, but said that’s how his brain works and revealed that he has Asperger’s syndrome.

“To anyone I’ve offended, I just want to say, I reinvented electric cars and I’m sending people to Mars in a rocket ship,” Musk said. “Did you also think I was going to be a chill normal dude?”

Musk also starred in sketches including one where he played a doctor in “Gen Z Hospital,” another where he played the Nintendo character Wario, and he also came up during the show’s “Weekend Update.” 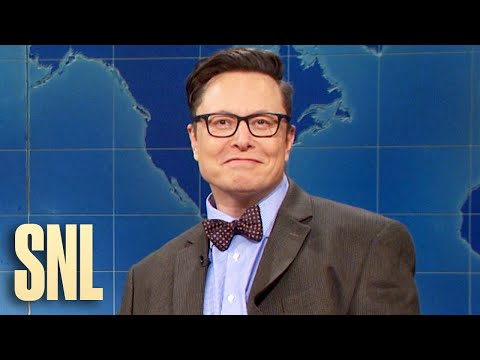 “I don’t know if you guys were following the news today, but a space rocket that was spinning out of control just minutes ago crashed into the ocean,” castmember Colin Jost said. “And for once we know it’s not Elon’s fault.”

Jost added that “a lot of people have been wondering, ‘why is he hosting our show?’”

“Now we know, it’s because he needed an alibi,” Jost said.

Saturday’s “SNL” was also notable because it was the first time the show has ever been live-streamed internationally.

YouTube streamed it live in more than 100 countries, including Australia, Canada, India, Mexico, Russia and the United Kingdom, NBC announced on Saturday.