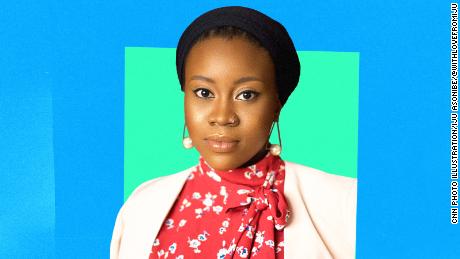 Why is it so strange to get married and keep my surname in 2021?

Aisha Salaudeen is a CNN producer based in Lagos, Nigeria. The views expressed in this commentary belong solely to the author. Read more from As Equals. For information about how the series is funded and more, check out our FAQs.

Lagos, Nigeria -- The women at the immigration counter thought I was crazy.
"I still don't understand why you won't use your husband's name," one of them said, pointing to the section of a form where I had indicated my marital status.
"Because it is his name, not mine," I replied, completely taken aback by this unsolicited opinion.
Unfazed by my blunt response, the questions about why I so stubbornly was choosing to keep my birth name continued for about 15 minutes.
I should have been shocked by the topic of discussion, but I wasn't. I got married in October 2020, and as soon as the fuss from the ceremony died down, I was faced with a barrage of questions from friends and family about when I planned to adopt my husband's last name.
Read More
On some occasions, I found myself being queried by strangers -- like the immigration officers whose sole remit was to renew my Nigerian passport.
Yes, it remains common practice for women to take on their husband's surnames when they get married, but around the world, as in Nigeria where I was born and raised, there's no law that makes it compulsory to do. It's simply the status quo -- but not one that I'm the only person frustrated with, as I learned after a tweet about my experience went viral.

The reasons women adopt their partner's names of course differ. Some women don't like their birth names and can't wait to trade them in.
Others, aware of the laws that make it difficult to travel with minors who don't bear your surname, make the change so they shared the same name with their children. In <a href="https://www.britishairways.com/cms/global/pdfs/S