The singer revealed she had heard his cover of “Jolene,” and instantly loved it. She took to Instagram with a picture of herself with Lil Nas X to share her appreciation for his take on the hit.

“I was so excited when someone told me that Lil Nas X had done my song ‘Jolene.’ I had to find it and listen to it immediately…and it’s really, really good,” wrote Parton. “Of course, I love him anyway. I was surprised and I’m honored and flattered. I hope he does good for both of us. Thank you @lilnasx “

The “Industry Baby” singer had performed the song last week at the BBC Radio 1 Live Lounge. 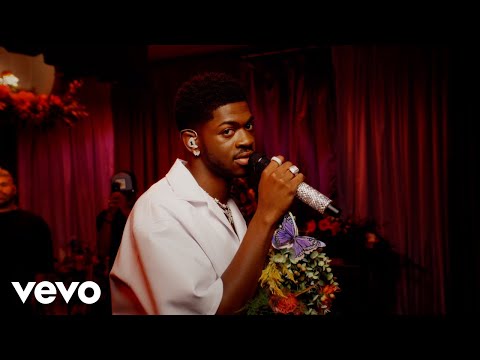 He had explained on SiriusXM on Tuesday how he chose “Jolene.”

“We originally were going to do a Nirvana song and then we were kind of goofing around and you know, like doing Jolene, it was like, wait a minute. What if we actually did Jolene?” he said.

He continued, “And I feel like, you know, the context to it, like completely changes as you just said, I was like, ‘Oh, that’d be really cool.’ So I went for it. Hey, [I] have my history with country. So I was like, ah, this is perfect.”

Parton thinks so too.