Get '5 things' in your inbox

This morning’s October jobs report is expected to contain good news. An estimated 450,000 jobs were added last month, more than in both September and August.

Three people are dead and eight more are seriously injured after a mass shooting at Oxford High School in Oxford, Michigan. All three who were killed and most of the wounded were students. The suspect, a 15-year-old sophomore at the school, was taken into custody as police arrived on the scene. His parents have hired an attorney and have not let him talk to police, authorities said. The weapon recovered by law enforcement at the scene, a 9MM semi-automatic pistol, was bought Friday by suspect’s father, authorities said. Investigators have a “tremendous amount of video footage” to examine as they work to gather more information about the incident, and they are also looking at the suspect’s social media accounts.

The Supreme Court will hear oral arguments today in a case that could result in Roe v. Wade being overturned. The Mississippi law at issue bars most abortions after 15 weeks of pregnancy, a standard that violates legal precedent set by the 1973 decision. Several such laws have been enacted across the country recently with the aim of getting the Supreme Court to hear a direct challenge to Roe. A similar law in Texas that drew widespread condemnation was allowed to go into effect in September despite surprising skepticism from some conservative Supreme Court justices. That law is also before the court. While the high court’s decision on both these laws could curtail abortion access in several ways, conservative legislators have long tried to get Roe overturned altogether. By one estimate from the pro-abortion rights Guttmacher Institute, 26 states are certain or likely to ban abortions if the precedent is overturned.

Video Ad Feedback
SCOTUS asks if Texas law would be a slippery slope for other rights
03:27 - Source: CNN

Top US government officials are considering stricter testing requirements for everyone traveling to the US as concerns about the Omicron variant rise. These new requirements could include a Covid-19 test the day before a traveler’s flight and having all travelers – including US citizens and permanent residents – test again after getting home. Meanwhile, the Biden administration is working with vaccine manufacturers on contingency plans in case future coronavirus vaccines need to be modified to better fight new variants of the virus. One of the biggest concerns surrounding Omicron is the possibility of “immune escape,” in which a variant is so mutated from other known strains that it may evade protection of vaccines and treatments.

Mark Meadows, former President Donald Trump’s onetime chief of staff, is now cooperating with the House select committee investigating the January 6 Capitol insurrection. Meadows is providing records and has agreed to appear for an initial interview, staving off a criminal contempt referral for defying a subpoena from the committee. The panel has tried to come down hard on Trump allies it’s subpoenaed, some of whom, like Meadows and former Trump adviser Steve Bannon, have tried to evade legal summons. Georgia Secretary of State Brad Raffensperger spoke yesterday to the committee about his experience with Trump’s 2020 election lies. During a now-infamous phone call in January, Trump pressed Raffensperger to “find” the votes needed to overturn results showing Biden had won the state. Raffensperger refused.

Myanmar’s military government has filed a new corruption charge against deposed civilian leader Aung San Suu Kyi and former President Win Myint, according to state-run media. Suu Kyi has faced nearly a dozen cases against her since she and her ruling National League for Democracy party were overthrown in a February military coup. Her lawyers and supporters consider the charges against her to be politically motivated. Suu Kyi has been held in detention at an undisclosed location as Myanmar has descended into violence and fear under the military junta’s rule. Scores of protesters and political opponents have been arrested since the coup, and the military has even targeted medics attending to anti-junta groups.

Extra credit if you can name the Netflix movie that previously held that title. (You’ll find the answer at the end of the Breakfast Browse!)

The Rockefeller Center Christmas tree lighting is set for today

The tree is the sturdy kind that doesn’t mind the snow.

Who among us has not put life and limb on the line for a holiday feast?

Yet another thing to blame on supply chain problems.

You get lost in the wilderness. Do you know how to survive? Here’s some help

Well, I had never really worried about it before, but now I will!

That’s about how much US law enforcement officials seized in cryptocurrency tied to ransomware attacks committed by a Russian resident. The operation, carried out in August, was part of ongoing US efforts to cut the sources of funding for Russian and Eastern European cybercriminals following a series of damaging attacks.

“I want to applaud the courage of the numerous players, executives, and staffers for fighting toxic environments of racial insensitivity, sexual harassment, and micro-aggressions with their truth.”

The American Library Association, in a statement about what it called a “dramatic uptick” in attempts to censor or remove books pertaining to LGBTQ issues and people of color. The ALA’s Office for Intellectual Freedom has tracked 155 such incidents across the country since June 1, often spurred on by conservative groups or leaders. 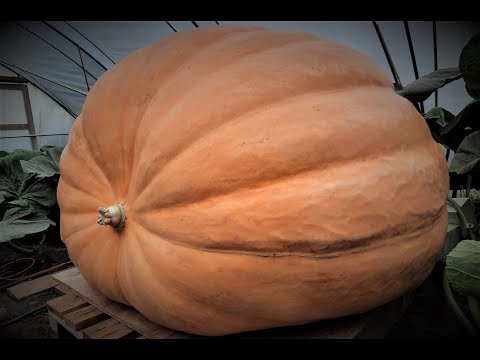 How does a pumpkin get THIS big? Well, watch this cool time lapse and find out! (Click here to view)