How to support animal lover Betty White’s favorite cause

A lifelong animal lover, White – who died Friday at age 99 – said her parents instilled in her a compassion for all creatures great and small. “They imbued in me the fact that, to me, there isn’t an animal on the planet that I don’t find fascinating and want to learn more about,” she told Smithsonian Magazine.

She even aspired to become a forest ranger or zookeeper before going to Hollywood.

“I often say that I have to stay in show business to pay for my animal business,” White liked to joke. Throughout her career she worked with a number of animal health, welfare, and conservation groups, including those below.

White passionately advocated for zoos – particularly the Los Angeles Zoo – and took an active role in the non-profit supporting it. Besides her zoo commissioner duties, she volunteered with the Greater Los Angeles Zoo Association for more than 40 years as a trustee and chair. She strongly supported the conservation and educational missions of zoos.

“Zoos have changed dramatically in our lifetimes,” White wrote for the Los Angeles Zoo. “Our zoo animals serve as ambassadors to the public – to make people aware of the diminishing wild populations before it is too late. A message that will only register by seeing these wondrous creatures live and up close.”

In 2011, White published “Betty and Friends: My Life at the Zoo,” a book chronicling her experiences with animals. The crew on her TV Land sitcom “Hot in Cleveland” adopted a baby orangutan at the Los Angeles Zoo the following year and named it after her character on the show.

A special message from Betty White 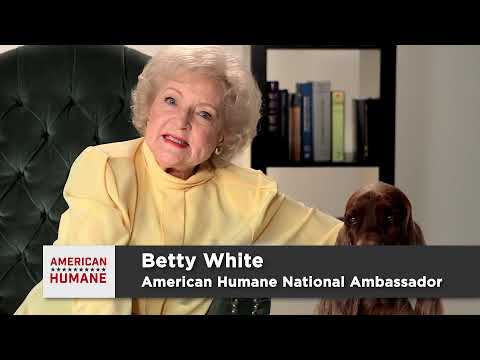 American Humane (formerly known as American Humane Association) is the first animal welfare group White joined, and she remained involved for more than 60 years. White said her acting work allowed her to see firsthand how the group kept her animal co-stars safe on set through its “No Animals Were Harmed” certification program.

She became a national ambassador for the non-profit and appeared in public service announcement like the one above. In 2012, American Humane honored White with its highest honor, the National Humanitarian Medal, and its Legacy Award for a lifetime of helping animals.

“Betty White is a tireless and devoted animal welfare advocate and we are proud to honor her with these two special awards,” American Humane President and CEO Robin Ganzert said in a statement at the time. “Betty is an inspiration to me personally, to everyone at American Humane Association and to millions of animal lovers around the globe.”

Guide Dogs for the Blind 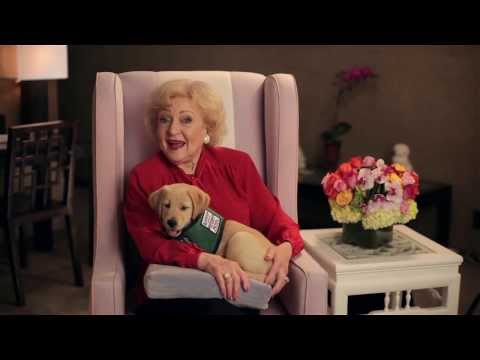 White was a major donor to Guide Dogs for the Blind. She was involved with the non-profit for more than 30 years, sponsoring dogs, hosting benefits and raising money.

White didn’t need a guide dog to get around, but she took one home anyway — as a pet. After she lost a previous dog to cancer, Guide Dogs for the Blind offered her Pontiac, a young golden retriever in need of a career change. A leg problem ended his service dog training, but it led to a close companionship with White.

“That’s my heart, my golden retriever,” she told AARP. “Whenever I come home late from work at night, I come up to the house and here’s this big golden head in the window on the left stairway landing, looking out and waiting for me.” 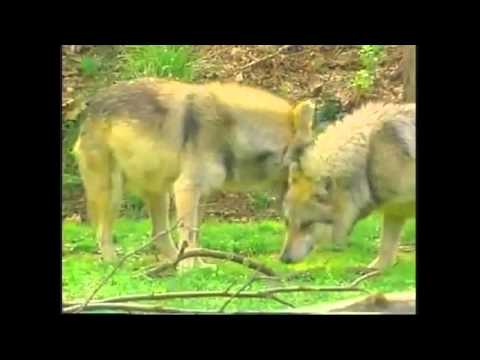 Marlin Perkins, the famed zoologist and host of the television show “Mutual of Omaha’s Wild Kingdom,” and his wife, Carol, founded the Endangered Wolf Center in 1971. Previously known as the Wild Canid Survival and Research Center, the non-profit cares for endangered species of canids like the Mexican gray wolf and reintroduces them into the wild to help balance natural ecosystems. It is now considered an essential part of federal wolf recovery efforts.

Without White, though, it may have never happened.

“It was all Betty’s fault,” Carol Perkins told the St. Louis Dispatch in 2000. “Betty’s the one who turned me on to wolves.”

White loved wolves all her life. She fondly remembered seeing and hearing them as a child on family camping trips. After White and Perkins met in the early 1960s, White sent a book about wolves to Perkins, and Perkins credited their friendship for sparking her own interest in the animals.

In 2005, White began the non-profit’s “Puppy Naming Club” — supporters who get to pick names for the center’s youngest wolves. The name she chose for a male pup was fitting: Perkins, after her late friend Marlin, who passed away in 1986. 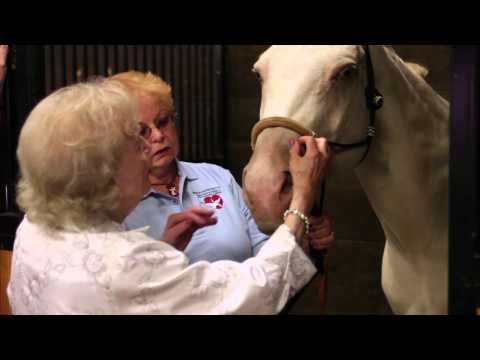 BraveHearts Therapeutic Riding and Educational Center uses horsemanship to help children and adults deal with medical problems. It’s home to the largest equine-based services program for veterans in the US.

White got involved with BraveHearts through a contact on the board. She became a close friend and generous supporter, attending fundraisers and sponsoring a golden-colored horse named Baby.

White connected with humans and horses alike during her visit to the center.

“Here is this wonderful, iconic lady floating through the barn, adoring the horses, they adoring her back,” Gunnar recalled. “And the students and their families flocking up to her, and she was just so kind and gracious and giving to them.”