(You can get “5 Things You Need to Know Today” delivered to your inbox daily. Sign up here.)

Ten people were killed in a racially motivated mass shooting in Buffalo, New York, on Saturday afternoon. Details are emerging of a racist manifesto allegedly written by the 18-year-old White man suspected of traveling nearly 200 miles from his home to attack a predominantly Black neighborhood. The gunman opened fire outside a Tops Friendly Markets store, shooting and killing several people in the parking lot before entering the building. He exchanged gunfire with an armed security guard – who was killed – and shot more individuals inside, then exited and surrendered to police. The suspect, Payton Gendron, was taken into custody and is currently under suicide watch, Erie County Sheriff John C. Garcia said. He was charged with first-degree murder and pleaded not guilty in court, officials said. President Joe Biden is scheduled to travel to Buffalo tomorrow to meet with the families of victims, the White House said.

Former President Donald Trump and a right-wing lawyer were part of a “criminal conspiracy” to overturn the 2020 presidential election, the House select committee investigating the January 6 Capitol riot alleged in a court filing yesterday. The 61-page filing is part of an attempt to gain access to emails from lawyer John Eastman, who the committee says helped Trump orchestrate the plot. House members have also signaled they may make a criminal referral to the Justice Department about Trump, depending on their findings. To date, no top advisers around Trump have been charged for crimes related to the attack on the US Capitol. However, the Justice Department has charged more than 750 people who participated in the pro-Trump riot, which interrupted Congress from its session certifying the election.

Gun violence also plagued the Southern California city of Laguna Woods yesterday after a shooting at a church left at least one person dead and five others injured. The shooting occurred at the Geneva Presbyterian Church during an event to honor a former pastor of a Taiwanese congregation that uses the church for its worship services. Police have a suspect in custody, Orange County Undersheriff Jeff Hallock said during a news conference yesterday. He is believed to be an Asian man in his 60s who doesn’t live in the area. The suspect was detained after a group of churchgoers were able to hogtie his legs with an extension cord and confiscate at least two handguns from him, Hallock said. Investigators are working to determine whether he has any connections to the church or its congregants. Police do not yet have a motive, Hallock said.

A group of state attorneys general announced an investigation into TikTok’s impact on the mental health of young Americans. The probe zeroes in on the social media platform’s engagement techniques to determine whether any of its practices may run afoul of state consumer protection laws, according to announcements by the states. Connecticut Attorney General William Tong cited “reckless viral challenges” on TikTok as a major source of concern. TikTok said that it limits its features by age, provides tools and resources to parents, and designs its policies with the well-being of young people in mind. This comes after a November 2021 announcement of a similar multi-state investigation into Meta platforms, including Facebook and Instagram.

An NFT of Ukraine’s flag has raised more than $6.7 million for the country’s defenses

Cryptocurrency donations are pouring in as thousands of users – and celebrities – bid for a share of the digital image.

Thousands of vehicles from brands including Porsche, Bentley and Lamborghini are now on the bottom of the ocean… yikes.

Amazon is closing all of its physical bookstores

First, Amazon shuttered the doors of traditional bookstores worldwide. Then it opened its own. Now, they’re closing them all.

Luxury hotels are collaborating with popular brands to create the ultimate customer experience.

One of the world’s longest border closures ends today! Australian citizens will finally be able to visit their friends and loved ones.

That was the blood alcohol level of a JetBlue pilot who was “removed from his duties” yesterday after failing a Breathalyzer test before a flight at Buffalo Niagara International Airport. James Clifton, 52, was passing through security when a TSA agent raised concerns that he may have been impaired. The blood alcohol limit for pilots is 0.04, according to the FAA, meaning the pilot’s blood alcohol level was more than four times the legal limit per FAA regulations. Clifton later admitted to having 5-6 drinks “the night before at dinner,” according to a police report.

“No matter how far we come, we get reminded that it’s not enough.”

–Serena Williams, calling out The New York Times yesterday after the paper published an article about her venture fund but used a photo of her sister, Venus. The Times apologized on Twitter saying, “this was our mistake” and confirmed a correction will appear in today’s paper. 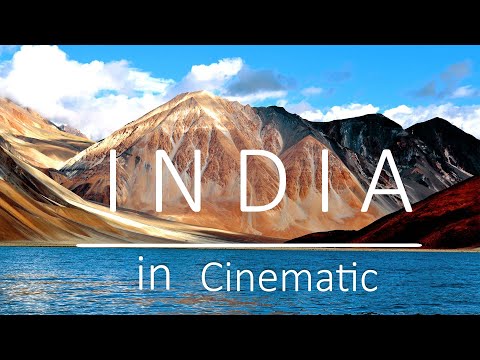 Start your morning with this beautiful exploration of India. (Click here to view)