A Ukrainian punk band has released an anti-war spin on The Clash’s hit song “London Calling,” with the blessing of the English band itself.

The cover, which describes Ukrainian resistance to the Russian invasion, is called “Kyiv Calling” and calls for global support for Ukraine. “Kyiv calling to the whole world / Come out of neutrality, you boys and girls,” sings the band, known as Beton.

“Cause Kyiv is rising,” the lyrics continue. “We live by resistance.” The lyrics also allude to Russia’s powerful use of propaganda to tell its own citizens a warped narrative about the invasion: “And you know what Moscow said? Well, none of it was true.”

Russia invaded Ukraine in late February, killing hundreds of people and forcing millions of others to flee the country. As of Sunday, there were more than 3 million refugees, including at least 1.5 million children, according to the International Organization for Migration. Most of them have fled to nearby countries, including Romania, Moldova, and Poland. Millions more are internally displaced within Ukraine. 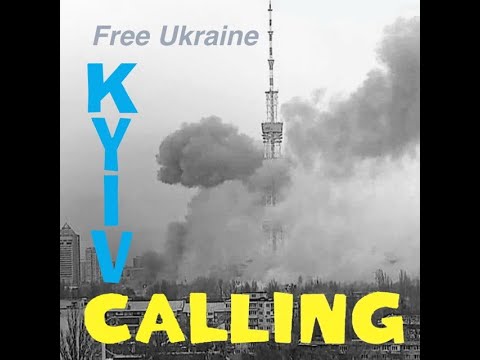 The title of the original song by The Clash references World War II. The BBC World Service would use “This is London calling” in its broadcasts during the war. Its lyrics reference the political instability in Britain and across the world at the time of its 1979 release.

A video for the cover song, posted to Free Ukraine’s YouTube channel Saturday, had thousands of views by Sunday afternoon. The video features the band performing spliced with footage from protests and Russian attacks on the country.

The video was even shared by The Clash on Twitter.

Beton said on Instagram the cover was crafted to “raise money to support our country around the world with the help of punk rock.” They were asked to remake the song by the Free Ukraine Resistance Movement and delivered upon the request in just three days. The movement partners with governments and nongovernmental organizations to protect “the territorial integrity of Ukraine,” according to its website.

Zelensky: 'I'm ready for negotiations' with Putin, but if they fail, it could mean 'a third World War'

The band has also used its own social media to condemn Russia’s invasion and document their resistance. On Instagram, they posted a picture of themselves with the caption: “We’re punk-hardcore band Beton from Ukraine. And instead of playing gigs we’re volunteering for our army, working on-air all nights long, taking care of refugees and hiding families in shelters. All our hate is for enemy!”

Among the producers who helped record and mix the cover song is Danny Saber, a seasoned audio engineer who has produced works by famous artists such as Madonna and the Rolling Stones.