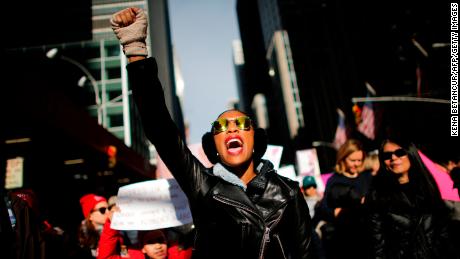 The possible overturn of Roe v. Wade should surprise no one. Marginalized women have been sounding the alarm for decades

Opinion by Pamela Shifman, for CNN

Pamela Shifman is President of the Democracy Alliance, and the founder of Shake the Table, a new organization bridging philanthropy with movements for racial, gender and economic justice. The views expressed in this commentary belong solely to the author. Read more from As Equals. For information about how the series is funded and more, check out our FAQs.

(CNN)The leaked draft ruling of the US Supreme Court to reverse Roe versus Wade -- the landmark 1973 judgment that ruled it unconstitutional to restrict the right to have an abortion -- was devastating but not surprising. Nor was the news on Wednesday that the Senate voted down a key bill that would have preserved abortion access across the US. Grassroots feminist organizations, especially those led by women of color, Indigenous women and other historically marginalized communities, have been warning us of this day for decades.

Soon after the news broke, Laurie Bertram Roberts of the Yellowhammer Fund, an Alabama-based non-profit that offers support for women who have abortions, was quoted by NBC as saying: "We've been planning for this possibility for several years...This isn't a new threat, but it's a larger threat."
Despite their sizes, the organizations these individuals represented played outsized roles in protecting democracy and human rights for us all, yet their effectiveness -- and ability to safeguard the hard-earned wins -- has been limited by a dire shortage in funding.