It has arrived in all its glory.

The film follows Randal Graves [Jeff Anderson], as he decides to make a movie about his life at the convenience store, following a massive heart attack. 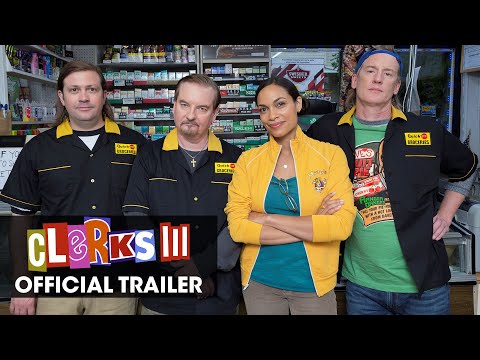 Probably not a coincidence that the health scare was written into the film considering Kevin Smith, who created the cult classic franchise, had a real-life heart attack in 2018.

The film will also feature many of the original cast including Rosario Dawson, Brian O’Halloran, Jason Mewes, and Trevor Fehrman.

And of course, Smith returns to play Silent Bob.

“Clerks” first made its debut in 1994 and had subsequent spin-off films like “Clerks II,” “Mallrats, “Chasing Amy,” “Dogma,” and “Jay and Silent Bob Strike Back.”

“Clerks III” will have a limited theatrical release in September.