Our live coverage of this story has ended. Read our latest story on what you need to know about the conflict in Ethiopia here.

Nine groups opposing the Ethiopian government -- a broad coalition of armed groups and political actors representing different regional and ethnic interests -- signed a new alliance agreement on Friday "in response to the scores of crises facing the country" and to fight against the government of Ethiopian Prime Minister Abiy Ahmed.

"We ... are pleased to announce the establishment of the United Front of Ethiopian Federalist and Confederalist forces," said Admassu Tsegaye, representative of Agew Democratic Movement, during a signing ceremony held in Washington. "This front is composed of forces fighting against the genocidal regime in Ethiopia."

Speaking in a videoconference with reporters Friday, Ethiopian Attorney General Gedion Timothewos dismissed the signing of the agreement as a "publicity stunt."

International advocacy group Amnesty International on Friday called on all sides in the escalating conflict in Ethiopia to renounce violence, warning civilians were increasingly vulnerable to attacks and human-rights abuses.

In a statement, Amnesty warned the country was "teetering on the brink of a human rights and humanitarian catastrophe," saying that it had collected evidence of alleged war crimes both by government forces as well as armed groups fighting the central government.

The dire humanitarian and human rights crisis which began one year ago in Tigray has been spilling into other areas of the country," said Deprose Muchena, Amnesty's regional director for East and Southern Africa. "To stop the situation spiraling out of control, the Ethiopian authorities must urgently take serious action to ensure human rights and international humanitarian law are respected."

Since the conflict in the country's northern Tigray region began a year ago, Amnesty has raised allegations of war crimes by Ethiopian government troops and allied forces. The group also said it was "documenting an increasing number of allegations of war crimes by the TPLF," the Tigray People's Liberation Front, which is fighting the government of Prime Minister Abiy Ahmed.

Top Ethiopian government officials on Friday pushed back against claims of territorial advances by forces allied against the central government of Prime Minister Abiy Ahmed, saying the alliance has no popular support, one day after the formal introduction of a state of emergency.

On Thursday, Ethiopia's House of People's Representatives approved a six-month state of emergency announced earlier by Attorney General Gedion Timothewos. The state of emergency -- which allows for the conscription of citizens who own firearms and are at least 18, the age for military service -- comes after forces arrayed against the government made advances toward the capital, Addis Ababa.

Timothewos said in a videoconference with reporters Friday that the members of the anti-government alliance, including the fighters loyal to the Tigray People's Liberation Front (TPLF), the party that once dominated Ethiopia, are "deeply unpopular among the overwhelming majority of Ethiopians."

The attorney general said the state of emergency was declared "out of an abundance of caution" based on intelligence that TPLF might try to create havoc in the capital or in other cities.

Asked by CNN's David McKenzie about what conditions need to be met for the central government to engage with TPLF in any kind of talks, Timothewos said: "At the very least, the TPLF has to withdraw from Amhara and Afar regions where it's brutalizing innocent civilians, it no business none whatsoever being in these parts of the country. And at very least has to withdraw these parts of countries and it has to renounce the violence offensive it has been engaging in."

In the same videoconference, Abiy's spokeswoman Billene Seyoum said, "the capital is moving about with a sense of normalcy" and accused international media outlets of misrepresenting the situation.

"It's quite worrisome that many allegations being lodged against the Ethiopian government are being done so in an orchestrated manner, to discredit a democratically elected government," Seyoum said, without offering further evidence.

Allied forces fighting against Ethiopia's central government say they're "weeks to months" away from entering Addis Ababa, claiming that they are now in control of a town about 160 kilometers (99 miles) from the capital city.

That timeline is an estimate based on the current speed of the push south, a spokesperson Oromo Liberation Army (OLA), a rebel group fighting for the rights of people from Oromia, Ethiopia's most populous region, told CNN on Thursday.

"We've not seen any signs of slowing down when it comes to our advances or the advances of our allies," Odaa Tarbii said.

The OLA, along with other allied groups, have said that moving on Addis Ababa is not their main objective. Instead, the OLA said it is calling for Ethiopian Prime Minister Abiy Ahmed to be removed, a transitional conference established and, ultimately, to hold what Odaa described as a "truly democratic election" inclusive of all voices and stakeholders.

The question of entering the capital city is "purely based on what happens if it comes to negotiations," with the federal government, Odaa said, adding that the group hopes to avoid a direct military conflict in the densely populated city.

Oda said that the closest area the joint forces held was the town Gerba Guracha, 160km north of the capital and that it was a misconception that the group's operations in towns near the capital meant it was in control of those areas. "That is not the case," he added.

In recent weeks, the OLA and TPLF claimed to have had seized Dessie and Kombolcha, two key towns on the road to Addis Ababa.

The town of Laga Tafo, approximately 25km (15 miles) from the capital, is "not in our control," Odaa clarified to CNN.

OLA has about 2,000 fighters from a mobile commando unit in the rural areas in the vicinity of the town and an additional 400 fighters from the Oromo Special Forces that defected and joined OLA on Wednesday, Odaa said.

In recent months, fighters loyal to Tigray’s former ruling party, the Tigray People’s Liberation Front (TPLF), have joined forces with the Oromo Liberation Army (OLA), a rebel group fighting for the rights of people from Oromia, Ethiopia's most populous region, advancing toward Addis Ababa and claiming control of several towns.

It is unclear whether the rebels have the firepower to take the city and there are conflicting reports as to how close they are to the capital.

But Fasika said that the groups have overstated their positions.

Addis Ababa is under protection and the city continues operating peacefully, he added.

A spokesperson for the OLA told CNN on Thursday that the closest area the joint forces held was the town Gerba Guracha, which is 160 kilometers (99 miles) north of the capital. He added that it was a misconception that OLA operations in towns near the capital mean "our area of control has reached close to the capital city. That is not the case."

"We have to break the siege [on Tigray] and we will do what it takes to break the siege," Getachew Reda said, referring to the year-long conflict in Tigray, which has left thousands dead, displaced more than 2 million people from their homes and fueled famine.

The Tigrayan fighters have been pushing south toward the capital in recent months and, on Thursday, announced they were joining forces with several other armed groups and political actors in an effort to unseat Abiy in a "safe transition."

But Getachew did not rule out a march on the capital, saying that TPLF forces were in the North Shewa region, north of Addis Ababa.

Armed groups fighting Ethiopia's central government are swelling in numbers as they advance on the capital Addis Ababa, posing the biggest threat to embattled Prime Minister Abiy Ahmed's rule since a bloody year-long conflict began in the country's northern Tigray region a year ago.

Nine groups opposing the government -- a broad coalition of armed groups and political actors representing different regional and ethnic interests -- said they would form a new alliance on Friday "in response to the scores of crises facing the country" and to fight against Abiy, according to a statement issued by organizers.

The new bloc, which calls itself the United Front of Ethiopian Federalist and Confederalist Forces, will seek to establish a "safe transition in the country" to replace Abiy, organizer Yohanees Abraha told CNN late on Thursday. Yohanees, who is with the Tigray forces, added that the alliance will be formed at a signing event in Washington, DC, Friday.

The alliance includes fighters loyal to Tigray's former ruling party, the Tigray People's Liberation Front (TPLF), known as the Tigray Defense Forces (TDF), who have been battling Ethiopia's military since Abiy ordered an offensive in the region last year.

Twelve months on, the fighting has left thousands dead, displaced more than 2 million people from their homes, fueled famine and given rise to a wave of atrocities. Now, with combined rebel forces edging closer to Addis Ababa and Ethiopian authorities announcing a nationwide state of emergency, fears are growing that the conflict could spiral into all-out war. 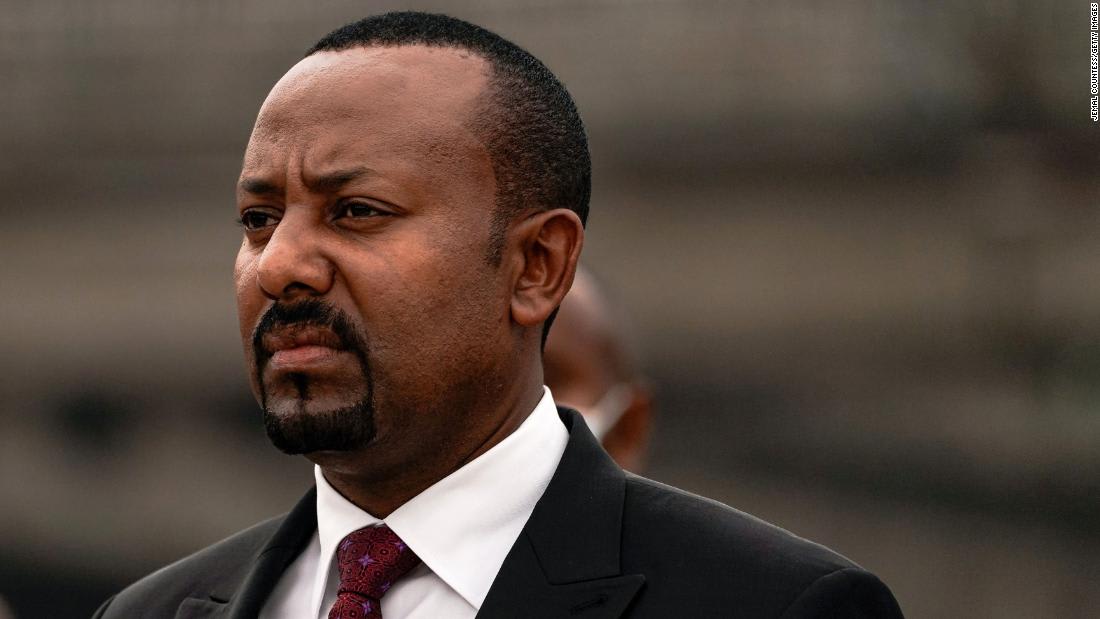 The United Nations Security Council will hold a public meeting Friday afternoon about the ongoing conflict in Ethiopia, and then hold private consultations, two diplomatic sources confirmed to CNN.