The Sudanese military has removed President Omar al-Bashir from power and set up a transitional military council to rule the country for two years, Sudan's Minister of Defense, Awad Mohamed Ahmed Ibn Auf, said in a televised statement on Thursday.

Sudan's Minister of Defense Awad Mohamed Ahmed Ibn Auf is now addressing the nation in a televised statement, following reports that President Omar al-Bashir has been forced out.

More details have been emerging about how Bashir was forced from power. Before dawn on Thursday, the heads of Sudan's four main security apparatuses arrived at President Omar al-Bashir's residence to deliver the message that he must go.

At 3:30 a.m., the leaders of the security agencies, which have so far been loyal to Bashir, told Sudan's longtime leader that “there was no alternative” but for him to step down, two senior military sources with direct knowledge of the conversation told CNN.

According to the sources, Bashir resigned himself to the reality, saying “with the blessings of God,” an expression of acquiescence in Islamic tradition.

Sudan's Prime Minister Mohamed Taher Ayala and the head of the ruling National Congress Party, Ahmed Haroun, are among dozens of officials to be arrested in Sudan on Thursday, a top military official with direct knowledge of the situation told CNN.

Haroun, an aide to President Omar al-Bashir, has an ICC warrant for him.

CNN witnessed military troops in the capital Khartoum storming the Islamic Movement headquarters, part of the ruling party, on Thursday.

The Sudanese Intelligence Agency said it has ordered the release of all political detainees, official news agency (SUNA) reported. 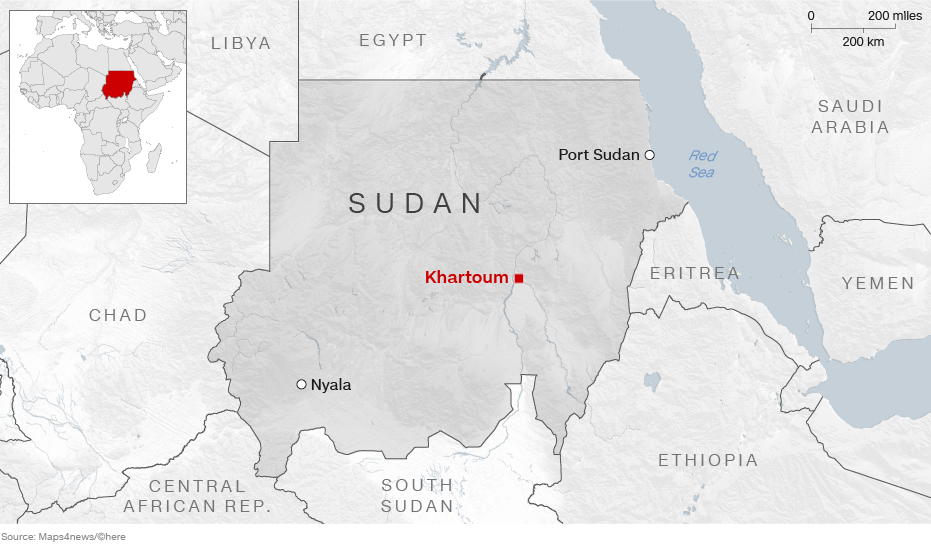 Sudan gained its independence from joint British and Egyptian rule in 1956, but was quickly wracked by decades of civil war, which heightened following the discovery of oil in the country's southwest.

While President Omar al-Bashir's tough rule brought a level of comparative stability following a coup in 1989, tensions remained over the state of south Sudan that were not resolved until 2005, when a peace agreement was signed promising the southern regions of the country independence within six years.

In 2011, South Sudan voted overwhelmingly for independence, going on to become the world's newest country.

The two Sudans continued to fight over the oil-rich Southern Kordofan state, however. Conflict in Darfur has also dogged the country since 2003, driven by tensions between black Africans and the country's Arab elite.

Bashir's alleged war crimes in Darfur made him a pariah in much of the world, but under US President Donald Trump, Washington had warmed to the Sudanese leader.

US attempts to re-engage with the Sudanese government have been widely viewed as a bid by the Trump administration to improve regional counter-terror cooperation and boost its diplomatic clout in Africa.

“We don’t accept the regime to reproduce itself or for the army to be solo in power,” he said.

The SPA, an umbrella organization of doctors, lawyers and journalists that has led many of the demonstrations, said in a statement that the ongoing crisis will not be solved by another military coup.

“The Sudanese crisis is chronic and cannot be solved from the top-down,” the statement said.

The SPA called on protesters to maintain the sit-in until a civilian government is in place.

Omar al-Bashir came to power in Sudan in 1989, when he lead a coup against then Prime Minister Sadiq al-Mahdi. Bashir dissolved the government, political parties and trade unions, and declared himself chairman of the Revolutionary Command Council.

He survived a coup attempt the following year. He later ordered the execution of more than 30 army and police officers implicated in the failed takeover. 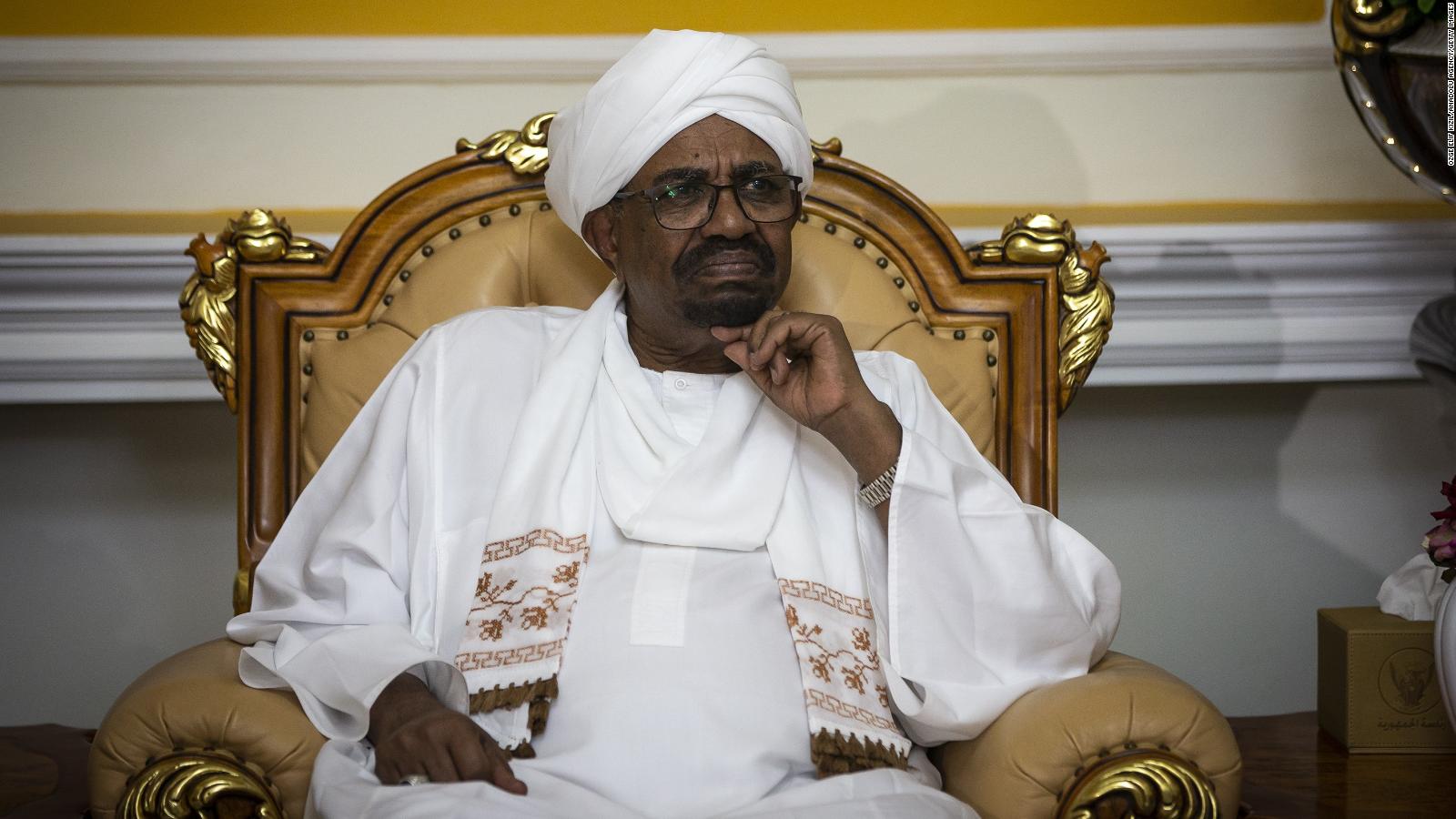 In 1993, Bashir dissolved the Revolutionary Command Council and restored Sudan to nominal civilian rule, with himself as president. At an election in 1996, he was returned with more than 75% of the vote. That margin would increase to 85% in 2000.

Violence broke out in the Darfur region of Sudan in 2003, and Bashir was criticized for not cracking down on the Janjaweed militia, a pro-government militia accused of murdering and raping people in Darfur.

In 2008, the International Criminal Court filed charges against Bashir for genocide and war crimes in Darfur. Repeated attempts to bring him to justice were unsuccessful, however.

At the country's most recent election in 2015, officials said Bashir had been re-elected president with more than 94% of the vote. Many major opposition groups boycotted the election.

Late last year, anti-government protests broke out in many cities in Sudan, demanding Bashir's removal. He declared a year-long state of emergency in February 2019, as his forces attempted to crack down on demonstrations.

Those efforts appear to have been ultimately unsuccessful. On Thursday, the 75-year-old Bashir stepped down as president after 30 years in power.

Sudan’s Army has taken control of the streets, intersections and bridges in the country, according to an eyewitness in Khartoum. The army is not stopping the movement of protestors and people who are celebrating in the streets, the eyewitness said.

Thousands of protestors continue to go to Sudan’s army headquarters in Khartoum as they await the military announcement expected on Sudan State TV.

Earlier a few people were injured when two security forces opened fire near the Al Bashir medical compound, the eyewitness said. The army was able to control the situation following the incident and it wasn’t clear if those injured were members of the security forces, army personnel or protestors.