Our live coverage has ended. You can read more about Canada's election here.

Justin Trudeau’s Liberal Party is expected to return to power, but as a minority government — which would be a partnership with one or more other parties, according to CBC News and CTV News.

Justin Trudeau's Liberal Party is projected to win Canada’s general elections according to CBC News and CTV News. Whether it will be a minority or majority government remains to be seen.

At 10 p.m. ET all election polls across Canada have closed. And now we wait for the results.

Last month, Time magazine posted a photo of Canadian Prime Minister Justin Trudeau wearing brownface when he was a school teacher in 2001. Trudeau said he had attended an end-of-the-year gala with an "Arabian Nights" theme when the photo was taken.

He said it was a racist photo, but he didn't consider it racist then.

In his apology, Trudeau admitted he wore dark makeup when he was in high school as part of a talent show in which he sang the Jamaican folk song "Day-O." CNN partner CTV News obtained that second photo from a source who said it was a picture of Trudeau in a yearbook at Brebeuf College.

A video of Trudeau in blackface emerged from the early 1990s.

Trudeau apologized for coloring his face after Time magazine posted the first photo, and again after the three photos surfaced. 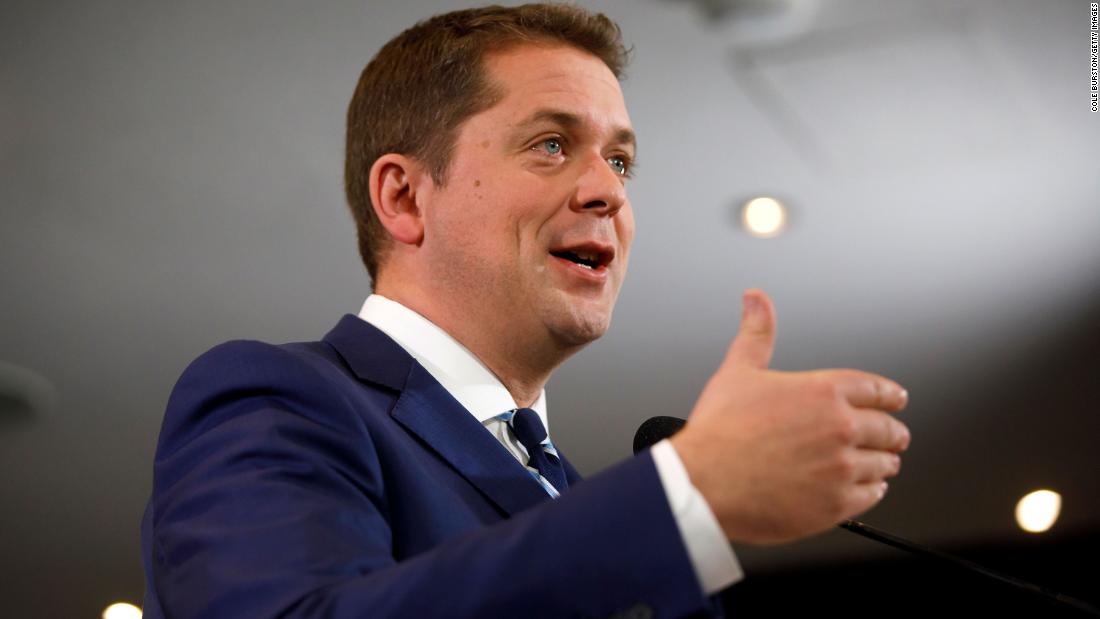 Andrew Scheer, now Canada's Conservative leader, is up against a humbled incumbent: Justin Trudeau and his fading political brand.

In a recent Forum Research poll, Scheer's approval rating comes in at just 27 per cent with Trudeau still hanging on to an approval rating 12 per cent higher. It's not hard to figure out why.

Scheer's message during this campaign was simple and stinging: You can't trust Justin Trudeau. But in earnest, he has also had a hard time convincing voters they can trust him.

For one thing, Scheer campaigned as an average Canadian guy. Until it turned out that he is also American. He never told voters he was a dual Canadian and American citizen until just a few weeks ago. He says he is in the process of renouncing his citizenship but still, it's one of the reasons Canadians haven't quite known what to make of this conservative leader.

A devout Catholic, Scheer is both fiscally and socially conservative, but has promised not to change some of Canada's more progressive laws. Although unapologetically pro-life, he is adamant that he will do nothing to change pro-choice laws in Canada. Although unwilling to declare support for gay marriage, he says he won't try to change that law either.

His extreme pragmatism can also leave a confusing message — his backing of the new US, Canada, Mexico trade agreement offers a good example: "It's quite clear that Justin Trudeau did cave to Donald Trump," says Scheer during a campaign press conference in an attempt to swipe at the trade deal, but then repeated that he would approve the deal anyway if elected prime minister. 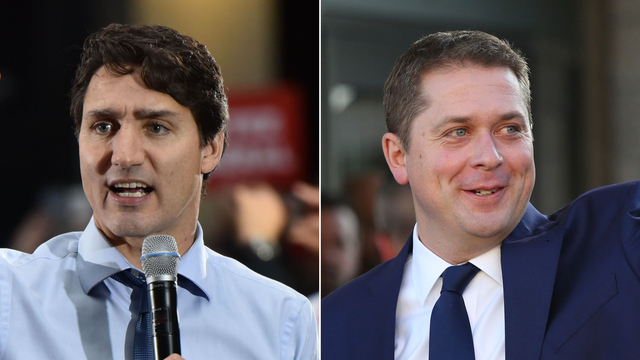 Canada votes in a general election today for the next prime minister.

What we know: Canada's election takes place in 338 ridings or seats across the country, and preliminary results should be announced around 8 p.m. ET on election night. One hundred and seventy seats are needed to be able to form a majority government, and polls show neither Trudeau nor Scheer are anywhere near that threshold.

Forming a minority government (with the support of other parties) will also be complicated. The sitting prime minister — Trudeau, in this case — is usually granted the first crack at forming a government, even if he wins fewer seats than his opponents. That means that an opposition politician who wins the popular vote might have the most seats in parliament — but still not get the chance to form a government.