There is not yet “any clear evidence” that people can transmit the Wuhan coronavirus before they begin exhibiting symptoms, Dr. Nancy Messonnier, director of the US Center for Disease Control and Prevention's National Center for Immunization and Respiratory Diseases, told reporters on Monday.

But, she said, it’s a possibility health officials are investigating.

Messonnier’s comment comes after China's health minister Ma Xiaowei said people can spread the virus before they become symptomatic, but offered no explanation as to why he believes that to be the case.

"At this time, it’s unclear how easily or sustainably this virus is spreading between people,” the CDC says.

The CDC has based early theories about the novel virus on what we know about SARS and MERS, which are part of the same family of viruses. Based on that knowledge, the CDC also believes that symptoms of the Wuhan coronavirus may take anywhere from two days to two weeks after exposure to show symptoms. It is also thought to transmit chiefly through droplets from coughs or sneezes, consistent with comments made Monday by Chinese officials.

On the call with reporters, Messonnier also seemed to allay concerns that the virus could be transmitted via packages sent from China. Coronaviruses like SARS and MERS tend to have poor survivability, and there’s “very low, if any risk” that a product shipped at ambient temperatures over a period of days or weeks could spread such a virus.

“We don’t know for sure if this virus will behave exactly the same way,” Messonnier said, but there’s no evidence to support transmission of the virus via imported goods.

Messonnier repeated her message that the immediate risk to the US public is low at this point.

UK health authorities are asking British nationals who have recently returned from Wuhan province to "self isolate, stay indoors and seek medical advice."

Addressing the UK House of commons on Monday Matt Hancock, the Health Secretary, said those who have returned from Wuhan in the past 14 days should avoid contact with other people.

He said British authorities were looking to contact the 1,460 people who have landed in the UK from Hubei province.

Hancock said that the risk to the UK population was low, but added that in the event of cases arising in the country the UK was "prepared and well equipped." He said the UK was working with the WHO and the international community.

"From today, as concerns have been raised about limited pre-symptom transmissions, we are therefore asking anyone in the UK who has returned from Wuhan in the last 14 days to self isolate, to stay indoors and avoid contact with other people and to contact NHS 111."

He added that those individuals should not leave home until they have been advised by a clinician.

Ontario’s Chief Medical Officer of Health Dr. David Williams said there were 19 people under investigation for coronavirus in the province at the moment.

What that means: Dr. Williams said that for a person to be "under investigation," they must have both signs or symptoms of a respiratory condition and a travel history that is "of importance, which is to Wuhan or around the district of the Hubei province.”

He added that people being investigated for coronavirus will undergo a battery of health tests to rule out other causes.

The US Centers for Disease Control has published a page detailing the number of people who are under investigation for the novel coronavirus in the US.

It states that of the overall People Under Investigation (PUI) in the United States, 5 have tested positive, 32 tested negative and the results of 73 others are pending.

Information regarding the number of PUIs will be updated on Mondays, Wednesdays and Fridays, the site says.

Cambodia’s Health Minister H.E. Mam Bunheng announced that Cambodia has its first confirmed case of the coronavirus, citing the Pasteur Institute of Cambodia during a press conference on Monday, according to a Ministry of Information press release.

The patient: A 60-year-old Chinese man flew into the country from Wuhan with three family members, whose samples tested negative for the virus.

“The four Chinese nationals have been put in quarantine, and Mr. Jia Jianhua’s health condition is now stable and only the symptoms of normal flu remain,” the ministry statement said.

Turkey has become the latest country to warn its citizens not to travel to China.

The Turkish Ministry of Foreign Affairs issued a travel warning to China on Monday, warning Turkish citizens to not travel to China unless they have to due to the coronavirus.

The MFA told citizens to stay away from Hubei province and other regions with high number of cases of the novel coronavirus.

It also warned citizens living in China to follow the warning issued by the Turkish embassies and to take all necessary health precautions. 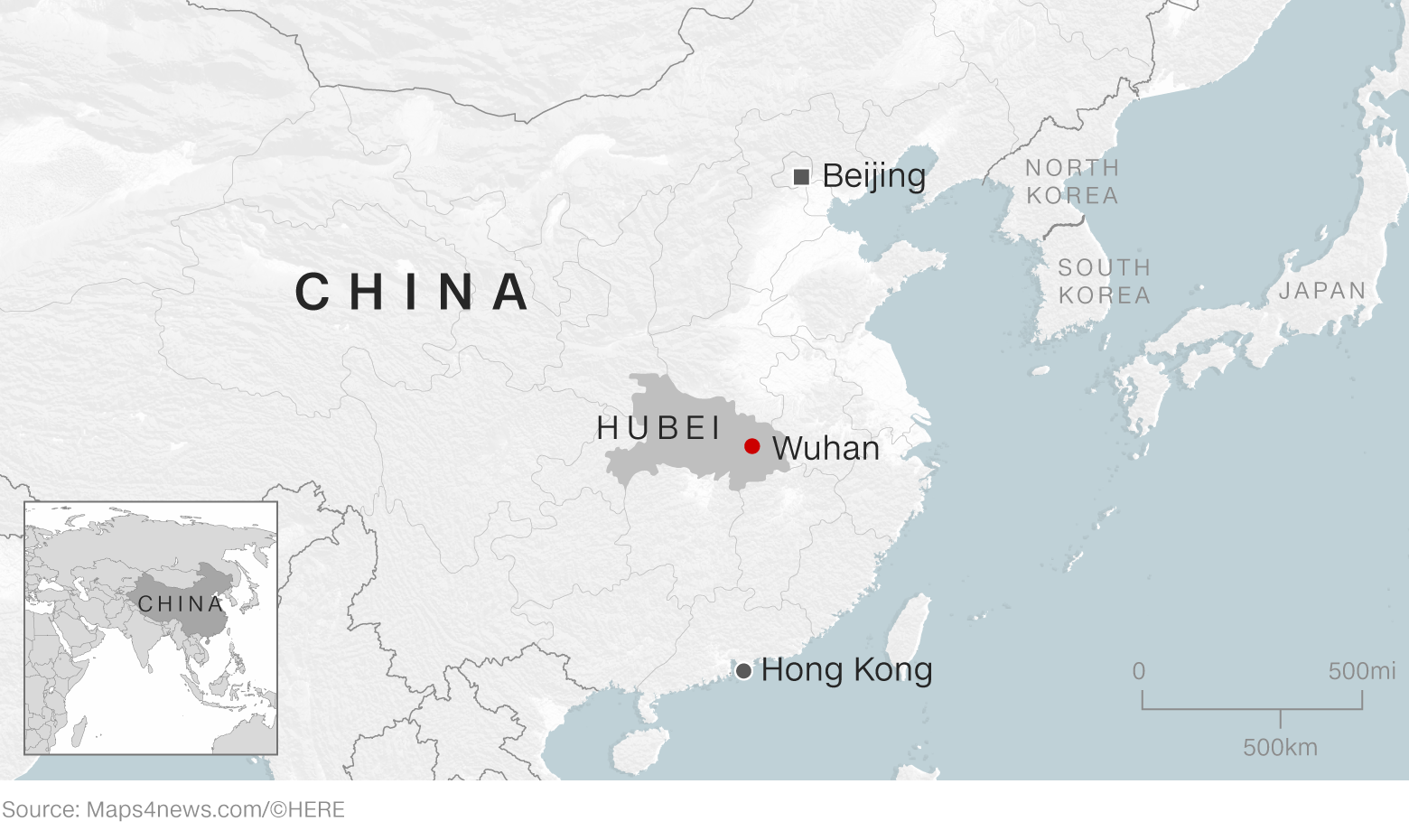 The US Centers for Disease Control and Prevention has expanded its travel notifications for China — broadening its highest level, “Level 3 - Warning,” to include all of Hubei province, not just the city of Wuhan.

The CDC also increased its travel advisory on Sunday for the rest of China from level 1 to level 2, alerting travelers to “practice enhanced precautions,” agency officials told reporters Monday.

The CDC also said it has screened roughly 2,400 travelers to the US for Wuhan coronavirus. On Friday, the agency said it had screened about 2,000 travelers, or about 200 flights.

Since January 21, there have been 110 people under investigation for Wuhan coronavirus in 26 states. Among them, five have tested positive, 32 negative and 73 are still pending as of Monday

One person in Beijing has died from the new coronavirus, Beijing’s municipal health authority announced Monday, the first virus-related death in the Chinese capital.

The patient was a 50-year-old man who traveled to Wuhan on January 8 and started to have a fever a week later upon returning to Beijing.

He sought medical attention on January 21 and was confirmed to be infected with the virus the next day. His condition deteriorated Monday, when he died of respiratory failure.

This brings the total death toll from the coronavirus to 82.

Health authorities in Ivory Coast are investigating a suspected case of Wuhan coronavirus in a female student who arrived from China, officials have said.

The student, whom authorities have not named, is the first person to be tested for the virus on the continent. It has killed at least 80 people in mainland China.

The 34-year-old student traveled from Beijing to the Félix-Houphouët-Boigny International Airport in Abidjan on Saturday and was coughing, sneezing and experienced difficulty breathing, Ivory Coast's Ministry of Health and Public Hygiene said in statement.

The student was moved to a safe location upon arrival at the airport and is currently under medical observation, the ministry said.