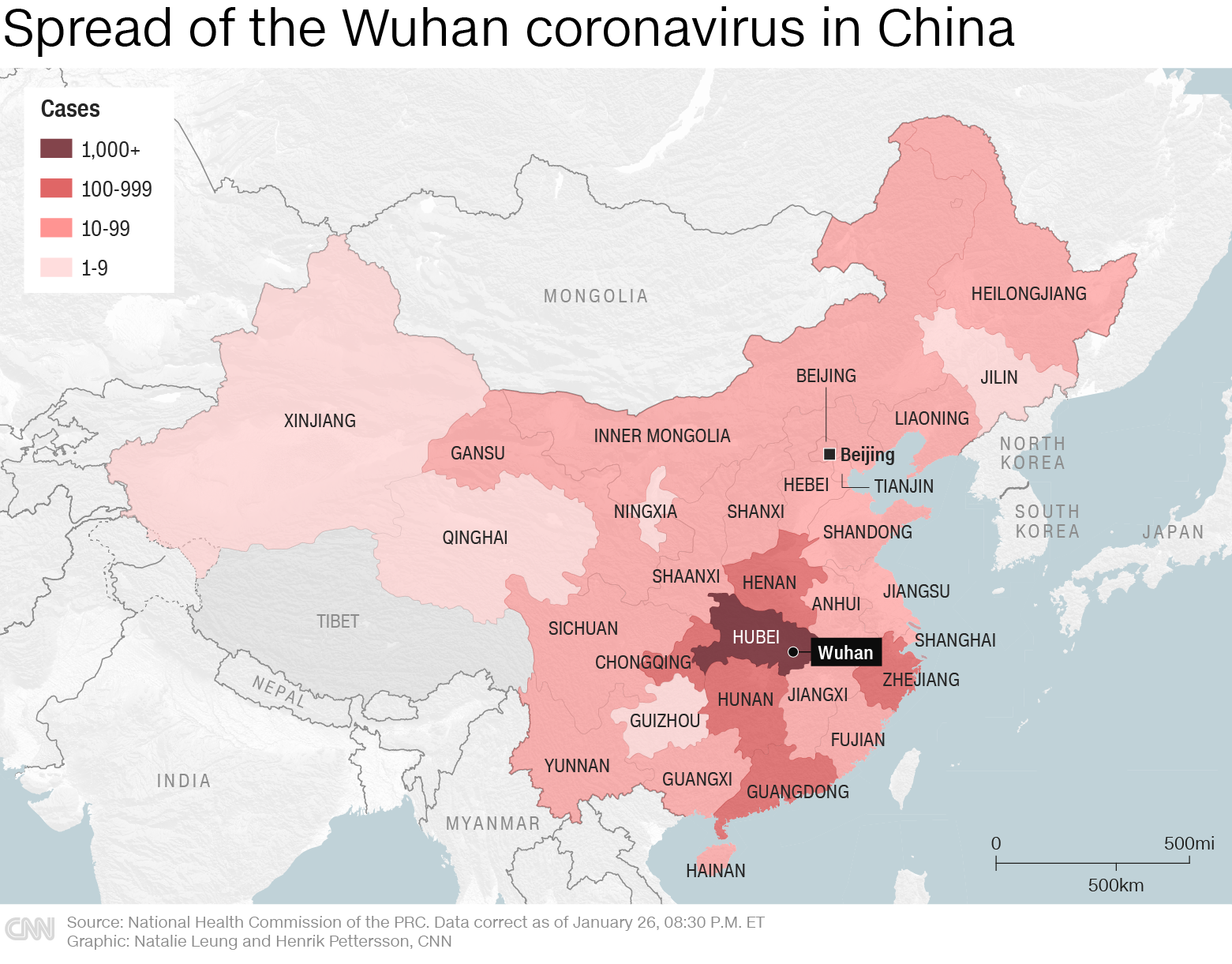 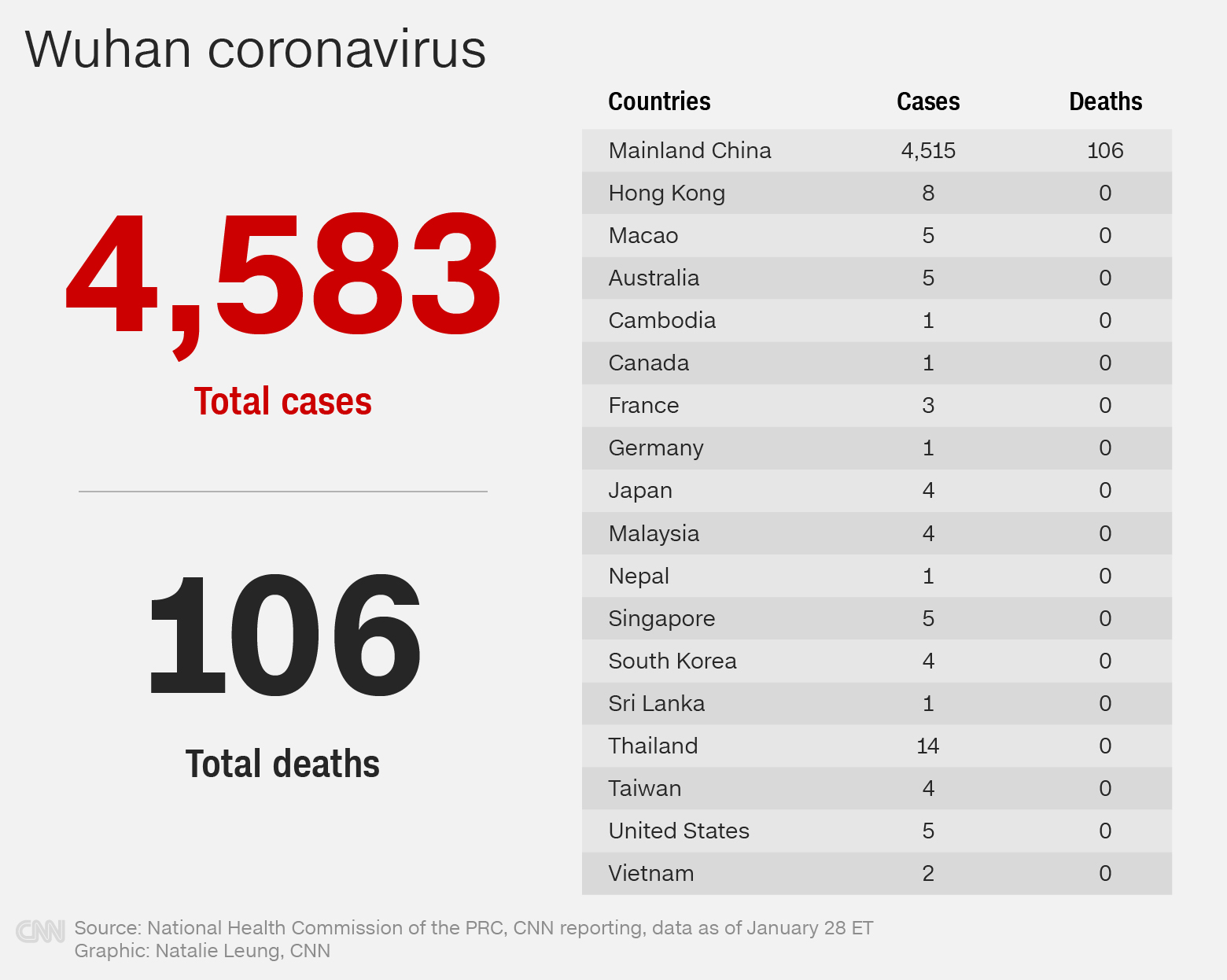 Television stations across China will cut down entertainment programming, including popular variety show, to air more reports on the outbreak, according to a statement posted Tuesday by the National Radio and Television Administration.

The move comes as the country steps up efforts to contain the spread of the virus. Speaking at a meeting with United Nations Secretary General Antonio Guterres on Monday, China's ambassador to the UN said the country has "full capability and confidence in winning the battle against the epidemic."

"China has been working with the international community in the spirit of openness, transparency and scientific coordination. With a great sense of responsibility, China is sparing no effort in curbing the spread of disease and saving lives. Now is a crucial moment, and China has full capability and confidence in winning the battle against the epidemic."

Some 60 million people have been placed under travel restrictions in Hubei, the epicenter of the outbreak, with almost all movement in and out of Wuhan itself stopped and much of the city on lockdown.

Officials have also cracked down on the trade of wild animals, after the Wuhan coronavirus was linked to a seafood market selling exotic live mammals, including bats and civet cats, which have previously been linked to the 2003 SARS outbreak.

US airlines are giving customers more time to change their flights to China without incurring fees as the coronavirus continues to spread, and as American authorities raise travel precautions for the country.

That means people scheduled to fly before then on either airline to Beijing or Shanghai --- the two cities that each company serves in mainland China --- can change to a different flight without paying a fee to do so.

The US Centers for Disease Control and Prevention on Monday raised its travel precaution for China to its highest level. That means it's advising travelers to "avoid nonessential travel" to the country. Previously, only Hubei province --- where Wuhan is located --- carried such a warning.

Here are the countries planning or preparing to evacuate citizens:

The US: About 240 Americans being evacuated from Wuhan Wednesday morning local time will arrive in Anchorage, Alaska, before arriving in Ontario, California. About three dozen Wuhan-based US diplomats and their families are also expected to be on board, a US official with knowledge of the matter told CNN.

Japan: Japan is sending a charter flight to Wuhan tonight to retrieve about 200 citizens on Tuesday night local. It will leave Wuhan Wednesday morning and will arrive in Tokyo by midday local time. Roughly 650 Japanese citizens have requested to return to Japan, and the government will send more flights from Wednesday onwards.

Australia: Australia's health minister said yesterday he was working with the Chinese Foreign Minister to repatriate Australian citizens in Wuhan, including 100 "young Australians."

India: The Indian government is looking for "possible travel options out of Hubei province" for citizens in Wuhan, said a government spokesperson on Sunday. This comes after reports of 56 Indian students at the Wuhan University School Of Medicine who had been trapped in Wuhan since the lockdown.

France: A plane will fly French citizens back from Wuhan to France sometime this week, said the French Health Minister on said Sunday. There are around 800 French citizens in Wuhan.

United Kingdom: The UK is "looking at all the options" to help Britons trapped in Wuhan, said the UK Home Secretary after being asked about the possibility of evacuation flights.