China is struggling to control the novel coronavirus outbreak. Its health system is on its knees, running out of beds and supplies.

Li spoke to the President of the European Commission Ursula von der Leyen on the phone, the statement said, and is hoping to buy the supplies from EU member countries “through commercial channels.”

“And we are willing to strengthen information, policy and technical exchanges and to cooperate with international communities including EU,” Li said, according to the statement.

Li Keqiang said the Chinese government has always put people’s safety and health as first priority and is working to prevent and control the epidemic in a transparent and orderly manner. The current job is to curb the spreading of epidemic and to treat the patients, as well as guarantee the normal life order of Chinese people and foreigners in China.

The statement added that von der Leyen said the EU will try its best and coordinate all necessary resources to provide assistance to China.

The UK Department of Health and Social Care has issued a simple guidance on how ordinary people can help stop the new virus from spreading: carry a tissue, catch your sneeze, trash the tissue, wash your hands. 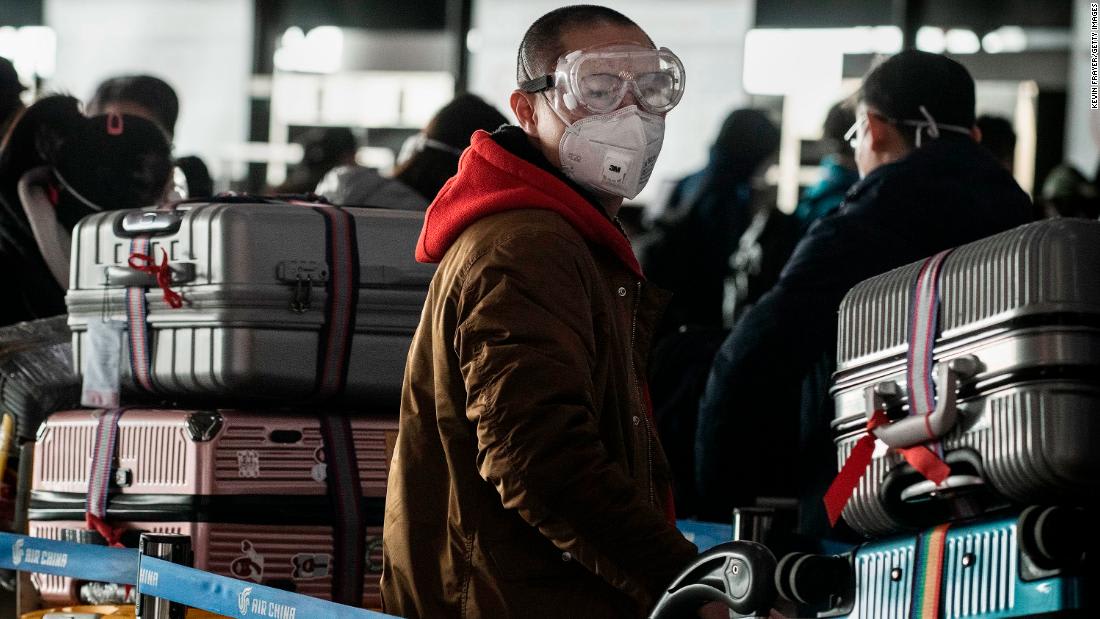 The first case of coronavirus in China was detected in early December. Now, nearly two months later, it's a full-blown global emergency, with close to 12,000 confirmed cases across the world.

Here's a look back at how we got here:

A woman and a man, both aged 60, have been diagnosed with the virus and are in isolation at the Royal Adelaide Hospital, according to a statement posted on the South Australia Health Facebook page.

The two patients arrived in Adelaide from Wuhan on January 20, the statement said.

“They have been isolated in a home since arriving and appropriate precautions will be taken upon presentation to the [hospital].”

The relative whom the two people were staying with is being tested and is in isolation, the statement added.

The latest person to be confirmed with novel coronavirus in Victoria is a woman in her 20s, Victoria’s department of Health and Human services said in a statement. She was confirmed positive on Friday following a series of tests.

The woman is a resident of Melbourne and is recovering at home, the health department said. The department added that she spent time in Wuhan and returned home to Victoria on January 25. She became sick two days later. She was seen by doctors in a Melbourne hospital on January 30 and was “assessed as well enough to stay at home.”

Hong Kong has confirmed its 13th case of the new coronavirus, the government said in a statement on Saturday. Meanwhile, Taiwan’s Centre for Disease Control said on Friday the number of cases in its territory reached 10.

The center said Taiwan’s new case, a man in his forties, is the husband of the ninth confirmed case. He returned to Taiwan from Wuhan on January 12 and developed symptoms of upper respiratory infection on January 21.

The new case in Hong Kong is a 39-year-old man who was reported to have developed muscle pain on January 29 and started having a fever on Friday.

He is currently in a stable condition and in isolation in hospital.

Two purpose-built hospitals in Wuhan, constructed in under a week, are due to start accepting patients on Monday and Thursday respectively, according to Chinese state media.

They have 2,500 beds between them, and will be focused purely on dealing with confirmed and suspected cases of the coronavirus, providing some much-needed relief to Wuhan's stretched health system.

According to a nurse in Wuhan who asked not to be identified for fear of professional repercussions, staff are overwhelmed, resources are running low, and there are no beds.

Around 30 of the 500 medical staff at her hospital are now sick and admitted to hospital, and others -- including her -- have self-quarantined at home.

Take a look at the hospitals being built:

Hubei Province, home to Wuhan city where the outbreak began, is suspending all marriage license registrations until further notice.

The suspension will begin on February 3 to prevent the spread of the outbreak, "protect public health, and safeguard public interests," said the province in a statement on its website.

It's just the latest of a series of drastic measures in the province -- in one other city near Wuhan, every household is only allowed one representative to leave the house and buy groceries every other day.

Nearly 60 million people, mostly in Hubei, are under partial or full lockdown -- this means limited movement in or out of cities and towns, closed roads, and suspended public transit.

Could a traditional Chinese medicine help fight the Wuhan coronavirus, or is one of the country's most influential state media outlets promoting pseudoscience and false hope?

Those were the questions dominating Chinese social media after the state-run Xinhua news agency reported Friday that the Shanghai Institute of Materia Medica and the Wuhan Institute of Virology had discovered that the Shuanghuanglian oral liquid -- a popular combined herbal remedy commonly used to relieve some symptoms such as fever, cough, and sore throat -- could be used to "inhibit" the deadly virus.

Posts on Weibo, China's Twitter-like platform, purportedly showed people lining up all night outside pharmacies across China to buy Shuanghuanglian, ironically going against the authorities' advice to avoid congregating in public.

Such was the apparent demand sparked by the notice that the compound formula sold out on some stores on China's e-commerce platform Taobao.

On Saturday, however, the ruling Communist Party's mouthpiece, the People's Daily, warned that "inhibiting does not equal preventing and treating," reminding the public not to rush to purchase the herbal remedy. The findings still needed to be studied, and there are no proven treatments for the virus yet, it said.

Some background: Though many TCM remedies have been used for hundreds of years, critics argue that there is no verifiable scientific evidence to support their supposed benefits.

But in 2018, the World Health Organization (WHO) gave its long-awaited nod to include TCM in its influential book classifying thousands of diseases -- its first-ever official endorsement of the ancient practice.