A person in La Gomera, one of Spain's Canary Islands chain, has been diagnosed with Wuhan coronavirus, the country's national health ministry announced Friday.

The patient was part of a group of five people who were in contact with a person infected with the novel virus while in Germany, the ministry said in a statement.

Twenty-one Spanish citizens who were evacuated from Wuhan on Friday were under quarantine at a hospital in Madrid. Health officials said they were not reporting symptoms of the virus.

The number of novel coronavirus cases in mainland China jumped by 2,102 on Friday, said the country's National Health Commission on Saturday.

That makes the nationwide total 11,791 cases, including 259 deaths.

We've been seeing dramatic day-by-day jumps in numbers in recent weeks. From last Sunday to Monday, the number of cases confirmed in China had jumped by 65% -- and again by more than 30% from Monday to Tuesday.

What this means: It doesn't necessarily mean that the virus is spreading faster -- the timing of cases confirmed could be impacted by a delay between patients being infected, noticing symptoms, seeking medical care, and labs confirming results.

It's also dependent on the technology being used to test for coronavirus. Wuhan's Communist Party chief said this week that more efficient testing methods meant they could now confirm many more cases than before. 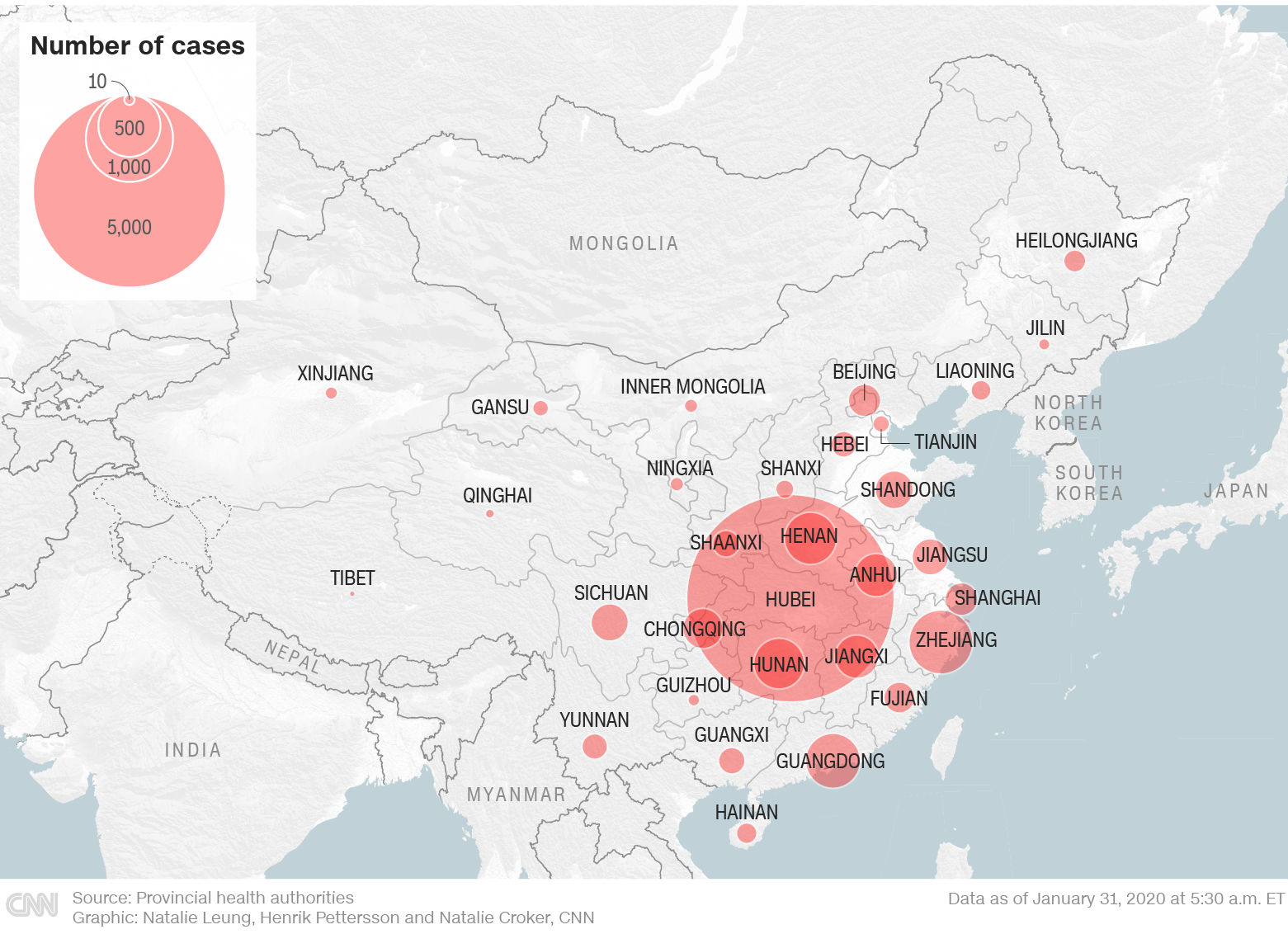 The novel coronavirus outbreak began in Wuhan, China, in December 2019. Now, it has killed at least 259 people, all in China, and infected close to 12,000 globally. Here's what is happening: