Hong Kong has confirmed another coronavirus case, bringing the total cases in the city to 15.

The 15th case is reported to be a 72-year-old woman who is the mother of another person confirmed to have the infection in Hong Kong, according to a statement Sunday from Hong Kong's health department.

The woman is under quarantine and in stable condition, the health department said.

"According to the patient's information, she had no travel history and mainly stayed at home during the incubation period," according to the health department's statement.

German Health Minister Jens Spahn announced two more people have tested positive for coronavirus in Germany, taking the total in the country to 10.

The pair are both in Frankfurt, in the German state of Hesse, and are doing well, Spahn said, noting they will be kept in a clinic for two weeks until they are free of infection.

The two confirmed cases arrived in Frankfurt on a German Air Force flight flight from Wuhan, China, on Saturday. Germany’s Foreign Ministry said Friday that around 100 German citizens would be repatriated and be put under quarantine for two weeks in order to prevent the spread of the disease.

The minister said that they are monitoring if there were any other infections during the incubation period but he hopes that is not the case.

The previous eight confirmed cases are all in Bavaria state.

The Formula E Championship has called off next month’s Sanya E-Prix race in China due to the coronavirus outbreak, Formula E said in a statement on Sunday.

The race was scheduled for March 21. The statement said:

"Given the current growing health concerns and with the World Health Organisation declaring the coronavirus an international emergency, Formula E has taken the necessary measures to ensure the health and safety of its travelling staff, championship participants and spectators, which remains of paramount importance," the statement said.

As news of the virus has spread, many people of Asian descent living abroad say they have been treated like walking pathogens.

A Malaysian-Chinese social worker experienced the same thing on a London bus this week. "A couple of people at an East London school I work in have asked me why Chinese people eat weird food when they know it causes viruses," she told CNN.

In Canada, there have been reports of Chinese children being bullied or singled out at school. In New Zealand -- where there are no confirmed coronavirus cases -- a Singaporean woman says she was confronted and faced racist harassment in a mall.

A second French plane carrying European citizens from Wuhan will land in Istres, France, on Sunday, the Belgian Foreign Ministry said in a statement.

Some passengers will disembark at Istres and be placed in quarantine before the plane continues on to Melsbroek air base, in Belgium.

Belgian passengers will be taken care of in Belgium, and Dutch, Danish, Czech and Slovak citizens will be repatriated to their own countries, the ministry said, calling it a “prime example of European cooperation.”

The plane was chartered by France, and is part of the European Crisis Management Mechanism.

Five Czechs and two Slovaks are on board the plane, according to the Czech Ministry of Foreign Affairs. They will be flown from Belgium to the Czech capital of Prague on a government plane.

British citizens are also thought to be on this flight. UK Foreign Secretary Dominic Raab said Sunday that 11 Britons who failed to leave Wuhan last week are now on a French flight returning to the UK Sunday.

All eight people diagnosed with coronavirus in Bavaria, Germany, are in a stable condition, the Bavarian Health Ministry said in a statement Sunday.

Germany has confirmed its eighth case of coronavirus on Saturday. The patient, a 33 year-old man from Munich, works at the same company as six of the previously known coronavirus cases in Germany. The eight person with the virus in Germany is a child of one of the people diagnosed earlier, the ministry said.

The detection was possibly due to a test campaign for all employees at the the firm, the statement said.

The Great Firewall of China has always been annoying, but it's not usually this deadly.

As the Wuhan coronavirus continues to spread around China and the world, many are questioning how much the country's colossal censorship apparatus played a role in withholding vital information about the epidemic until it was too late.

In the weeks after the virus was first detected in Wuhan, local and national authorities followed the usual playbook for any potential controversy: knee-jerk censorship and tight control of the narrative. As the crisis has worsened, however -- with thousands of confirmed cases and hundreds of deaths nationwide -- it has become clear that the failure to take quick action likely undermined any chance of containing the virus.

Heads will likely roll in Wuhan, where the city's mayor Zhou Xianwang has already publicly offered to resign, admitting that his administration's warnings were "not sufficient." 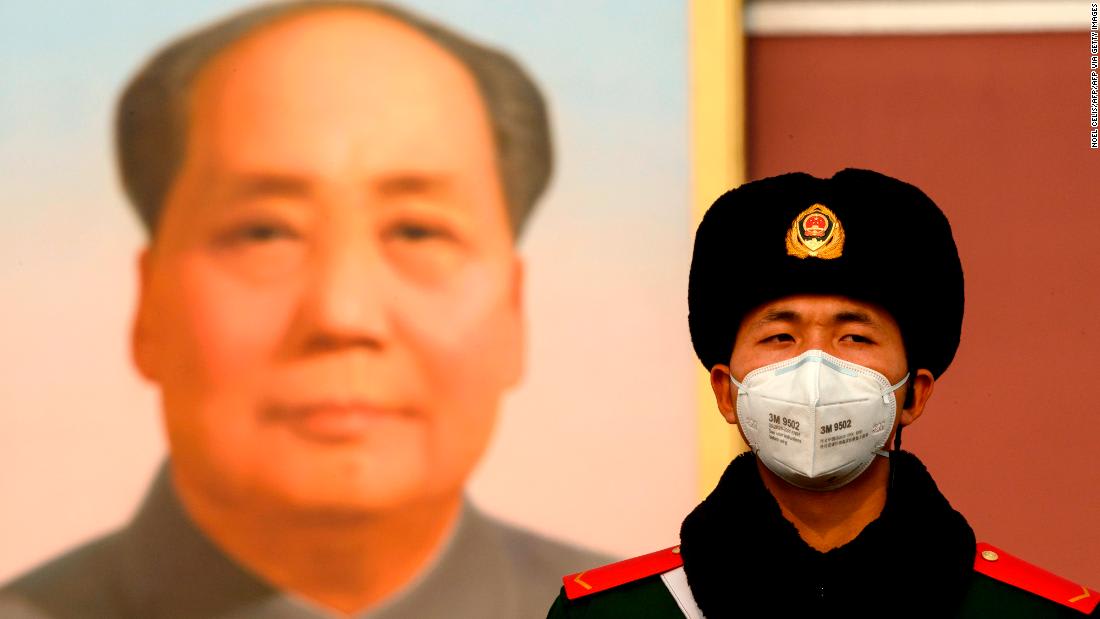 A number of UK citizens who failed to leave the coronavirus-struck Chinese city of Wuhan last week are now on a second flight to Europe, UK Foreign Secretary Dominic Raab said Sunday.

Speaking to Sky News, Raab said he could not confirm the “precise number” of those arriving into the UK on Sunday. A number of UK citizens had trouble reaching the muster point in time for the first flight out because of road blocks and other restrictions in place in Wuhan.

Britons being brought from Wuhan to the UK are being placed in quarantine at Arrowe Park Hospital in the Wirral, northwest England, Raab said.

A new case of coronavirus has been reported in the United Arab Emirates, the country's fifth, the Ministry of Health and Prevention announced on Saturday.

The patient, who arrived from Wuhan, is “stable and under medical care,” the ministry said in a statement, adding there is “no cause for concern” for the public.

The national airlines of Egypt, Qatar and Saudi Arabia have halted flights to and from China.