The World Health Organization (WHO) is not only fighting to contain the coronavirus, it is also "battling the trolls and conspiracy theorists that push misinformation and undermine the outbreak response," the organization said Saturday.

"While the virus spreads, misinformation makes the job of our heroic health workers even harder. It is diverting the attention of decision makers. And it causes confusion and spreads fear to the general public," WHO Director General, Dr. Tedros Adhanom Ghebreyesus said in a press briefing.

Ghebreyesus outlined a four pronged approach the WHO is undertaking to fight back.

"In essence, to fight the flood of misinformation, we are building a band of truth-tellers that disperse fact and debunk myths," Ghebreyesus added.

Two schools near a ski resort in eastern France where five Britons have tested positive for coronavirus will shut down next week as a precaution, local officials said on Saturday.

One of those infected is a student, local health official Jean-Yves Grall said.

Speaking at a news conference, Grall said 11 Britons, including the five who tested positive for the virus, are being examined in local hospitals. The group includes a 9-year-old child who recently spent time in a school in Contamines-Montjoie, a mountain village of which he was also resident, as well as in another school where he took French lessons.

Jacquet said that while two schools were being shut down, there was no discussion of a “confinement situation” for the time being.

Jacquet added: “All people diagnosed are in hospital care.”

Earlier on Saturday, France’s Health Minister Agnes Buzyn said at a press conference “none of them are in serious condition.”

Grall also said a British national had traveled from Singapore to Contamines-Montjoie ski resort on Jan. 24 for a four-day trip and had sojourned with the British nationals before returning to the UK on Jan. 28.

A CNN reporter in Yokohama, Japan, near the Diamond Princess overheard the captain announcing a plan to improve conditions aboard the ship, including medical supplies, better internet signal and a hotline for people to call for emotional support.

The Japanese military would carry out a transfer of test results and medicine into the cruise ship to top up people's prescriptions, he said.

He also said he appreciated letters of support from people on board, and read out the phone number for the emotional support hotline.

He said the cruise ship was due to arrive in Yokohama Port at 9 a.m. Sunday and that extra medical staff would come on board to help with prescriptions and tests. He said he would allow guests to get out onto the deck again on Sunday.

Passengers had told CNN earlier that they were being confined to their cabins, except for around one hour a day where they could leave their rooms under supervision.

Hong Kong's Chief Executive Carrie Lam told reporters that 161 people had been placed under quarantine Saturday, 148 of whom are isolated at home. Eleven others are in hotels or two other facilities. 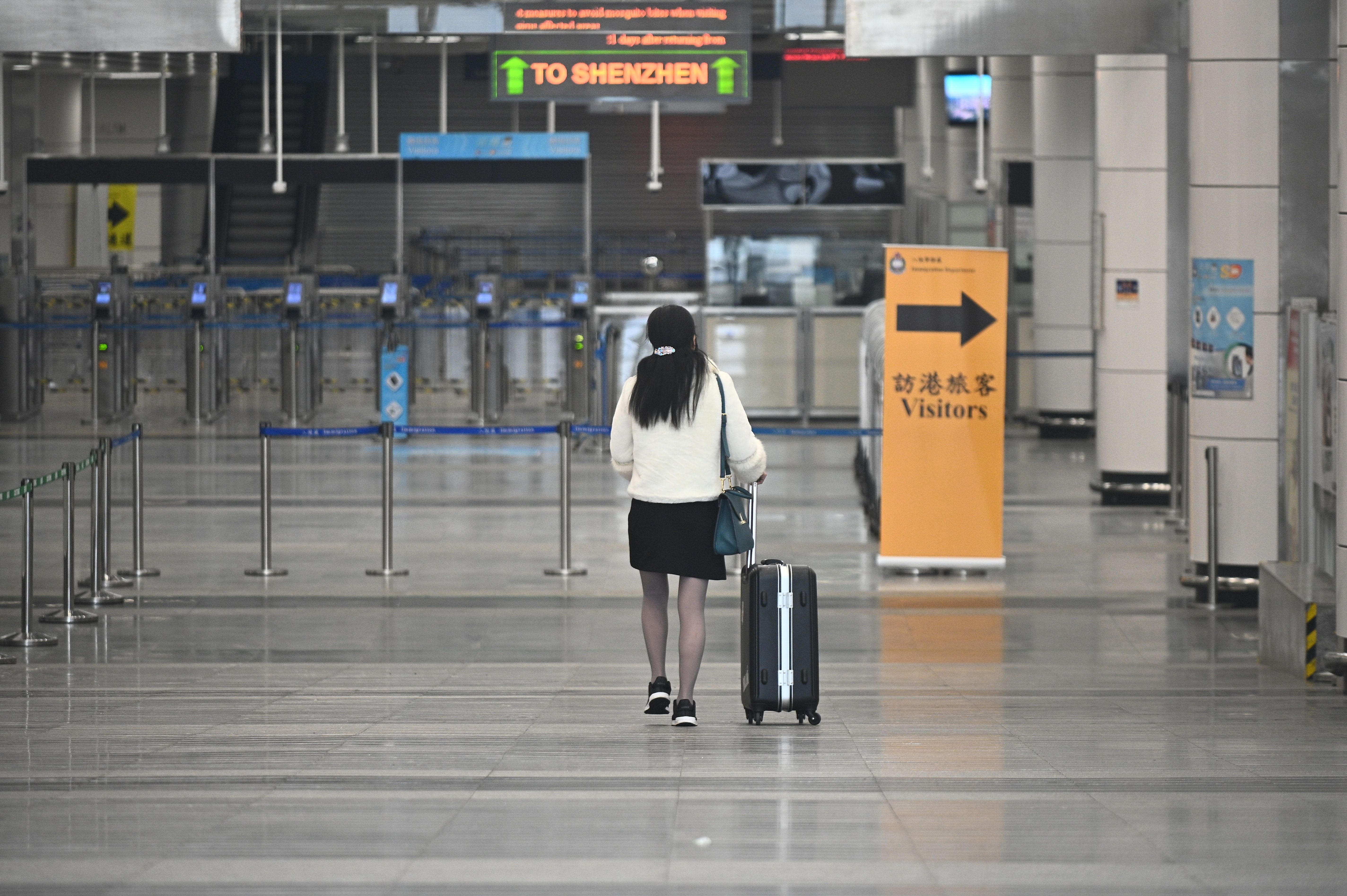 "We will call them [those quarantined at home] to ensure they are home and remind them not to leave, otherwise it's illegal and they will be subject to a six-month imprisonment. We also do random check-ups -- in fact, police have already done 10 and everyone has been at home," she said.

She said authorities considered the travelers a low risk, but explained they would be required to check in with the government to confirm their live locations via WhatsApp or WeChat.

As of 4 p.m. Saturday, a total of 8,953 people came to Hong Kong, the vast majority through the airport.

Lam announced the new measure to quarantine travelers from the mainland on Wednesday, saying it was only the second time the measure had been enacted. She said she hoped the quarantine would act as a deterrent for people crossing the border.

World Health Organization figures show that the virus has affected at least 28 countries, many of them in Asia, and has reached as far as the United States and Australia.

The vast majority of the cases and deaths are in mainland China. 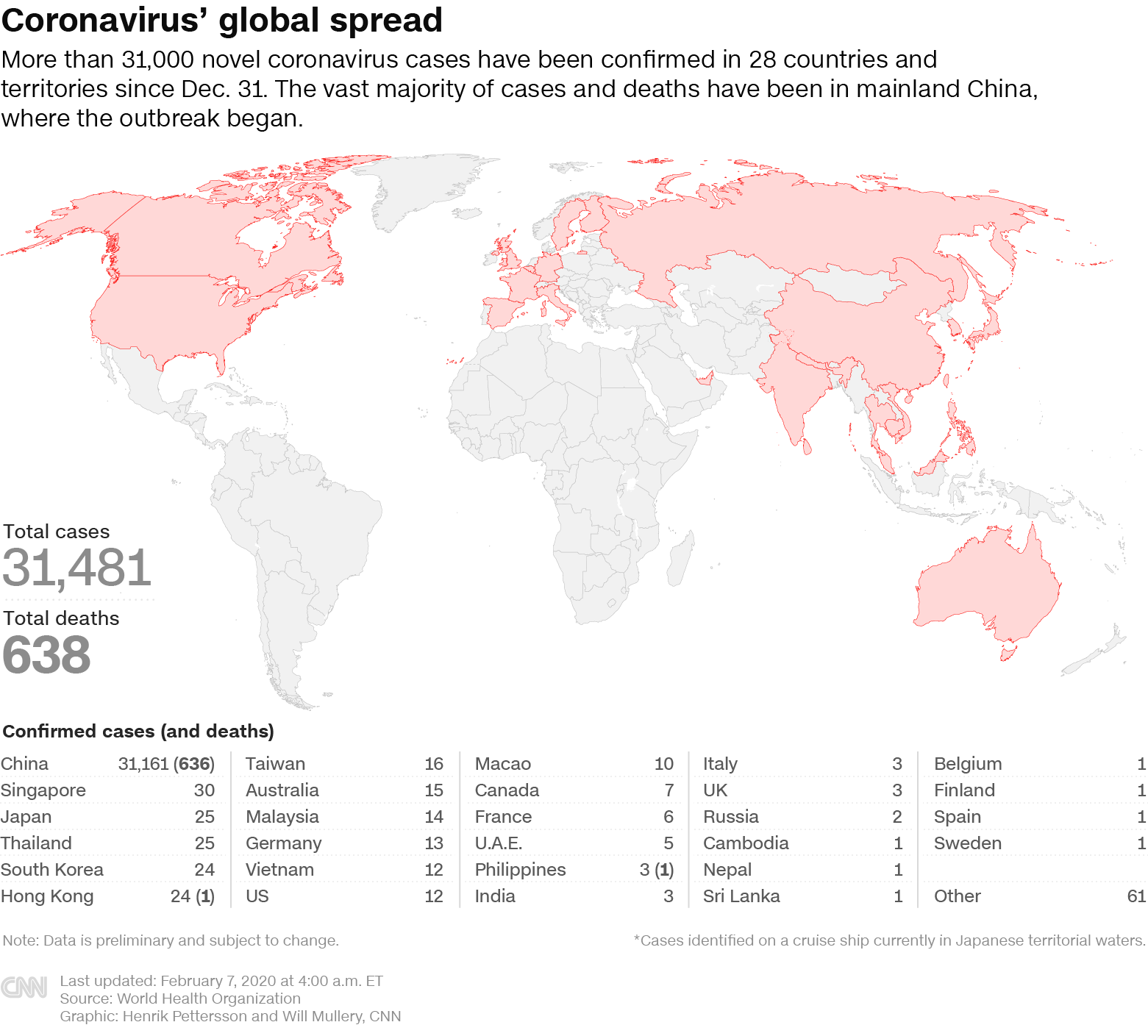 The graphic here is based on WHO data from Friday. The WHO updates its figures daily.

Five more people have tested positive for the coronavirus in France, Health Minister Agnes Buzyn said Saturday, bringing the total number of cases in France to 11.

All of the five new cases are British nationals, one of whom is a child. None are in a serious condition.

Air France said on Thursday it was extending its suspension of flights to Shanghai and Beijing and is likely to keep it in place for much of March.

The Diamond Princess cruise ship has been docked off the coast of Yokohama, Japan, now since February 4, and quarantined passengers aboard the ship say they feel like they're in prison.

At least three more passengers have tested positive for the Wuhan coronavirus, according to a statement released by the Japanese Ministry of Health on Saturday, bringing the total number of cases on the ship to 64.

More than 2,600 passengers on the ship are in enclosed rooms with no balconies. Passengers can only go outside in small groups under close supervision for less than an hour a day.

CNN's Will Ripley spoke to some American passengers aboard the ship, one of whom is calling on the US government to intervene and get them out of what she called a "contaminated prison."

"This is not a safe environment and we don’t think anybody, let alone the Japanese government, wants to be responsible for making a bad decision of quarantining us in an unsafe place," said Florida resident Gay Courter.

"We want off this ship and we want to go in health and not in dire medical circumstances."

Rebecca Frasure, an Oregon resident whose throat swab tested positive for the coronavirus, said she had no symptoms and was scared of the unknown.

"I don’t know what's going to happen an hour from now, tomorrow. For all we know we could stay on this ship for months," she said.

The World Health Organization's China Representative paid tribute to the whistleblower doctor Li Wenliang, who died earlier this week from the coronavirus.

"I never knew him. I only knew him through his social media posts. But I can tell you that his passing affected our team emotionally. A young man not only a loss to himself and his family, but also a symbol to health workers who are on the front line." 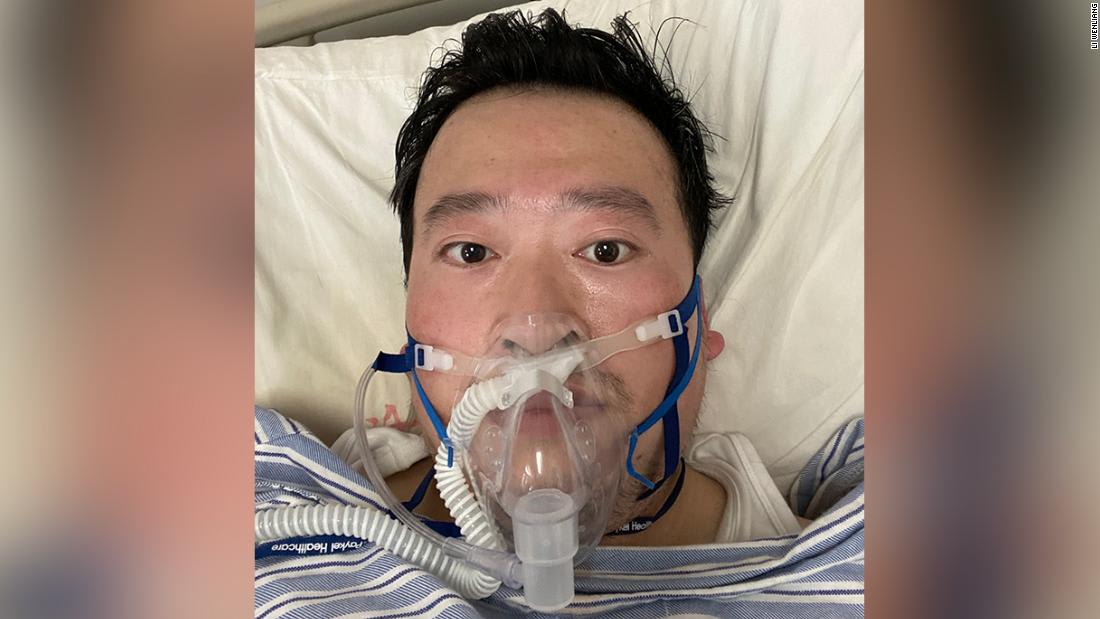 Doctors and nurses have arrived at Leishenshan Hospital, the second medical facility built in Wuhan in a matter of days, according to China's state-run CCTV.

The first batch of patients is also expected to be admitted today.

Construction on Leishenshan Hospital took 12 days, according to CCTV. The 32-ward and 1,500-bed structure will exclusively treat patients infected with the new coronavirus.

Read more about how hospitals are built so fast here