Errors by the US Centers for Disease Control and Prevention and a hospital in San Diego led to a woman with the novel coronavirus being sent back to Marine Corps Air Station Miramar instead of being sent to isolation at the hospital, according to a health official familiar with the situation.

The woman was among Americans in federal quarantine at the base. She flew to the base on February 5 on a State Department flight evacuating Americans from Wuhan, China. The next day she started experiencing symptoms of the novel coronavirus and was taken to UC San Diego Health. Three other people who were exhibiting symptoms were also transported to the hospital.

The hospital sent their specimens to a CDC lab in Atlanta for testing. According to the source, the specimens were incorrectly labeled upon arrival and so they were not tested. The CDC lab did not realize the specimens were from the four Miramar patients.

When no results were reported back, CDC staffers mistakenly gave UC San Diego Health the results of four other patients who tested negative. That mistake led to all four Miramar patients being transferred back to the base Sunday afternoon.

After they arrived back at the base, the mistake was discovered and the tests were run on the four Miramar patients. The results for the woman came back positive, and she was transported back to UC San Diego Health on Monday morning, where she remains in isolation. The woman has had a very mild illness, according to the source, with no fever and a slight cough. The other three patients tested negative.

A spokesperson for the hospital could not be immediately reached for comment.

During a news conference on Tuesday, Dr. Anne Schuchat, principal deputy director of the CDC, said "there was a little bit of a mix-up there” around the testing for the Miramar patient. She added that the patient may have had limited contact with other people when she developed symptoms, but the investigation is ongoing.

A Pakistani man who is stuck in Wuhan, China is appealing to his government to evacuate him, telling CNN that his father has died since he has been stuck in the city.

Mir Hassan, 27, is a PhD student studying computer architecture at Huazhong University of Science and Technology in Wuhan — the epicenter of the novel coronavirus outbreak.

The city went into lockdown on January 23, and now tens of millions of people are unable to leave the city and the surrounding area, with checkpoints set up on roads, flights canceled and military police blocking train stations despite the suspension of train services.

Hassan told CNN that since he has been stuck in Wuhan, his father has died.

“My father passed away on Friday, suddenly. He used to call me every day since this crisis broke out asking me to come home. I last spoke to him on Thursday. Friday morning I was messaged by my brother that my father is no more," he said.

Hassan told CNN he has received conflicting information from authorities regarding getting home.

“My university and the officials at the Chinese foreign affairs helpline have said that I have permission to leave. I am alone here, I beseech my government to please evacuate us please, we all want to go home, my mother needs me," he said.
“I have not gotten any assistance from the Pakistani Embassy in Beijing. They keep telling us that the Chinese government is preventing us from leaving, which is not true. The embassy simply needs to issue a non objection certificate to get us out of Wuhan which they are refusing to do," Hassan said.

Asked about Hassan’s plight, Dr. Zafar Mirza, Pakistan’s State Minister of Health told CNN: “We are absolutely saddened by the death of his father and he is very much in our thoughts.”

Mirza said that authorities have been in touch with Hassan.

“What I know is that the embassy has been in touch with him and we are trying our best to meet his request. I can tell you we are in contact with Chinese authorities to get him out,” Mirza said.

On Twitter, Mirza assured students in China that authorities were “intensely discussing the situation.”

Pakistan resumed direct flights to China following a suspension due to the coronavirus outbreak.

World Health Organization Director-General Tedros Adhanom Ghebreyesus said he believes there is a “realistic chance” of stopping the Wuhan coronavirus.

“If we invest now in rational and evidence-based interventions, we have a realistic chance of stopping the COVID19 outbreak,” he said during a news conference on Tuesday.

“We have to invest in preparedness,” he said, adding that richer countries should help invest in countries with a weaker health system.

The director-general said the virus could “create havoc” if it reaches a country whose health system is not capable of handling such an epidemic.

“I have a great concern that if this virus makes it to a weaker health system it will create havoc,” he said.

He cautioned that the fact that thus far authorities have been able to prevent that, “It doesn’t mean it will not happen — it may.”

There have been a reported 42,708 diagnosed cases of coronavirus in China, with the death toll surpassing 1,017 in China alone, Tedros Adhanom Ghebreyesus, director-general of the World Health Organization, said at a news conference on Tuesday.

The director-general said there had been 393 cases outside China, across 24 countries, and one death. It brings the worldwide total to 1,018 deaths and 43,101 cases, according to the WHO.

He also announced the coronavirus would be named COVID-19 and said a vaccine could be ready in 18 months. 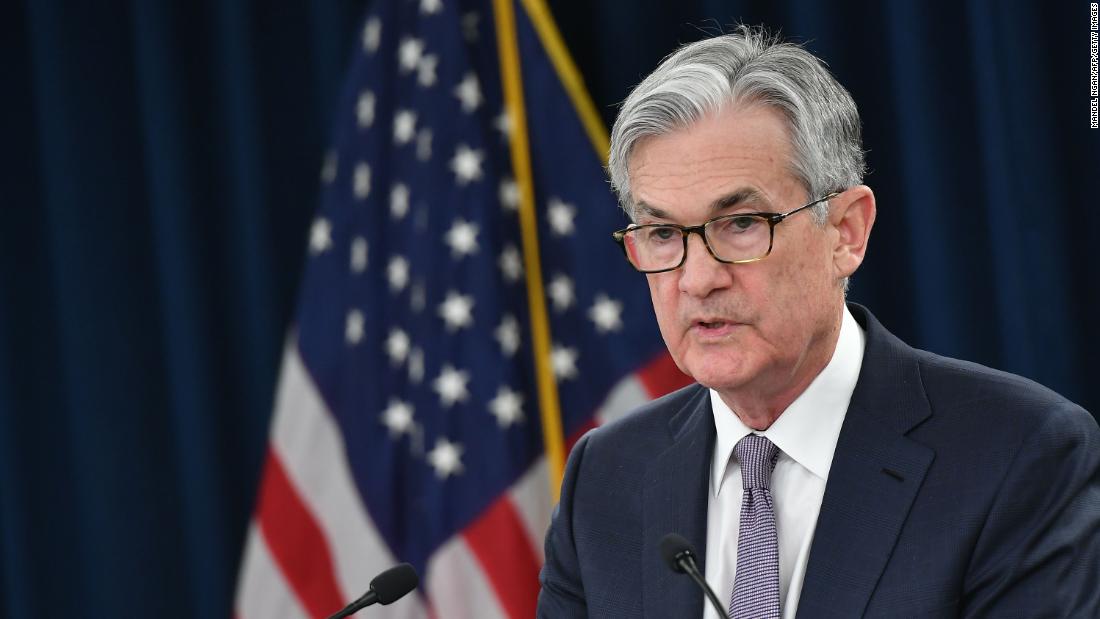 "We are closely monitoring the emergence of the coronavirus, which could lead to disruptions in China that spill over to the rest of the global economy," Powell said in his prepared testimony before the House Financial Services Committee, where he is set to deliver his semiannual report to Congress.

The outbreak of the coronavirus, which has now killed more than 1,000 people, has added uncertainty to the global outlook — and the US economy — as companies have shuttered plants and shifted supply chains to contain spread of the infectious disease.

In late January, Powell described the outbreak as a "very serious issue," but at the time, he noted the virus was still in its early stages and it remained uncertain how far it would spread and what the macroeconomic effects would be.

The US State Department authorized the departure of non-emergency personnel and their families from the US Consulate General in Hong Kong on Monday due to the novel coronavirus outbreak, a State Department spokesperson announced Tuesday.

“Authorized departure gives these employees and their family members the option to depart if they wish. Departure is not required. The U.S. Consulate’s authorized departure status will be reviewed in 30 days,” the spokesperson said in a statement.

The decision to authorize their departure was made "out of an abundance of caution related to uncertainties associated with the 2019-nCoV outbreak and to ensure the safety and security of U.S. Government personnel and family members," the State Department said.

The US Consulate General in Hong Kong will remain open to the public.

China is struggling to return to work after the coronavirus outbreak shut down large swaths of the world's second biggest economy for more than two weeks.

Senior officials in Beijing were speaking to reporters a day after an extended public holiday ended for much of the country, leading some businesses to try to reopen their doors. Others, though, remain closed, and local governments have issued mixed — and in some cases muddled — guidance about what companies should be doing.

WHO tweeted the director-general's warning on Tuesday, adding that the coronavirus remains "very much an emergency" for China and a threat for the rest of the world.

Health officials in Singapore have confirmed two additional cases of the novel coronavirus pneumonia, bringing the total to 47.

The patients in both cases have no recent travel history to mainland China, the Ministry of Health said in a statement.

The Ministry of Health said that out of the 47 confirmed cases in Singapore, seven patients remain in critical condition.