The UK government has organized an evacuation flight for British nationals on board the quarantined Diamond Princess cruise ship in Japan.

A total of 624 confirmed cases of the virus have been linked to the ship during its quarantine in Tokyo Bay.

Details have been sent to those who have registered for the flight. We urge other British nationals still seeking to leave to contact us,” he said.
“We will continue to support British nationals who wish to stay in Japan.”

A patient has died in South Korea, and tested positive for coronavirus after their death, according to the country's Centers for Disease Control and Prevention (KCDC).

The cause of death is still being investigated, a KCDC official said.

The death comes amid a rapid jump in cases across the Asian nation.

According to the KCDC, there have been 22 new confirmed cases, bringing South Korea's total confirmed infections to 104 on Thursday.

Among the latest cases, 21 are from the south of the country, including five linked to a church and 13 linked to a hospital in Cheongdo County. One case is in the capital Seoul, according to the KCDC.

Patients and staff at Cheongdo Daenam hospital, where the death occurred, are being tested for the virus, and environmental disinfection is currently ongoing.

This post has been updated to more accurately reflect when coronavirus was detected in the deceased patient.

One of Europe’s biggest airlines says coronavirus could cost it as much as $215 million.

Air France-KLM has suspended China operations for February and March. It also says it has seen wider demand for flights fall, especially across Asia.

Its cargo operations have also been hurt by the virus -- Air France KLM says in total the virus could cost it between $160m and $215m. That number is based on flights to China resuming in April.

Airlines around the world have responded to the coronavirus outbreak by suspending flights to and from China, severely disrupting travel by tourists and business executives in one of the world's busiest aviation markets. 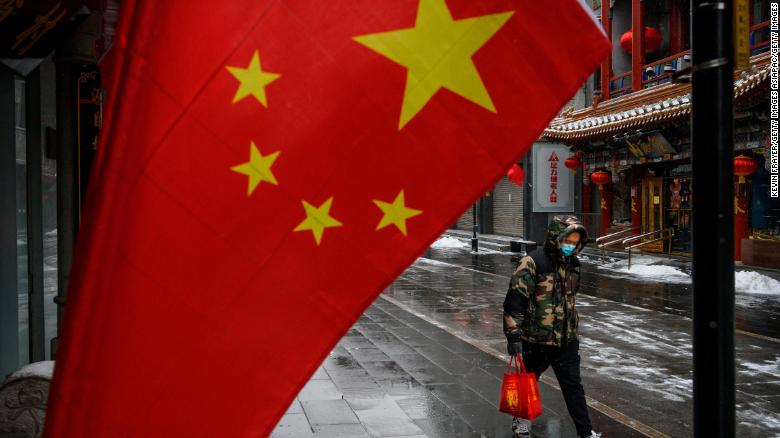 One day after announcing the expulsion of three Wall Street Journal reporters from China, the Chinese foreign ministry is standing by its decision, saying people who "maliciously smear China must pay their price."

Chinese foreign ministry spokesman Geng Shuang said yesterday that the press credentials for the three journalists would be revoked over an opinion piece titled "China Is The Real Sick Man of Asia."

It was written by a US academic and was critical of China's handling of the coronavirus epidemic, questioning what the consequences could be for the economy and political system.

Speaking today, Geng said the government was not interested when responding to a question about why the three journalists were kicked out for an opinion article they had no connection to.

“We are not interested in the structural divide at the WSJ. There is only one media agency called the WSJ, and it must be responsible for what it has said and done," he said.
“Those media who blatantly insult China, pitch racial discrimination and maliciously smear China must pay their price.”

Diamond Princess cruise ship captain Stefano Ravera has just made an announcement onboard the cruise liner, reporting that two passengers have died of the novel coronavirus, as heard on a video recording supplied to CNN by a passenger.

"Our hearts go out to the families and friends and all others who are impacted by these losses. All of us at Princess Cruises, as well as the crew of the Diamond Princess, offer our sincere condolences."

The two passengers who died were in their 80s and had been in hospital in Japan, but no further information is known about them at this stage.

There are 624 confirmed cases of the virus linked to the stricken ship, docked in Yokohama, Japan. Passengers who tested negative are still disembarking from the ship today.

There's still a lot we don't know about the novel coronavirus, officially called Covid-19, and scientists around the world are racing to gather data and develop a treatment.

Every day, the total number of people killed by the coronavirus in mainland China grows, but it is unclear yet whether the daily increases have already peaked.

A total of 114 people in mainland China died from the coronavirus on Wednesday, according to the country's National Health Commission (NHC) -- 22 fewer deaths than the day before.

But it is still far above the double-digit figures of late January and early February.

Here's the breakdown from the NHC, as reported by the World Health Organization:

Chinese authorities said 17 people had died from the virus before January 23.