A second coronavirus death has been confirmed in King County, Washington, according to a press release from Seattle and King County Public Health.

The patient was a man in his 70s with underlying health conditions. He was hospitalized at Evergreen Health in Kirkland and died Saturday, the release said.

The man's death is the second death in the US.

A total of five new presumptive positive cases of coronavirus were identified in California Sunday, according to health departments in three counties.

Two patients are health care workers from Alameda County and Solano County, according to a joint press release from two localities. Both are employees at NorthBay VacaValley Hospital in Vacaville, California, according to the release. Vacaville is about 34 miles southwest of Sacramento.

The two patients came into contact with a community-acquired case currently hospitalized at UC Davis Medical Center in Sacramento, the release said. The patients are currently in isolation at home.

These cases are pending confirmatory testing from the US Centers for Disease Control and Prevention, the release said.

The three other cases were identified in Santa Clara County, according to the county's health department. The total number of cases in the county is now seven, the release said.

One of the cases in Santa Clara is a woman with chronic health issues who is hospitalized, the release said. Officials have not said how this person contracted the virus.

The US Health and Human Services Department has launched an investigation into a manufacturing defect in novel coronavirus tests created by the US Centers for Disease Control and Prevention, according to an official at the agency.

The coronavirus tests were sent to labs across the United States but weren’t usable for weeks because of a flaw.

The agency is bringing together a team of non-CDC scientists “to better understand the nature and source of the manufacturing defect in the first batch of COVID-19 test kits that were distributed to state health departments and others.”

Food and Drug Commissioner Dr. Stephen Hahn said in a statement that the FDA worked with the CDC to identify the manufacturing issue with the tests and resolve it..

"FDA has confidence in the design and current manufacturing of the test that already have and are continuing to be distributed," Hahn said. "These tests have passed extensive quality control procedures and will provide the high-level of diagnostic accuracy we need during this coronavirus outbreak."

New York has confirmed its first case of novel coronavirus, according to a statement from New York Gov. Andrew Cuomo.

The patient is a woman in her late 30s, contracted the virus while traveling abroad in Iran, and is currently isolated in her home, Cuomo said.

“The patient has respiratory symptoms, but is not in serious condition and has been in a controlled situation since arriving to New York,” the statement reads.

Cuomo said approval for state-testing was granted on Saturday and the positive test was confirmed by New York’s Wadsworth Lab in Albany.

"There is no cause for surprise -- this was expected," Cuomo said. "As I said from the beginning, it was a matter of when, not if there would be a positive case of novel coronavirus in New York."

"The general risk remains low in New York. We are diligently managing this situation and will continue to provide information as it becomes available," he said.

The coronavirus death toll in mainland China increased by 42 Sunday, according to China’s National Health Commission (NHC). All the new deaths were in Hubei province.

The additional deaths bring the total death toll in mainland China to 2,912, the NHC said.

There have been 129 deaths reported outside mainland China, raising the global death toll to 3,041.

Confirmed cases in mainland China increased by 202. Of those cases, 193 were in Hubei province. That means there were nine new cases reported in the rest of mainland China outside of Hubei, according to the NHC.

Other deaths across the globe include:

The total number of confirmed cases in mainland China is now 80,026, bringing the global total to 88,443. A total of 44,462 patients in China have recovered and been discharged from hospital, the NHC said.

American Airlines has waived change fees for customers purchasing travel between March 1 and March 16, the airline announced in a statement Sunday.

On Saturday, the airline announced they were suspending operations between New York and Miami to Milan, Italy. 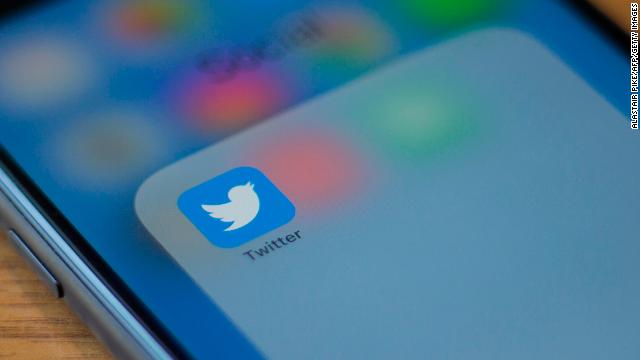 Twitter has suspended all non-critical business travel and events out of concern for coronavirus, the company announced in a blog post Sunday.

We also have the responsibility of ensuring that the health and safety of our employees and partners is not compromised," the statement read.

The blog post said they informed employees on February 29 of the travel suspension.

This policy is effective immediately and will continue until the World Health Organization or Centers for Disease Control deem it appropriate to step back from pandemic precautionary measures or when a vaccine becomes available."

The company said its goal is to "reduce the risk that anyone at Twitter might contract or inadvertently spread the virus."

A US Postal Service employee from a Seattle distribution center is among the six people who tested positive for novel coronavirus in King County, according to a USPS statement.

"This employee had recently returned from overseas travel and this incident is not mail-related," the USPS statement read. "We are working closely with the Seattle and King County Public Health Department and in accordance with CDC guidelines."

The employees at the distribution center mainly work with automated equipment and do not have customer interactions, the statement read.

"We have been informed the current risk to other employees is low," the statement read.

On Sunday, King County Public Health said it was "aware that the U.S. Postal Service is reporting that one of its employees was diagnosed with COVID-19." This person was one of the cases already reported and is included in the six total cases currently in the county, according to a Seattle and King County Public Health release. The state has a total of eight cases, including the one fatality announced on Saturday.