President Trump will donate his salary from the last quarter of 2019 to the Department of Health and Human Services as the department works on combating coronavirus, White House press secretary Stephanie Grisham said.

Since taking office, Trump has donated his salary to a variety of government agencies and efforts, including the Surgeon General's Office, the Department of Homeland Security and the Department of Veterans Affairs. 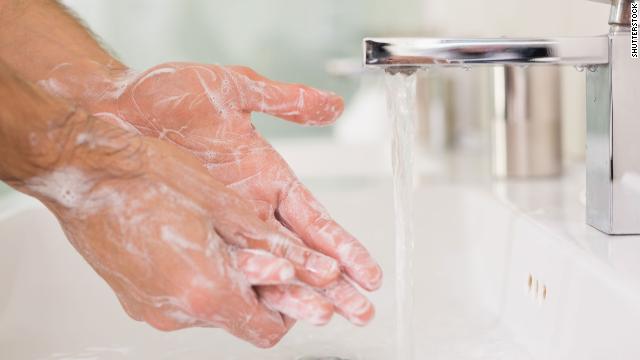 In general, the public should do "what you do every cold and flu season," said Dr. John Wiesman, the health secretary in Washington state.

The World Health Organization recommends staying at least 3 feet away from anyone who may be infected.

There are now 108 confirmed and presumptive positive cases of novel coronavirus in the United States, according to an update Monday from the US Centers for Disease Control and Prevention.

These include 45 people who were aboard the Diamond Princess cruise ship, three people repatriated from China and 60 US cases.

US cases are those detected and tested in the United States through US public health systems since January 21. Among the 60 US cases, there have been six deaths.

Among those US cases, there are 22 travel-related cases, 11 cases of person-to-person spread and 27 cases that are under investigation, which means they’re investigating how those patients became infected.

Some more context: CDC will now generally updating coronavirus case totals by noon on weekdays, Dr. Nancy Messonnier, director of CDC’s National Center for Immunization and Respiratory Diseases, said during a press briefing today. The most up-to-date case counts will come from states, she said.

Messonnier said CDC is no longer reporting the number of people under investigation on its website because CDC’s figures are no longer representative of the testing being done nationally.

The novel coronavirus has killed 79 people in Italy as of 6 p.m. local time on Tuesday, the Italian Civil Protection authority said in a statement.

According to the statement, the number of total cases has also risen to 2,502.

Resolve to Save Lives, a health initiative to prevent epidemics, looked at ten countries with 50 or more coronavirus cases as of Monday.

The group's analysis showed that countries that had their first death within 30 days of its first reported case had a higher total case and death counts, higher case-fatality rate, and more average cases per day overall.

Countries that had no death within the first 30 days had a much lower total case and death count, lower case-fatality rate, and fewer average cases per day.

The Kenyan Government has suspended flights to and from Northern Italy, the country’s National Emergency Response Committee said in a statement.

The suspension was decided after consultations with the Italian Embassy in Nairobi as well as local stakeholders and comes in the wake of the novel coronavirus outbreak in that part of Italy.

It is expected to apply to flights to and from the cities of Verona and Milan.

US Food and Drug Administration Commissioner Dr. Stephen Hahn said the United States should have the capacity to perform about a million novel coronavirus tests by the end of the week.

"Our expectation in talking to the company that's scaling this up, is that we should have the capacity by the end of the week to have kits available to the laboratories to perform about a million tests,” Hahn explained.

During the Senate Health hearing on response to coronavirus, Hahn was pushed to explain how he thinks the US could do a million tests when to date, it has only been able to perform about 3,600 tests.

Hahn expanded saying, "I want to distinguish between the ability to get the test kits out to the laboratories with the ability with the labs to actually do the test.”

Hahn said the FDA has been working very closely with all manufactures to build on this platform that CDC has developed. The company it is using has "estimated they are going to be able to scale up to deliver 2,500 kits by the end of the week to providers of the test."

Professional sports events in Spain where large numbers of fans from coronavirus-hit areas are expected will be played behind closed doors, with no spectators, the country’s health minister announced Tuesday.

The move will affect the March 10 Champions League match between Valencia and Atalanta, as well as a March 19 match featuring Getafe and Inter Milan.

Other sports events that will be played to empty stands will be a Valencia vs. Olimpia Milano basketball game on March 5 and Girona vs. Venezia on March 19, Illa said.

The World Health Organization warns that countries' abilities to respond to the coronavirus outbreak are being compromised by shortages and other disruptions to the global supply of the personal protective equipment needed for health care workers.

"Shortages are leaving doctors, nurses and other frontline health care workers dangerously ill-equipped to care for COVID-19 patients, due to limited access to supplies such as gloves, medical masks, respirators, goggles, face shields, gowns, and aprons. We can’t stop COVID-19 without protecting our health workers," WHO Director-General Tedros Adhanom Ghebreyesus said during a press briefing on Tuesday.

Tedros added that WHO predicts that each month, about 89 million medical masks, 76 million examination gloves and 1.6 million goggles will be required globally for health care workers to respond to the coronavirus outbreak.

"Prices of surgical masks have increased six-fold, N95 respirators have more than tripled, and gowns cost twice as much. Supplies can take months to deliver, market manipulation is widespread, and stocks are often sold to the highest bidder," Tedros said. "WHO has shipped nearly half a million sets of personal protective equipment to 27 countries, but supplies are rapidly depleting."

WHO has guidelines available for countries to follow on how to rationalize the use of personal protective equipment — also called PPE — in health facilities and manage supply chains effectively.

"We’re also working with governments, manufacturers and the Pandemic Supply Chain Network to boost production and secure supplies for critically affected and at-risk countries," Tedros said. "Globally, it is estimated that PPE supplies need to be increased by 40%."