South Korea has come up with a new way to make sure people self-quarantined at home stay put: a GPS-based app.

The app will monitor people who are quarantined -- and if they leave their designated location, the system will set off an alarm.

The application will be implemented later this week in Daegu and surrounding North Gyeongsang province, where about 90% of national infections have been reported, according to the government. There are an estimated 2,300 people currently under quarantine in Daegu alone.

“The government discussed about a more efficient way to monitor people in quarantine and developed an application,” Park Jong-hyun, a public relations official of the Central Disaster Relief Headquarters, said at a briefing on Wednesday.

Currently, more than 2,000 confirmed patients in Daegu and North Gyeongsang province are waiting for beds.

The South Korean government began categorizing confirmed cases so that patients with more serious health conditions can be hospitalized, while people with milder symptoms can be monitored from home or government designated facilities.

There are now six confirmed coronavirus cases in Belarus, the country’s Health Ministry said in a statement Wednesday.

Previously, the country only had one confirmed case.

Four cases have been reported in the country’s capital Minsk, while another two are in the northeastern Vitebsk region.

According to the ministry, all patients are experiencing mild symptoms.

Greece’s Health Ministry has confirmed one new case of coronavirus, bringing the total number of cases in the country to eight.

According to a statement released by the health ministry on Wednesday, the patient in question is a man based in Thessaloniki in northern Greece who had recently been in close contact with another person diagnosed with the virus.

The novel coronavirus has infected more than 92,000 people worldwide, killing at least 3,200. If you're just waking up now, here are the key developments in the battle to contain its spread.

Asia cases spike: The number of confirmed coronavirus cases continues to grow in Asia, with South Korea reporting another spike today that leaves it with over 5,600 infections. Mainland China recorded 119 new cases as of the end of Tuesday, with 115 in Hubei province, ground zero for the outbreak. Japan, Australia, Hong Kong, Malaysia and Singapore all reported new cases today.

US cases rise: There are now 126 confirmed coronavirus cases in the United States. Nine patients have died -- all in Washington state.

Planes grounded: Japan Airlines and All Nippon Airways announced they will reduce the number of domestic flights in Japan. Vietnam budget carrier Vietjet has suspended all flights between Vietnam and South Korea.

Iran rolls out new measures: Iran, which is one of the worst affected countries in the world, is activating a 300,000-strong team of health workers. People trying to leave the city of Qom will be quarantined if they have symptoms.

All clear for Chinese military: China has one of the biggest militaries in the world -- but none of its personnel have been infected with coronavirus, according to a senior member of the People's Liberation Army.

Avoiding crowds: Indian Prime Minister Narendra Modi announced today that he will be skipping a key event to mark the major Hindu festival of Holi. Meanwhile, South Korean President Moon Jae-in has canceled his visits to the United Arab Emirates, Egypt and Turkey.

South Korea has confirmed an additional 293 coronavirus cases, bringing the national total to 5,612, according to the country's Central Disaster Relief Headquarters.

A total of 32 patients have died from the virus.

South Korea has the most cases of any country outside of China.

According to Jung Eun-kyeong, the head of the Korea Centers for Disease Control and Prevention, about two thirds of those cases have been related to a cluster transmission, while the others have transmitted sporadically.

As of Wednesday, about 3,000 members of the Shincheonji religious group have tested positive for the novel coronavirus, accounting for 56% of cases nationwide. Among those confirmed cases within the religious group, some 2,900 cases are related to a branch in Daegu.

In a news conference Wednesday, Dr. Chuang Shuk-kwan of the Center for Health Protection said that one of the new cases is a 43-year-old Buddhist monk from the Fook Wai Ching She Buddhist temple on Hong Kong Island.

The temple has been connected to several other confirmed cases in the city.

According to Dr. Linda Yu of the Hospital Authority, 43 patients have fully recovered from coronavirus and been discharged from hospital. Another 55 patients remain in hospital, including two in critical condition and three in serious condition.

Two patients with the virus have died in Hong Kong.

During Wednesday's news conference, Professor Sophia Chan, the secretary for food and health, said the people on those charter flights will have to undergo a 14-day isolation period at a quarantine camp.

The Japanese Rugby Football Union (JRFU) announced on Wednesday that next month’s Asia Sevens Invitational, which doubles as a test event for Rugby Sevens at the Tokyo 2020 Olympics, has been cancelled due to concerns over the coronavirus outbreak.

The tournament, which was due to be held Saturday, April 25 to Sunday, April 26, is the latest Tokyo 2020 test event to be cancelled after this month’s wheelchair rugby test event was also cancelled.

Here's what the Tokyo 2020 Local Organizing Committee said in a statement:

“Tokyo 2020 has received notification from Japan Rugby Football Union (JRFU) that the Asia Sevens Invitational 2020 tournament, scheduled to take place between 25 and 26 April, has been cancelled due to concerns relating to novel coronavirus.”
“After confirming it is safe to do so, Tokyo 2020 nevertheless will carry out the tests in some form and will consult with the International Olympic Committee, World Rugby and other relevant organisations to determine the content of such tests."

The news comes after International Olympic Committee (IOC) President Thomas Bach gave his unequivocal backing on Tuesday to the Games going ahead this summer, urging athletes to prepare “full steam” despite the coronavirus threat.

If you're worried you have coronavirus, what should you do? Here's what the US Centers for Disease Control and Prevention (CDC) recommends ...

Before you get the test: Health officials urge anyone who believes they should be tested to call ahead, rather than showing up unannounced and potentially exposing others to an infectious disease.

When should you be tested? The CDC recommends calling a healthcare professional if you feel sick with fever, cough, or difficulty breathing, and have been in close contact with a person known to have coronavirus, or if you live in or have recently traveled from an area with ongoing spread of the virus.

The CDC recommends these types of people should be tested: 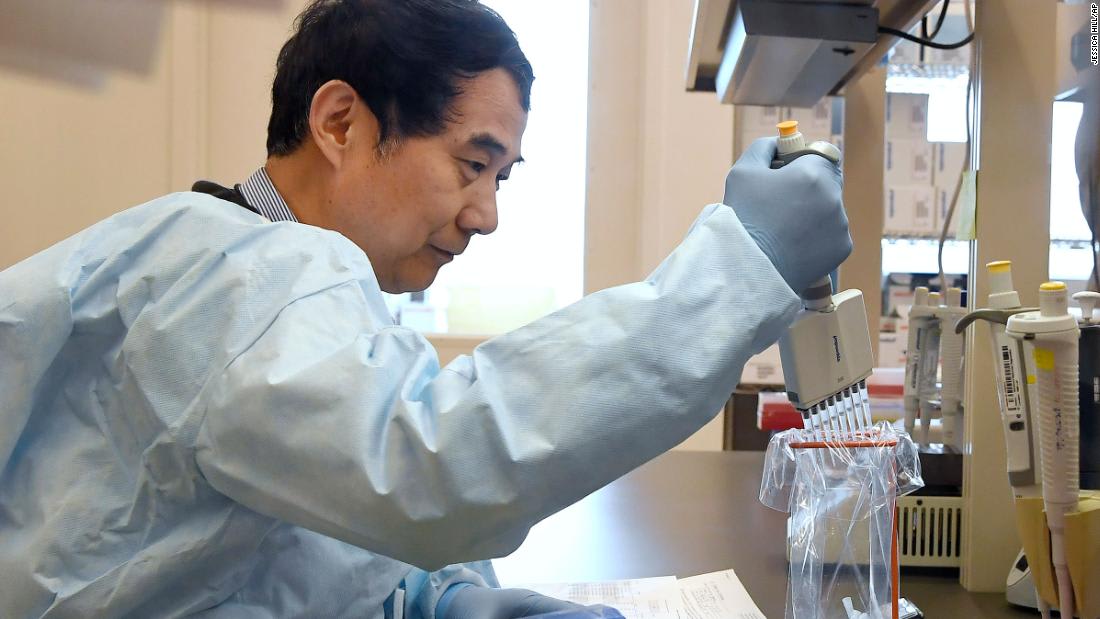 Coronavirus test: How and when you should be tested

Countries worldwide are preparing for the possibility of public health emergencies related to the novel coronavirus, as the World Health Organization warned a shortage of protective equipment is hampering the response to the outbreak.

The virus has infected more than 92,800 people and killed at least 3,200 since it was first identified in the Chinese city of Wuhan in December last year. It has now spread to more than 75 countries and territories, with self-sustaining clusters forming in South Korea, Japan, parts of Europe, Iran and the United States.

At a news briefing Tuesday, WHO Director-General Tedros Adhanom Ghebreyesus said that each month, the organization estimates that about 89 million medical masks, 76 million examination gloves and 1.6 million goggles will be required globally for health care workers to respond to the outbreak.

"Shortages are leaving doctors, nurses and other front line health care workers dangerously ill-equipped," said Ghebreyesus. "The WHO has shipped nearly half a million sets of personal protective equipment to 27 countries, but supplies are rapidly depleting."

The dire warning comes as China announced a further drop in new cases, raising hopes that the outbreak is beginning to level off in the hard-hit country. Though the vast majority of the total number of confirmed cases and deaths are inside of China, the number of new daily infections outside of the country now exceeds those inside. 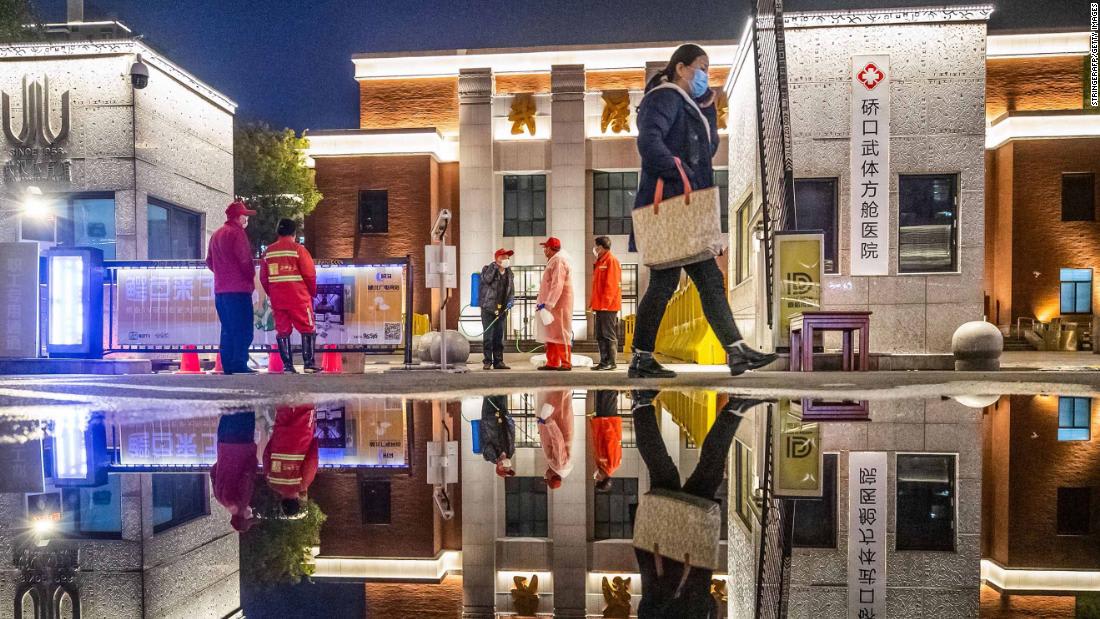