There are now eight confirmed cases of Wuhan coronavirus in Hong Kong, according to a government press release.

The health department said it was continuing its epidemiological investigations and relevant contact tracing of the eight confirmed cases.

This brings the total number of cases outside mainland China to 50, in an outbreak that has infected over 2,000 people worldwide and killed 56 in China.

The Los Angeles County Department of Public Health has confirmed the first case of coronavirus in the county, according to a statement from the department. It is the fourth confirmed case in the United States.

Public Health officials in the county said there is no immediate threat to the public and no special precautions are required, but urged residents in Los Angeles to "practice good public health hygiene."

"Health is working closely with the Centers for Disease Control and Prevention (CDC) and other federal, state and local agencies to monitor this novel coronavirus that has emerged from Wuhan, China, over the past few weeks. This is a rapidly evolving situation and information will be updated as it becomes available," the department said in a statement.

The three other confirmed cases in the US were found in:

World Health Organization Director-General Tedros Adhanom Ghebreyesus announced in a series of Tweets on Sunday that he is headed to China to assist with response efforts to the coronavirus.

“We are working 24/7 to support [China] & its people during this difficult time & remain in close contact with affected countries, with our regional & country offices deeply involved. @WHO is updating all countries on the situation & providing specific guidance on what to do to respond,” Ghebreyesus said in a separate tweet.

“Building on experience and systems already in place for related pathogens, @WHO has activated global networks of experts, quickly developed advice for countries everywhere, and is working with them to activate their response systems. #coronavirus”

The United States’ top infectious disease doctor wants a team of disease detectives from the US Centers for Disease Control and Prevention to go to China and check on crucial questions about how the Wuhan coronavirus is spreading.

But there’s one problem: China first has to invite the CDC.

A CDC spokesperson was not immediately available to comment on Sunday. NIH and CDC are separate divisions of the US Department of Health and Human Services.

On Sunday, Ma Xiaowei, China’s health minister, told reporters that the virus could spread before someone develops symptoms. If so, that means the virus will spread much more quickly than expected.

Ma did not explain how Chinese authorities arrived at this conclusion.

“The implications for this are so important that in my mind it’s absolutely critical that we ourselves see the data, because what goes on over there has implications for what happens here,” Fauci said.

Fauci said that CDC disease detectives would need to see precisely how Chinese health authorities have gathered their data.

“The Chinese have good people. I don’t want to impugn their capabilities,” Fauci added. “But when it’s something as important as this, our people who are trained epidemiologists need to go over their data and the best way to do that is go there and see how they’re collecting it.”

He added that to his knowledge, the Chinese did not tell US health authorities that the virus could spread before someone is symptomatic, a crucial aspect of any disease investigation. He said he learned about it after reading a CNN reporter’s email.

The International Tennis Federation announced on Sunday that February’s regional Fed Cup qualifying event will be moved from Dongguan, China, to Nur-Sultan, Kazakhstan.

"The decision to move the event to a different venue was taken due to increasing travel restrictions in China, P.R. at the present time and followed consultation with independent security advisors,” the ITF said in a statement.

The event will take place February 4 - 8. The top two teams advance to the Fed Cup playoffs in April.

The Hong Kong government are not allowing residents from Hubei province, and people who visited the province in the past 14 days, from entering its territory.

The statement added that Hong Kong residents were excluded from this order. 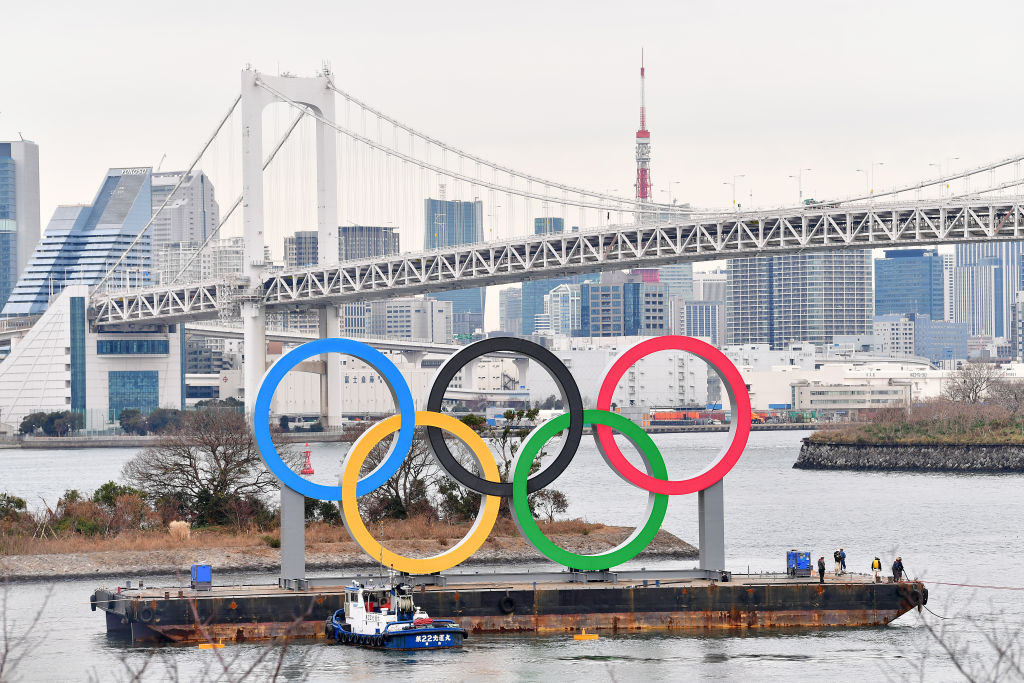 Sydney will now replace the Chinese city of Nanjing as the host of a women's Olympic qualifying tournament next month due to the outbreak of the Wuhan coronavirus, according to sporting officials.

The Chinese Football Association (CFA) informed the Asian Football Confederation (AFC) that it is withdrawing as host because of the “current situation” of the coronavirus outbreak, AFC said in a statement on its website.

The venue had already been switched from Wuhan, where the disease originated, to Nanjing.

Football Federation Australia (FFA) chairman Chris Nikou said in the statement on Sunday that the safety of all players, officials, and fans is the main concern for the FFA and the AFC.

“We are confident we will host a success tournament here in Sydney,” said Nikou.

Beijing now has 68 confirmed cases of Wuhan coronavirus, including a 9-month-old girl, according to the city's municipal health authority.

The baby is the youngest known case to be confirmed so far.

To date, the virus has infected more than 2,000 people worldwide and killed more than 50 in China.

There are more than 2,000 confirmed cases of the virus, and 56 deaths, worldwide as concern mounts about the rate of its spread.

Here's a rundown of what has been happening over the past few hours:

Outbreak in China: Some 1,975 cases were confirmed in mainland China, with full or partial lockdowns in 15 Chinese cities as authorities attempt to limit the virus's spread. The death toll rose to 56, with all cases occurring within the country.

Contagious before symptoms: People can spread the virus before symptoms show, China's health minister said Sunday. If he's correct, people who did not know they are ill have been spreading the virus. A veteran adviser for a US health agency called the news a "game changer."

Wild animal ban: The sale of all wild animals has been banned, the Chinese government announced Sunday. The outbreak, which emerged last month, has been linked to Huanan Seafood Wholesale Market in Wuhan. Authorities linked wild animals sold at the market as the likely source of the virus.

More deployments: About 1,600 medical professionals are being sent to Wuhan on Sunday and Monday, amid videos and witness accounts showing packed hospitals and overworked staff. A new, 1,000-bed hospital is also being built on the city's outskirts, to be ready by February 3.

International spread: Confirmed cases have risen beyond China. A man in California is now the third confirmed case in the United States. Malaysia, Singapore, Thailand and Macao have all reported an increase in infections. The African continent got its first suspected case, but authorities in Cote d'Ivoire believe it might just be a case of pneumonia.

Foreign nationals evacuated: Countries, like the US, Japan and France, are attempting to transport their citizens out of Wuhan.

Anger in Hong Kong: Protests broke out Sunday over government plans to turn an unoccupied apartment building, called Fai Ming Estate, into a quarantine center. Hong Kong authorities have since rolled back on their announcement.