The commander of the US Forces Japan (USFJ) has declared a public health emergency for all forces in the country amid the novel coronavirus outbreak, the USFJ said in a statement Wednesday.

The order, which will remain in effect through May 15, "ensures commanders possess the necessary authorities to enforce compliance with health protection measures" on those who live and work on US installations.

The statement added that the order expands the previous declaration, which included only the Kanto Plain region.

Germany recorded its highest number of coronavirus-related deaths in a single day on Tuesday, with 285 people dying of the virus in 24 hours.

New infections in the country are significantly down, however, according to the country's center for disease control, the Robert Koch Institute.

Some 72,600 people have recovered from the disease, according to the institute.

US President Donald Trump's name will appear on checks sent to millions of Americans to combat the economic effects of the coronavirus in a last-minute Treasury Department order, a senior administration official confirmed to CNN on Tuesday.

The decision to add Trump's name will not result in a delay for Americans receiving those checks, the senior administration official said.

The Washington Post was first to report on the news Tuesday.

Two senior officials told the Post that the decision would probably set back the delivery date on the first set of paper checks -- potentially slowing a process that could already take up to 20 weeks. But the Treasury Department denied the claim, with a department spokesperson assuring the Post that the first batch of checks was still slated to go out next week.

"Economic Impact Payment checks are scheduled to go out on time and exactly as planned -- there is absolutely no delay whatsoever," the Treasury spokesperson told the paper. 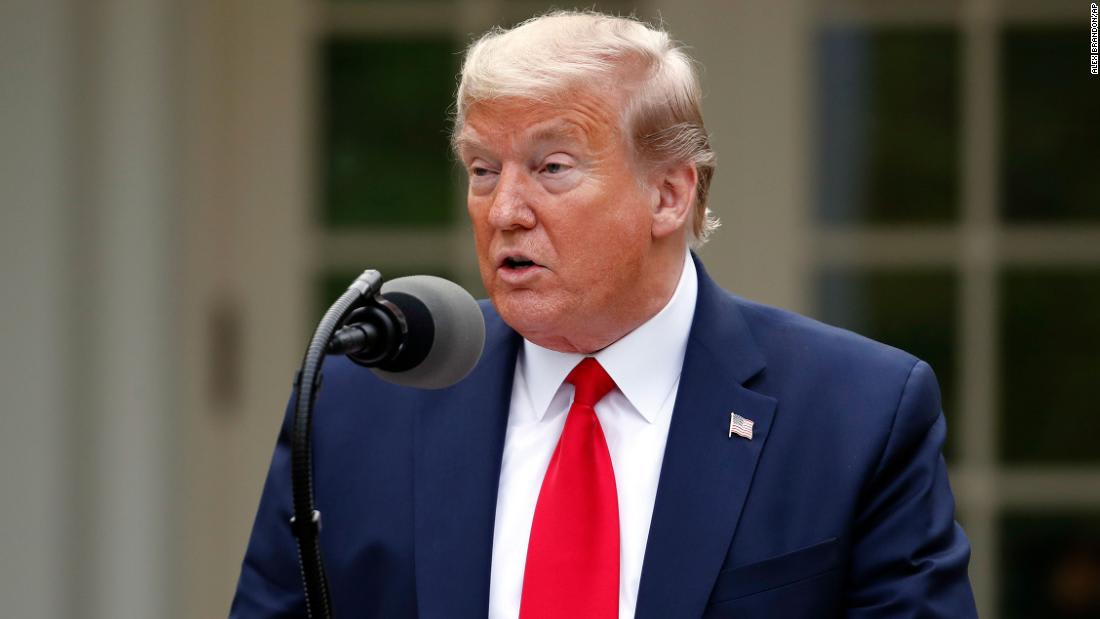 Trump's name will be added to stimulus checks

Millions of South Koreans are expected to vote in today's parliamentary elections. But with the coronavirus outbreak, it's not exactly a typical election.

As voters queue up to cast their ballot, they must stand 1 meter (3.2 feet) apart. Stickers on the ground indicate where they need to stand.

Anyone who isn't wearing a mask will be handed one before they enter the polling station. Voters are also given gloves, and their temperature is taken. Anyone with a temperature of more than 37.5 degrees Celsius (99.5 degrees Farenheit) must vote in a special booth.

Inside the polling station, the booths are regularly disinfected.

Once they've voted, voters can discard their gloves.

An explosive outbreak of coronavirus at the Smithfield Foods plant in Sioux Falls, South Dakota could not have been prevented by a stay-at-home order, Gov. Kristi Noem argued in a news conference on Tuesday.

Noem is one of a handful of governors who has refused to issue such an order, rejecting a request from Sioux Falls Mayor Paul TenHaken.

“I've seen some national stories written that a shelter-in-place would have prevented this outbreak at Smithfield. That is absolutely false,” Noem said.

The plant accounts for 4% to 5% of US pork production and employs about 3,700 people, according to Smithfield.

The governor said that even with a broad order, the facility would have stayed open due to its status as a major food supplier. “This is a critical infrastructure job plant,” she said.

As of Tuesday, 438 Smithfield workers in Sioux Falls had tested positive for coronavirus, and the plant is shut down indefinitely. But Noem said even a shelter-in-place order targeted only at the surrounding community would not be coming from her office.

“That could be a local decision that the mayor and city council could choose to do,” Noem said.

Read more about the outbreak at the plant here: 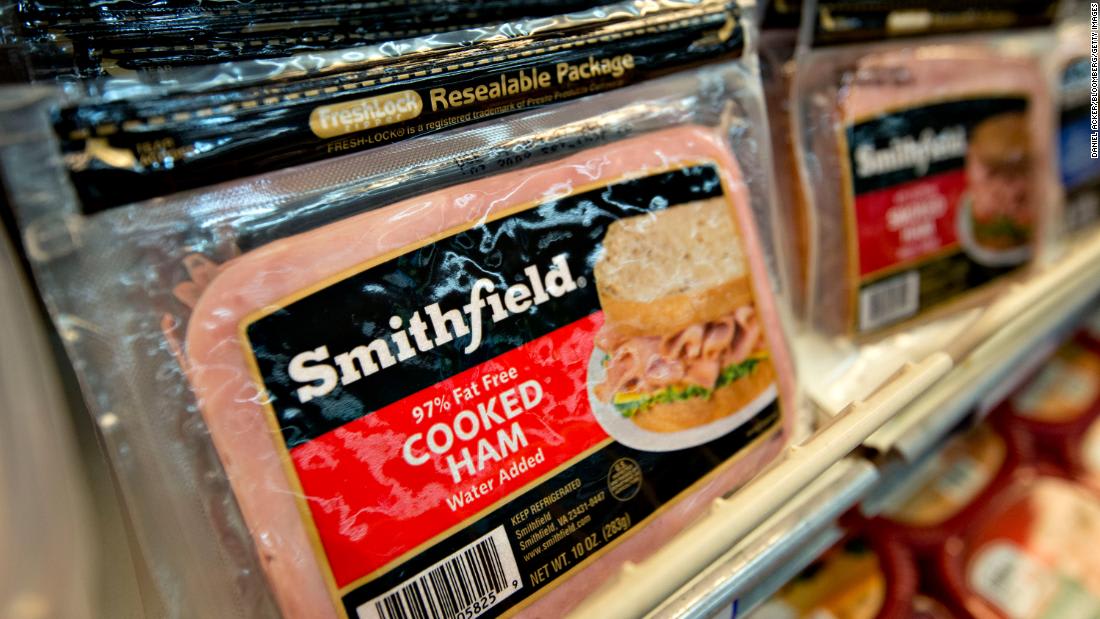 This may be the new normal for quite a while.

The US may have to endure social distancing measures -- such as stay-at-home orders and school closures -- until 2022, researchers projected on Tuesday. That is, unless, a vaccine becomes quickly available.

That's according to researchers from the Harvard T.H. Chan School of Public Health, who published their findings in the journal Science on Tuesday. Those findings directly contradict research being touted by the White House that suggests the pandemic may stop this summer.

The team at the Harvard School of Public Health used what's known about Covid-19 and other coronaviruses to create possible scenarios of the current pandemic.

"Intermittent distancing may be required into 2022 unless critical care capacity is increased substantially or a treatment or vaccine becomes available," they wrote in their report. "Even in the event of apparent elimination, SARS-CoV-2 surveillance should be maintained since a resurgence in contagion could be possible as late as 2024."

The Harvard team's projections also indicate that the virus would come roaring back fairly quickly once restrictions were lifted. 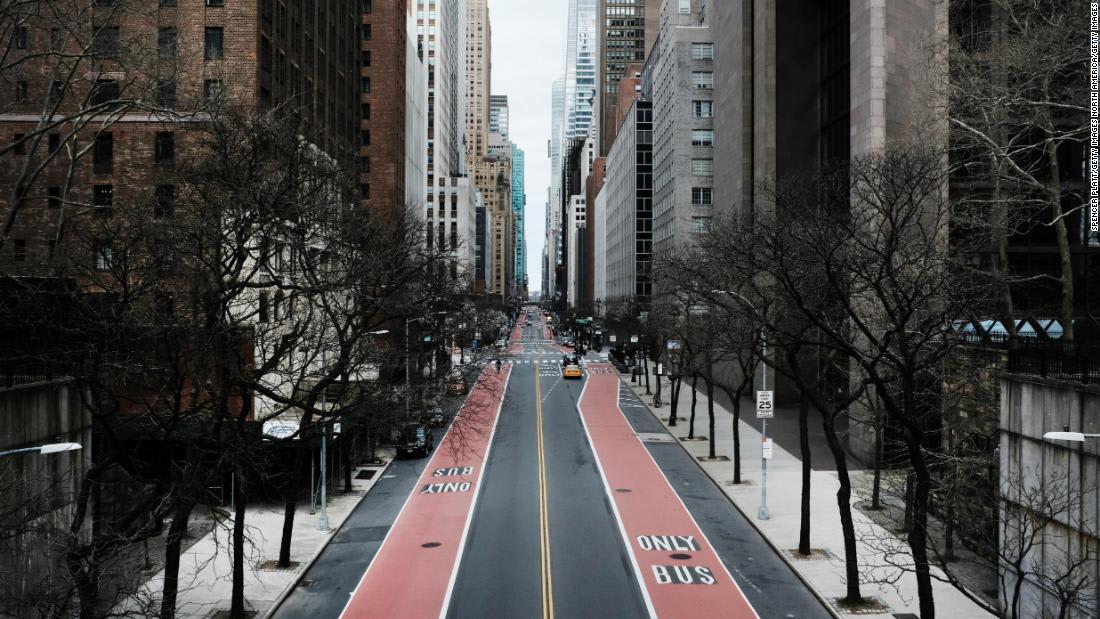 US may have to endure social distancing until 2022 if no vaccine is quickly found, scientists predict

New Zealand Prime Minister Jacinda Ardern has announced today that she, along with government ministers, will take a 20% pay cut for the next six months.

The pay cut will help save money at a time when economies around the world are being heavily affected by the coronavirus pandemic.

"Today, I can confirm that myself and government ministers and public service chief executives will take a 20% pay cut for the next 6 months, as we acknowledge New Zealanders who are reliant on wage subsidies, taking pay cuts, and losing their jobs as a result of the Covid-19 global pandemic," Ardern said at a news conference today.
"While it in itself will not shift the government's fiscal position, it is about leadership and I acknowledge my colleagues both in the executive and also the colleagues we work with in the public service for the decision that was taken today."

Coronavirus cases continue to spike in Japan, with 457 new infections recorded on Wednesday and 10 deaths on Tuesday, according to the country's health ministry.

The total number of infections across the country now stands at 8,812, including 712 cases associated with the Diamond Princess cruise ship that was quarantined in Yokohama Bay in February. The death toll is 131, with 12 fatalities linked to the ship.

Unknown sources: While health ministry officials have focused on containing and preventing the spread of infection clusters, concern has grown nationwide as the numbers of cases with an unknown source of infection rise.

The US has recorded 26,033 deaths from the novel coronavirus after the most fatalities in a single day since the epidemic began were reported on Tuesday, according to Johns Hopkins University.

At least 2,405 new deaths linked to Covid-19 were reported on Tuesday, along with 26,633 additional cases of the virus.

Some 609,240 infections have been confirmed in the United States since the outbreak began in January.