Russian President Vladimir Putin said he was “pleased” with the outcome of his summit meeting Thursday in the Russian city of Vladivostok with North Korean leader Kim Jong Un, saying he would discuss the results with China and the United States.

“We are all pleased with the outcome of the talks -- both I and my colleagues,” the Russian leader said. “Chairman Kim Jong Un is a fairly open person, leading a free discussion on all issues that were on the agenda.”

Asked if Kim would be willing to continue his contact with the US, Putin said the leader in Pyongyang would be guided by his “national interests,” but added that “we can’t resolve anything without talks” when it came to the crisis on the Korean peninsula. Putin, who travels next to Beijing, said he would discuss the summit with his Chinese counterparts.

“Of course, I will speak tomorrow in Beijing with the leadership of the People’s Republic of China, but we will also openly and frankly discuss today's meeting with the American leadership,” he said. “There are no secrets here, Russia's position is always open, there are no conspiracies.” Putin said Kim himself requested that his position be relayed to the US side.

“Moreover, Kim Jong Un himself asked us to inform the American side about his position, about the issues that arose for him in connection with the processes that are taking place on and around the Korean Peninsula,” the Russian president said.

It just wouldn’t be a Kim Jong Un summit without a coin to commemorate the occasion.

Photographers at the banquet spotted cases with the medals in laid out at each table place.

Perhaps the most well-known coin was the one commemorating the Trump and Kim Singapore summit. It was sold by the White House Gift Shop ahead of the meeting and was a resounding success, attracting over 1,000 orders in the first day.

That coin, in silver, white, red and blue, sparked controversy for referring to Kim as North Korea’s “Supreme Leader,” a title not usually used by the US. 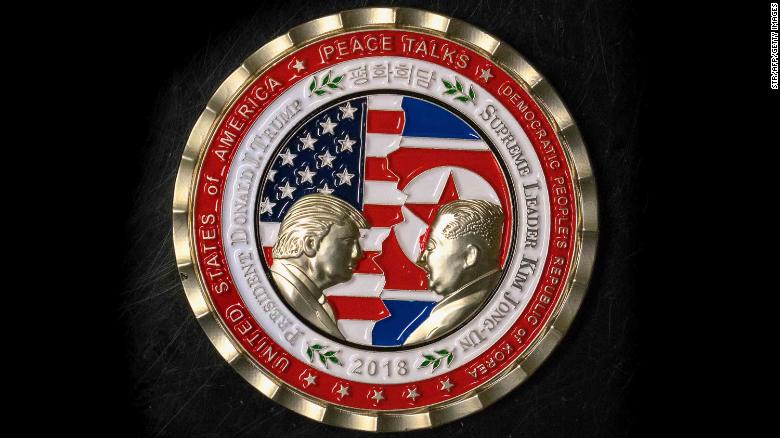 In Hanoi, people lined up outside the Vietnam Stamps Company from 6 a.m. -- three-and-a-half hours before the shop opened -- to get their hands on one of 500 limited-edition coins commemorating the second summit between Trump and Kim

Each of the coins cost 500,000 Vietnamese dong (about $22) and sold out in three hours. On the front, the coin features the flags of the US and North Korea, embossed in silver, along with a dove and the slogan “World Peace.” 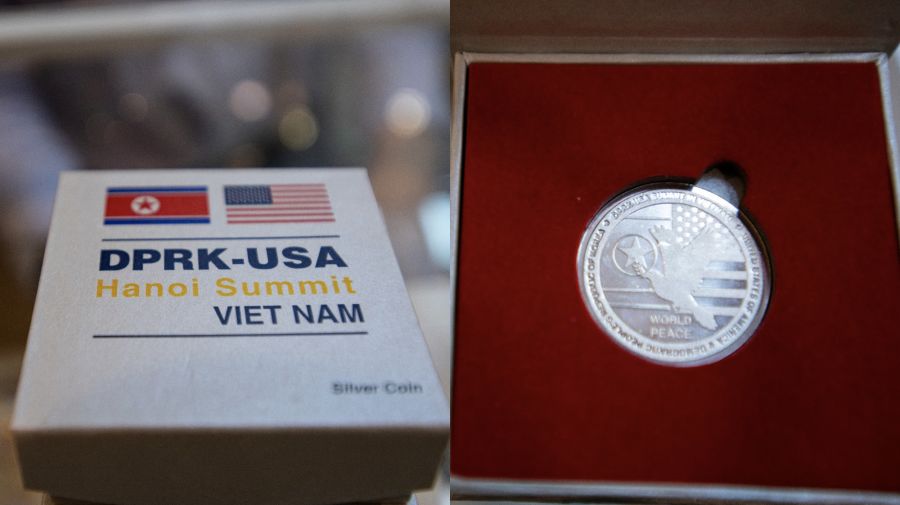 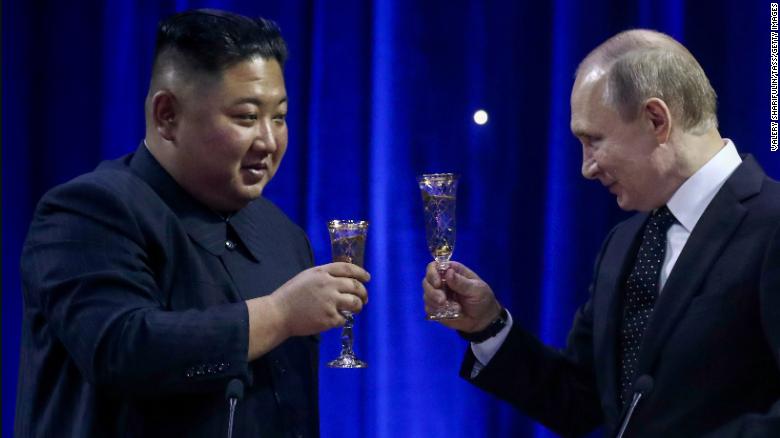 Putin is treating Kim to a host of classic Russian dishes for dinner, according to a copy of the menu posted by the Russian state news agency TASS.

The two will be eating:

Talks between North Korean and Russian officials have ended after about three and a half hours, according to Russian state news agency TASS.

The two leaders will now attend a formal reception, followed by dinner. 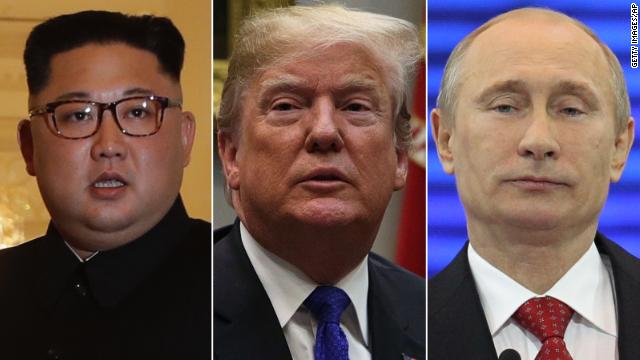 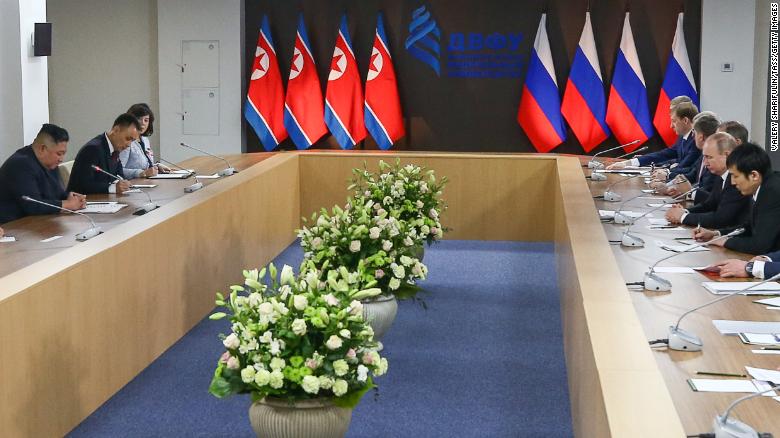 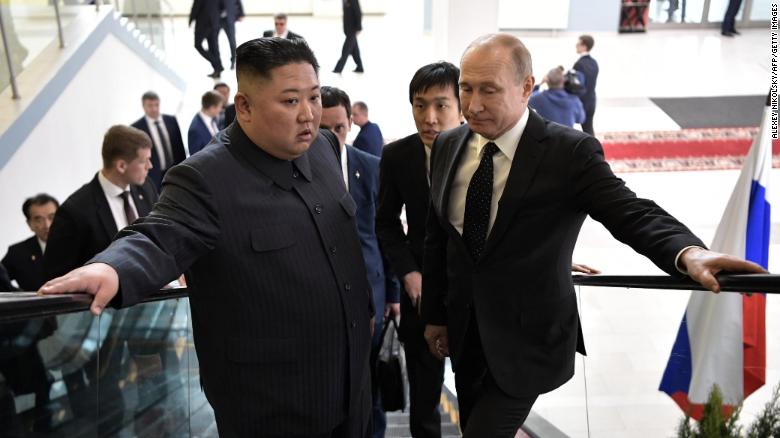 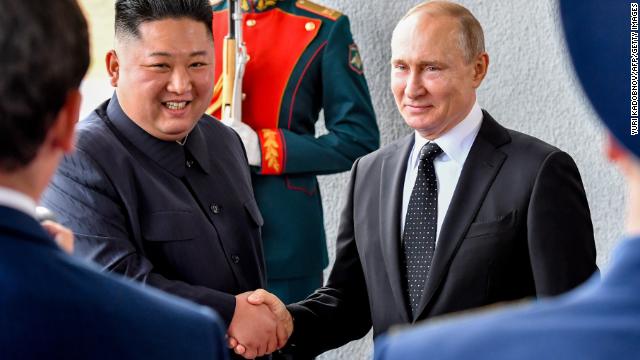