New Zealand Prime Minister Jacinda Ardern said her cabinet has agreed "in principle" on proposals to change the country's gun laws in response to the terror attack in Christchurch Friday, but she stopped short of revealing what those changes might be.

Ardern said more details will be released once her cabinet "has worked through through the in-principle decision" made today.

Appearing beside New Zealand First leader Winston Peters, Ardern told reporters at a news conference Monday that the cabinet was "absolutely united" in its decision.

"This was a cabinet decision," said Peters. New Zealand First is part of the ruling coalition along with Ardern's Labour Party.

"The reality is after the 15 March, our world changed forever, and so will our laws," Peters said.

The grandmother of alleged terrorist Brenton Tarrant has spoken to Australia's Nine News about the shock she felt after hearing about Friday's mosque shootings in Christchurch.

"It's just so much ... to take in that somebody in our family would do anything like this," 81-year-old Marie Fitzgerald said.

Tarrant has been charged with murder in the wake of the two shootings at New Zealand mosques which left at least 50 people dead and the city of Christchurch in shock.

Fitzgerald said she believed it was after Tarrant's overseas trip to Asia and Europe that her grandson changed.

"It's only since he traveled overseas, I think, that that boy has changed completely to the boy we knew," she said.

Police have already said Tarrant's family is co-operating with authorities.

Nine victims of Friday's Christchurch mosque shootings are still in a critical condition, authorities have said.

David Meates, chief executive of Canterbury District Health Board, said in a statement that two victims of the attacks, which claimed at least 50 lives, would be released from hospital on Monday. Another 31 were still being treated.

"There is still a four-year-old girl in a critical condition in Starship Hospital in Auckland," Meates said. "Her father has been transferred to Auckland and remains in a serious but stable condition."

He added that the attack had "profoundly affected" the staff of Christchurch hospital and said they would need support in the coming days.

"We are postponing a significant number of surgeries planned for Cantabrians and others to free up theatre space and surgical teams today," he added.

One of New Zealand's biggest internet auction websites has announced that it will pull all semi-automatic weapons from its platform, following their use in the Christchurch terrorist attacks.

At least 50 people were killed when a gunman opened fire in two mosques with multiple weapons on Friday.

A statement released by TradeMe on Monday said that the site would halt the sale of semi-automatic weapons while it waited "for more clarity from the government."

"It is clear public sentiment has changed in relation to semi-automatic weapons and we acknowledge that."

In the wake of last Friday's attacks in Christchurch in which 50 people were killed, New Zealand faces a defining moment on the availability of guns in society.

Prime Minister Jacinda Arden has pledged tough measures to limit their circulation -- but in a country with a strong hunting tradition, where there is roughly one gun for every four people, it will be no easy path.

"The gun lobby is already talking about consultation, no knee jerk reactions. 'Come out to the gun range and see were good people,' and that has the effect of watering down every gun law that's been tested," says Alper.

According to Alper, there have been four inquiries into possible changes to New Zealand's gun laws during the past 22 years -- and the gun lobby has stymied every one of them.

The first body belonging to a victim of Friday’s Christchurch massacre has been officially released by the New Zealand Police and Coronial Services.

However, the family of the victim declined to take possession of the body. Haumaha said that the family will wait for the release of the body of a second family member who was also killed in the attack, so as to collect both at the same time.

“The process has been very emotional and highly stressful for all and you can imagine the emotions are running high, as in accordance with the Islamic faith, the families have wanted their bodies to be returned as soon as possible. We are ensuring that we do that,” Haumaha said.

Two homes in New South Wales were raided by Australia's Joint Counter Terrorism team on Monday morning, as part of the investigation into the Christchurch terrorist attacks.

The raids took place in the northeastern coastal towns of Sandy Beach and Lawrence, the the Australian Federal Police said in a statement.

Both towns are close to Grafton, where the alleged shooter worked for a time at a local gym.

"The primary aim of the activity is to formally obtain material that may assist New Zealand Police in their ongoing investigation," police said in the release.

There is no "impending threat" connected to the raids, police said.

The owner of New Zealand firearm chain Gun City has come out in support of Prime Minister Jacinda Ardern's "swift" actions in the wake of the Christchurch terrorist attack.

"All Gun City sales to this individual followed a police-verified, online, mail-order process," he said. "We detected nothing extraordinary about this license holder."

Tipple said he was "dismayed and disgusted" by the attack and added that Gun City "fully supports (Ardern's) swift and decisive actions" in the wake of the tragedy.

"Accurate concerns have been raised and we want to assist in ensuring effective responses," he said. 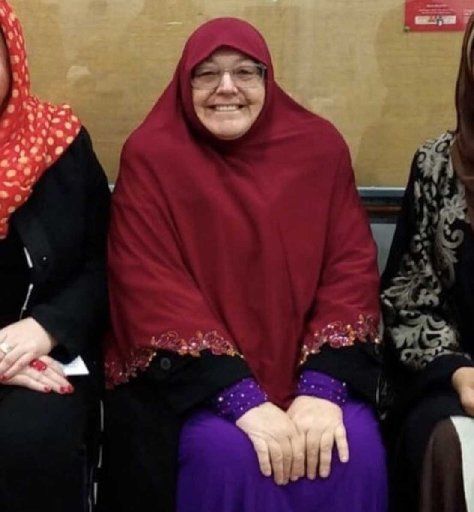 New Zealand native Linda Armstrong was among those killed on Friday in the Christchurch mosque shootings, her nephew Kyron Gosse confirmed to CNN.

"Linda had a huge heart and was willing to help out anyone who needed it," Armstrong's family said in a statement. "She befriended many travelers, immigrants and refugees. Opening her home, her heart and her kitchen."

Gosse said his 65-year-old aunt was "absolutely loved by the Muslim community" and "showed up to mosque every Friday."

Armstrong grew up in West Auckland and recently moved to Christchurch to be closer to her daughter and grandchildren, her family said.