Melbourne, one of Australia's largest cities, will light up in the colors of New Zealand on Friday night to remember those killed in the terrorist attacks in Christchurch.

Victorian Premier Daniel Andrews announced the move on Friday, which will include some of the city's most recognizable landmarks including the town halls, the state library and Flinders Street Station.

"Victorians stand with Christchurch tonight, after this darkest of days. And we must all stand against the forces in our society that try and stir up animosity and anger. That try to divide us," Andrews said on his official Twitter.

Flags will also be flown at half mast on Saturday across the city, he said.

Auckland police have confirmed that a controlled detonation carried out in central Auckland was not linked to Friday's attack in Christchurch.

According to police Superintendent Karyn Malthus, authorities were notified of an incident where two bags were left unattended on the city's Galway Street shortly after 5pm.

"Police can confirm the bags were not suspicious and contained scaffolding equipment," she added.

New Zealand Prime Minister Jacinda Ardern has announced 40 people have been killed, and at least 20 injured, in Friday's attacks on two Christchurch mosques. Ardern described the incident as a terrorist attack. 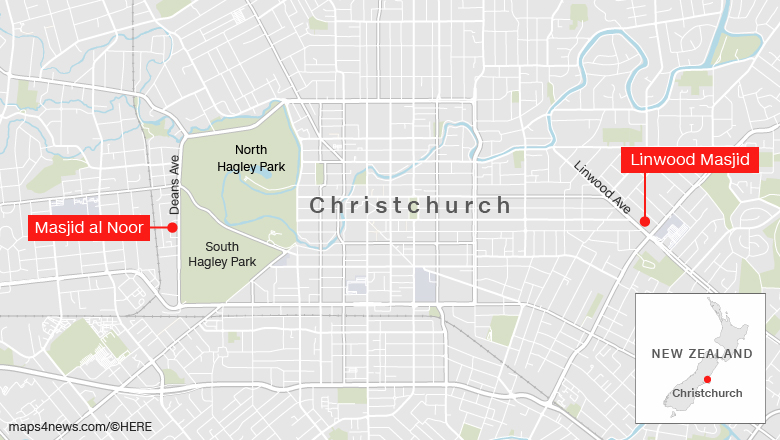 The injuries range from critical to minor, according to a statement from David Meates, Chief Executive of Canterbury District Health Board. Around 200 family members are on site waiting for news of loved ones.

A witness who did not want to be named told CNN that he smashed a window inside the mosque to escape. He said he was in the bathroom when multiple people began shooting.

"I turned to open the door to the toilet and they started firing and I said 'what was going on' and they just keep firing and firing," he said.

"I smash the window and the firing just keep going," he said.

Another witness told CNN that he prayed that the gunman would "run out of bullets."

"I was thinking that he must run out bullets you know, so what I did was basically waiting and praying to God, oh God please let this guy run out of bullets," he said. He said a man told him to remain still when the gunman shot the man "straight in the chest."

New Zealand Prime Minister Jacinda Ardern said the improvised explosive devices found at the scene of the attacks were attached to the gunmen's cars.

Police had earlier announced a number of explosives had been found following the attacks, which the New Zealand military had disarmed.

She wouldn't comment on whether or not the perpetrators had meant for it to be a suicide attack.

Asked by reporters how the attack had occurred, New Zealand Prime Minister Jacinda Ardern said the four people under arrest had not been on any security watch lists prior to the attack.

When pressed on why the intelligence services hadn't been watching the attackers, Ardern said there were questions to be asked.

"I think we should be vigilant against the idea of extreme ideology and violent acts," she said. 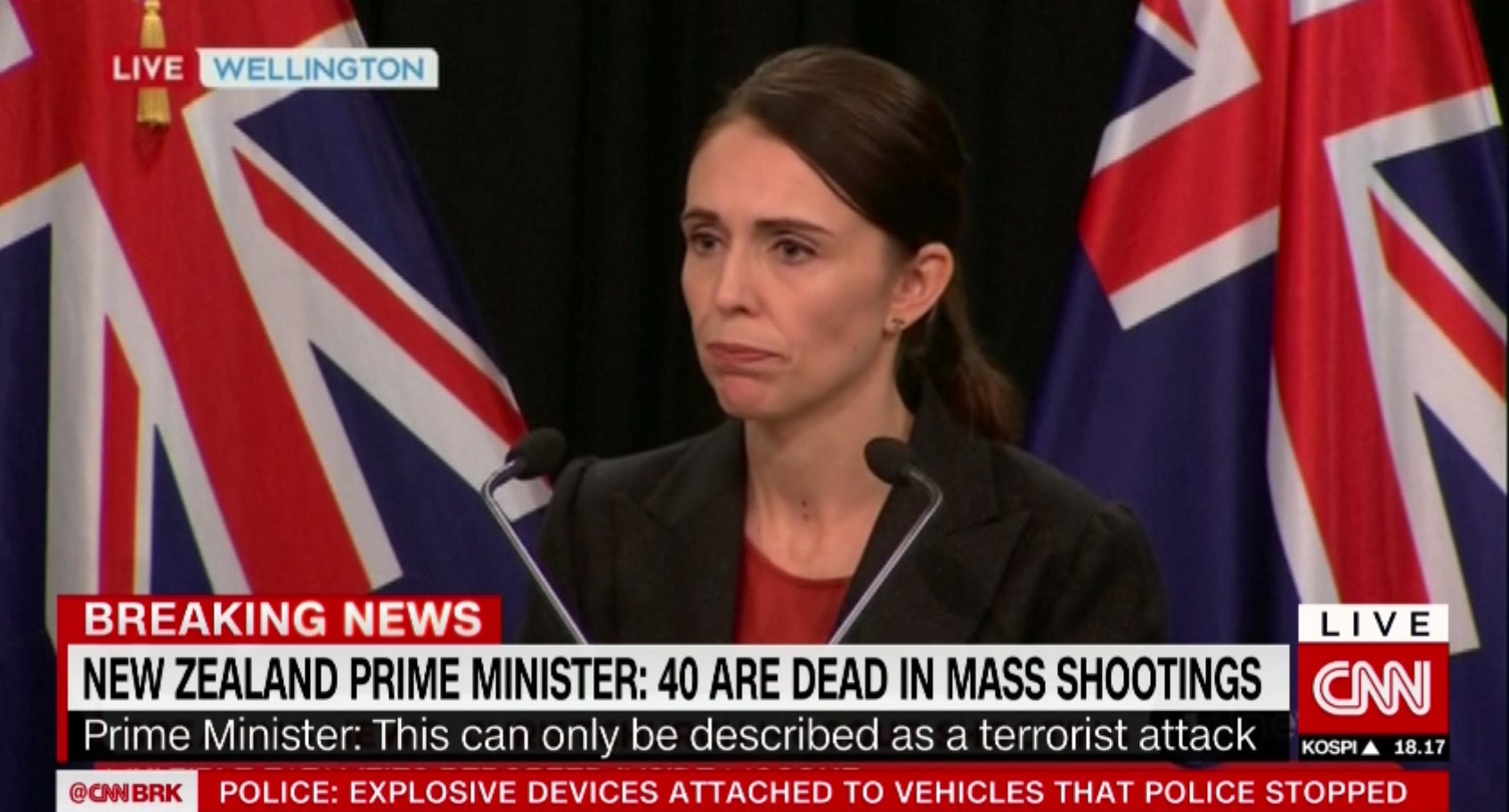 New Zealand Prime Minister Jacinda Ardern said the attack appeared to be well planned and said the country had been chosen for its strong multicultural values.

"We were chosen (because) we represent diversity, kindness compassion, a home for those who share our values, refuge for those who need it and those values, I can assure you, will not and cannot be shaken by this attack," she said.

Ardern said while the attackers may have chosen New Zealand, but "we utterly condemn and reject you."

New Zealand Prime Minister Jacinda Ardern has confirmed 40 people have been killed and at least 20 others injured in Friday's mosque attacks in Christchurch. 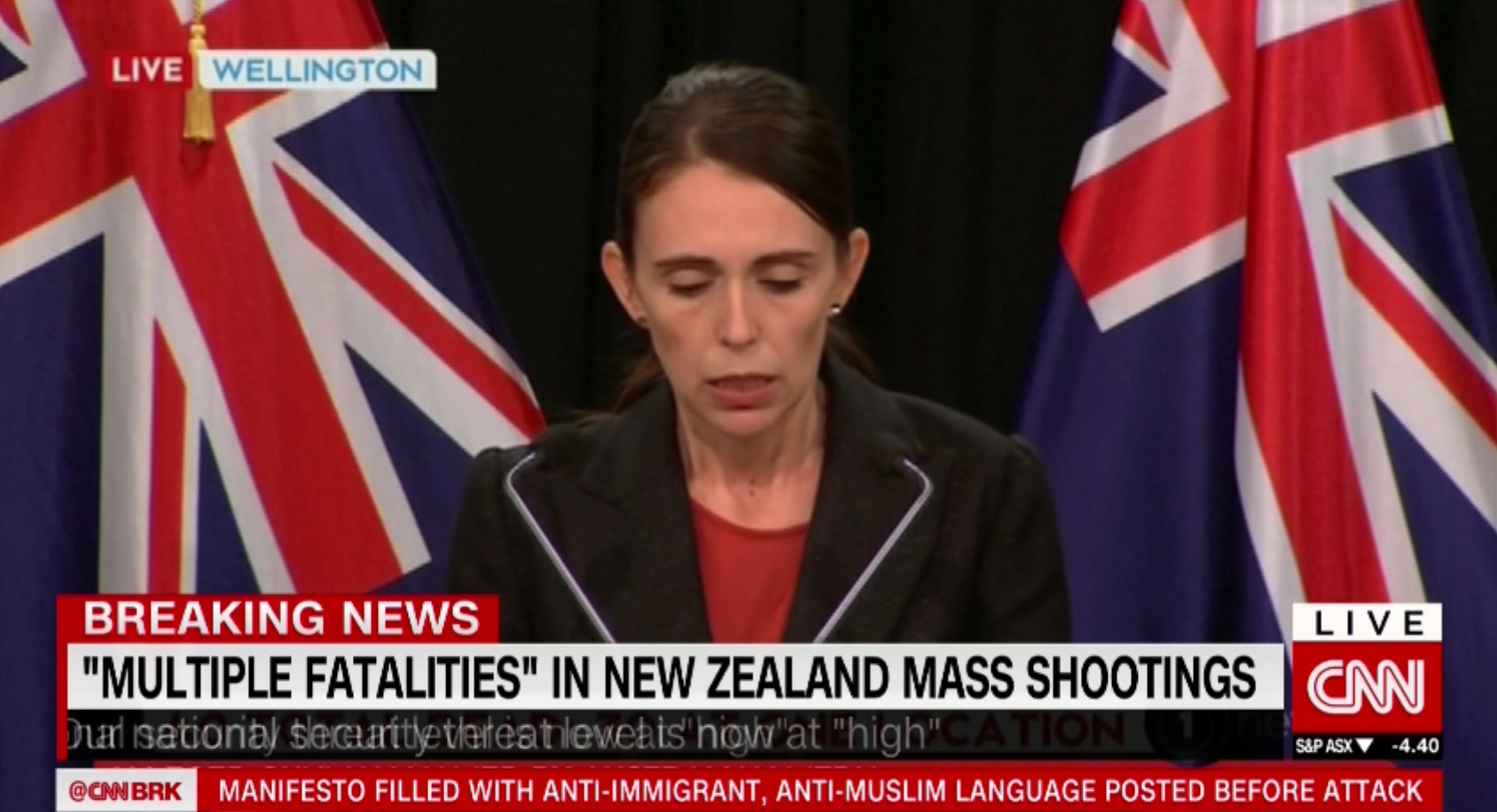