"The US Embassy and all American Spaces in #SriLanka will be closed to the public through April 26," the embassy in Colombo tweeted this afternoon.

At least one Sri Lankan hotel has banned facial coverings in the aftermath of the attacks.

A British guest at Ella Flower Garden Resort in the small mountain town of Ella, about 200 kilometers (about 125 miles) east of Colombo, told CNN that the rule began on Tuesday, and described it as "a hijab and burqa ban."

Signs on the hotel's glass door depict a variety of banned facial coverings, including icons of a helmet, an eye mask, a balaclava, an eyeless full-figure shroud, and an apparent Islamic burqa.

Kosala Dissanayake, the hotel's director of sales, confirmed the rule, and emphasized to CNN that the ban extended to all face coverings.

"We mention on signs in here about full-face helmet and fully-covered jackets," he said. "Because of the current situation going on Sri Lanka, we have to take some tough decisions," he added.

The hotel's ban follows allegations that Muslim extremists were responsible for the coordinated attacks, which killed at least 359 people in churches and luxury hotels.

The Sri Lankan government has warned that attackers could still be at large, and several countries have issued travel warnings for the country. 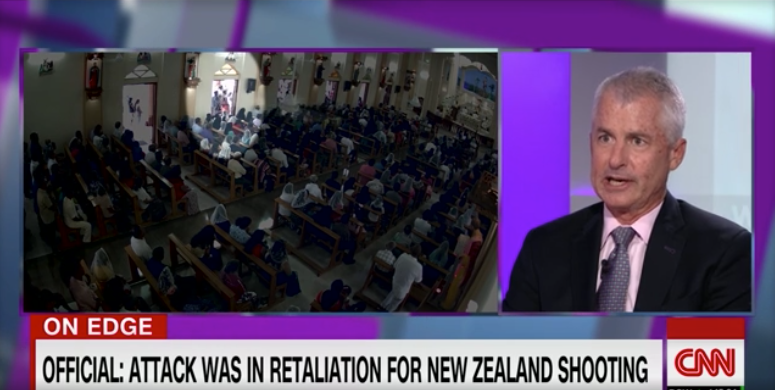