The Federal Bureau of Investigation is helping Sri Lanka’s authorities as they investigate Sunday’s bomb blasts, according to an FBI spokesperson.

The coordinated attacks left at least 290 people dead and hundreds injured. A US official said Monday morning that at least four US citizens have been killed.

The deployment was made at the request of the Sri Lankan authorities.

“As the Sri Lankan authorities investigate these horrific attacks, Interpol will continue to provide whatever support is necessary,” said Interpol Secretary General Jürgen Stock in a statement.

“The families and friends of the victims of these bombings, as with every terrorist attack, require and deserve the full support of the global law enforcement community."

During the phone cal, Trump “pledged United States support to Sri Lanka in bringing the perpetrators to justice," according to a White House statement.

“President Donald J. Trump called Sri Lankan Prime Minister Ranil Wickremesinghe this morning to express condolences to the people of Sri Lanka for the Easter day terrorist attacks that killed nearly 300 and wounded hundreds of others. The near simultaneous attacks on Sri Lankan churches and hotels constitute one of the deadliest terrorist events since the September 11, 2001 attacks on the United States. Prime Minister Wickremesinghe expressed appreciation for the President’s concern and updated him on the progress of the investigation into the attacks. President Trump pledged United States support to Sri Lanka in bringing the perpetrators to justice, and the leaders re-affirmed their commitment to the fight against global terrorism.”

William and Kate, the Duke and Duchess of Cambridge, wrote a joint message to the people of Sri Lanka on Monday after the deadly attacks on Easter Sunday.

Here is their full statement:

We have been deeply saddened to learn of the devastating attacks in Sri Lanka this Easter Sunday.
Senseless acts like these in places that people would expect to be at their safest are truly horrifying.
Our hearts go out to the families and friends of those who have lost their lives, to the Christian community, and to the people of Sri Lanka at this tragic time. You are all in our thoughts and prayers.

There were six suicide bombers involved in the explosions that killed at least 290 people across Sri Lanka on Sunday, according to Sri Lanka military spokesman Sumith Atapattu.

Police have also arrested 24 people in connection with the attacks. 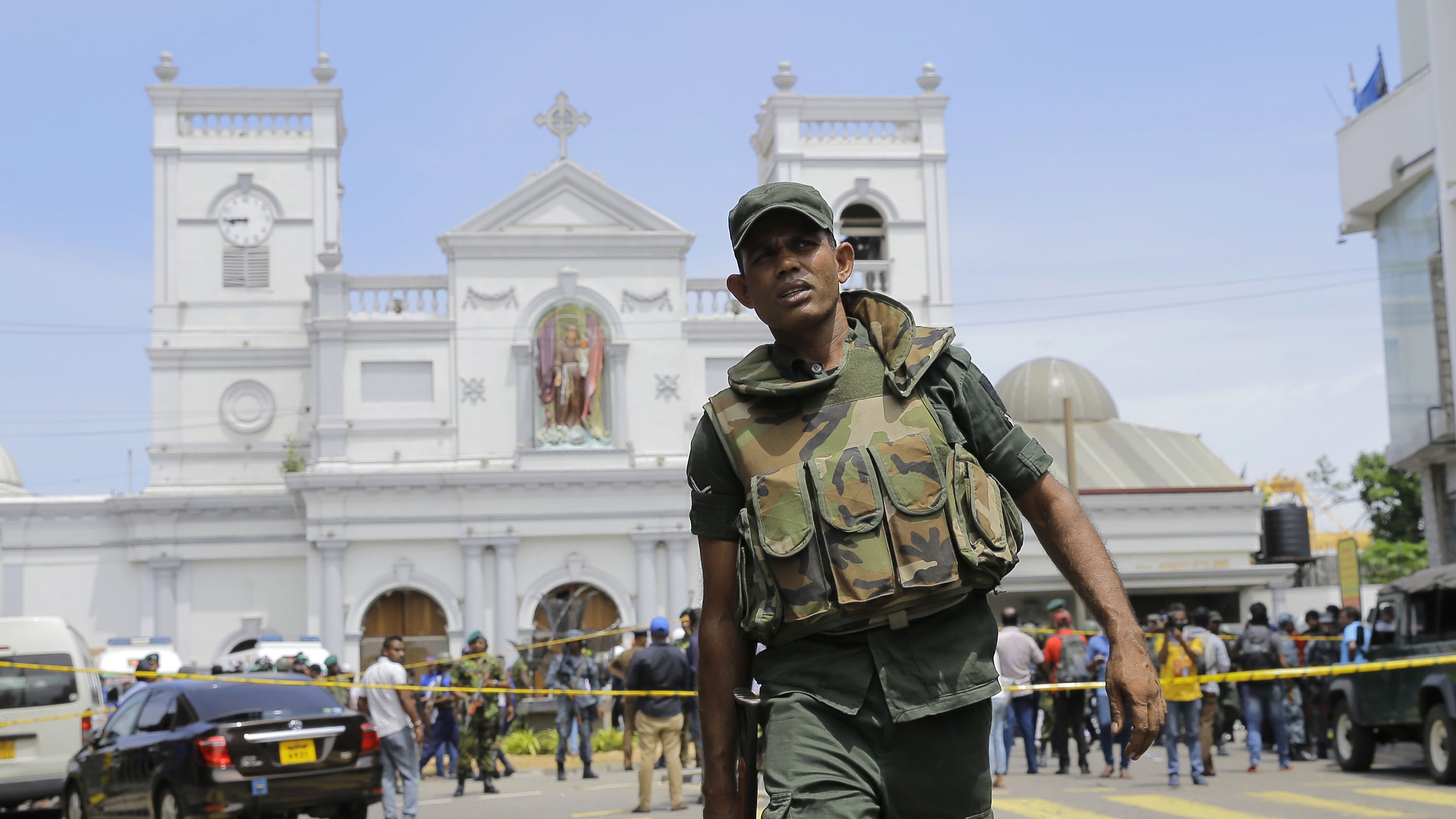 Sri Lanka’s minority Christian community — which accounts for less than 10% of the country’s total population of 21.4 million — appeared to be the main target of the attacks.

US Secretary of State Mike Pompeo said the fight against terrorism in Sri Lanka, “is America’s fight too.”

He called for “any evil doers be brought to justice expeditiously.”

Dieter Kowalski from Colorado has been identified as one of the Americans killed in the attacks in Colombo on Sunday, according to Pearson, the education publishing company that Kowalski worked for.

“Dieter had just arrived at his hotel, where many of our colleagues have stayed over the years, when he was killed in an explosion,” Pearson CEO John Fallon said in a statement.

Dieter’s brother Derrick Kowalski confirmed his brother’s death on Facebook, writing, “as we know that Dieter saw his friends as family, we would like to share our grief over this tragic incident.”