The series of deadly attacks in Sri Lanka could deal a significant blow to one of Asia's fragile economies, which depends heavily on tourism.

The island nation in the Indian ocean sees around 2.5 million international travelers enter each year. Data from the World Travel and Tourism Council show that the industry is one of the biggest contributors to the country's economy, supporting about 1 million jobs. It is also the third largest source of foreign currencies, according to research firm Capital Economics.

"Tourism has been a big success story for Sri Lanka over the last decade," said Alex Holmes, Asia economist at Capital Economics.

But international tourists are now likely to stay away. "The violence is likely to hit the tourism industry hard, at least in the short term," Holmes added. 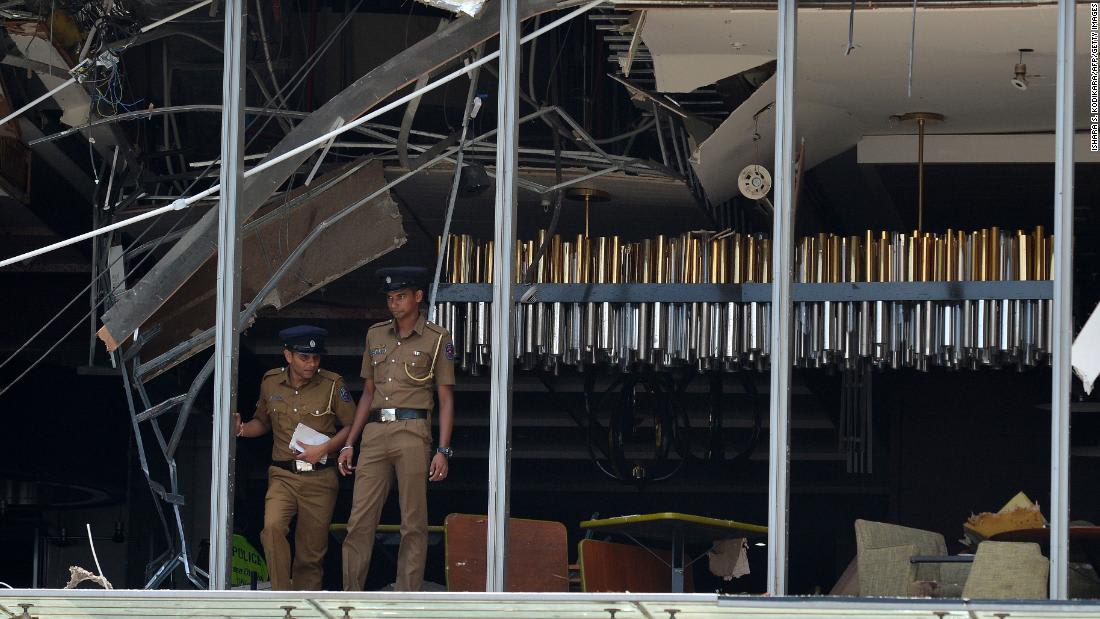 When the first wave of blasts rocked St. Sebastian Church on Easter Sunday, more than 1,000 people had gathered to celebrate the holiest day in the Christian calendar.

As details start to emerge and the investigation gets underway, residents reveal their shock at being targeted.

No one in this small, close knit Christian community had any reason to expect they might be attacked, or even experienced much hostility ahead of the bombing.

“We saw people being carried out, the injured,” she said. “We all knew the people who had died, everyone in the community.”

A local resident living opposite the shrine, who declined to give his name, said his windows were blown out by the blast.

I’m still in shock,” he said. “These were innocent people.”

He said there had not been any threats or other intimidation of the predominantly Christian community here in Katuwapitiya. “It came out of the blue, completely out of the blue,” he added.

Sri Lanka's government has said it will compensate the families of victims caught up in the attacks on Easter Sunday that killed 290 people.

The government will pay one million Rupees, about $5722, to each victim in the attacks and about $572 to pay for the costs of the funeral processions, cabinet spokesperson Rajitha Senaratne, said in a press conference on Monday.

Senaratne also said that the government will pay between $570 to $1,718 to the injured.

All damaged churches will be completely repaired by the government,” Senaratne said in the presser, adding “After all as the government we will take the responsibly and we apologized for everyone.”

Eight British nationals have been confirmed dead following the Easter Sunday bombings in Sri Lanka, according to a spokesperson for the High Commission of Sri Lanka in the United Kingdom.

The UK Foreign Office has not yet confirmed the deaths.

At a small house outside of Colombo near the St. Sebastian Church hit in Sunday’s attack, grieving relatives are already putting their loved ones to rest.

A green-covered coffin was loaded into an undertaker's van along with flowers as relatives cried.

A huge number of people in this predominantly Christian part of Sri Lanka had turned out to watch the brief service and pay their respects. A one-lane road thronged with people.

The church in Negombo, north of the capital, was one of the first sites attacked on Easter Sunday. More than 1,000 devotees had turned out for the holiest day in the Christian calendar when a blast tore through the church, killing 102 people.

The press officer of Indian High Commission in Sri Lanka, Niteen Yeola, has released the names of the five Indian victims killed in the Sri Lankan bombing attacks.

The five individuals are:

Yeola added that there are a few more Indians injured in the attacks, but their names have not been released.

“We can confirm that Anders lost three children in the attack,” Jesper Stubkier, Bestseller’s communication manager, said in a phone interview with CNN.

He added that he could not give further information about the victims because he “had to respect the privacy of the family.”

Povlsen is a member of the board of directors of Bestseller, according to the company’s website. Bestseller is the largest shareholder in clothing giant ASOS.

In the aftermath of the blasts at eight sites across Sri Lanka on Sunday, the existence of a memo warning of a potential attack has emerged. A police source told CNN the memo was dated April 11, 10 days before tragedy struck.

Sajjan Gohel, international security director for the Asia-Pacific Foundation, tells CNN the memo "could be a vital piece in understanding the network that exists inside Sri Lanka."

I think what's also significant is that Sri Lanka's political system may have also played a role in that information not being relayed correctly. The government there is a system of cohabitation like in France," Gohel added.

Gohel says the Sri Lankan President does not have a good relationship with the Prime Minister.

"When it comes to what has transpired in the Columbo, Sri Lanka attacks, it shows that lack of information being relayed, it could result in this mass devastation," he added.

Following a series of coordinated attacks on churches and hotels on Easter Sunday in Sri Lanka, Jagath Abeysinghe, president of the Sri Lanka Red Cross Society, has warned the population not to respond with violence.

In a tweeted statement, Abeysinghe said:

As we continue to learn more about the attacks, it is vital that we receive this information and exercise restrain when responding to them. Violence is and never will be answer (sic)."

Abeysinghe added that instead people should focus on holding "our leaders accountable."

"We need to know whether this was an incident that could have been averted? And if so why did it not occur that way?"