Three police officers were killed in an explosion during a raid on a house in Dematagoda, Colombo, according to police spokesman Ruwan Gunasekara.

Following attacks on churches and hotels across the country, officers visited the house to question people inside, but were killed in two explosions, said Gunasekara during a press conference.

"One sub inspector and two constables of police have been killed, and one constable was taken to the national hospital with wounds," he said.

Christianity is a minority religion in Sri Lanka, accounting for less than 10% of the total population of 21.4 million.

According to census data:

Tensions between the majority Sinhalese and the Tamil minority led to a 25-year insurgency between the Tamil Tigers, classified by the US and others as a terrorist organization, and government forces.

More than 70,000 people died in the fighting, which ended when Sri Lankan forces defeated the Tamil Tigers in 2009.

In recent years, the country has witnessed a surge in ultra-nationalist Buddhism led by the Bodu Bala Sena, the country's most powerful Buddhist organization, which has pledged to defend the religion.

It's still not clear who was behind Sunday's bombings.

What is apparent, is that these coordinated Easter Sunday attacks -- carried out at eight sites, including churches and hotels across Sri Lanka -- were targeted at Christians celebrating one of their holiest days of the year.

The blasts also come a month before Sri Lanka is due to mark the 10-year anniversary of the end of its civil war in 2009.

"It is a very confused picture in terms of who may or may not be responsible. The Sri Lankan civil war ended 10 years ago, a 25 year long civil war, and the Tamil separatists there were a secular group. It would be very, very unlike them and their tactics ever to attack churches and particularly on such a holy day."
"It has the hallmarks -- or is intended to have the hallmarks -- of Islamic extremists. But, again, these kinds of groups are unknown in Sri Lanka."

Two Chinese cousins were killed in the attack, according Chinese state media. Their families identified the bodies.

Sri Lanka's Special Task Force (STF) raided a house in Orugodawatta, in the capital Colombo, following a series of blasts across the country Sunday. 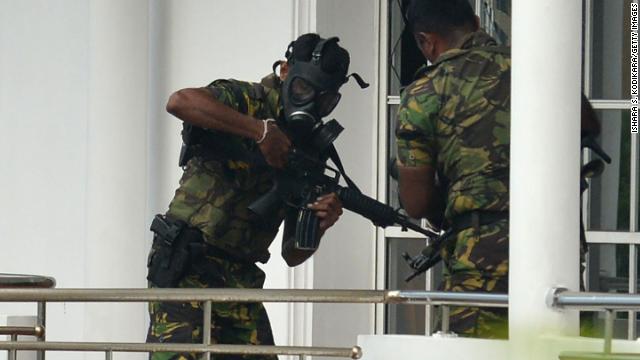 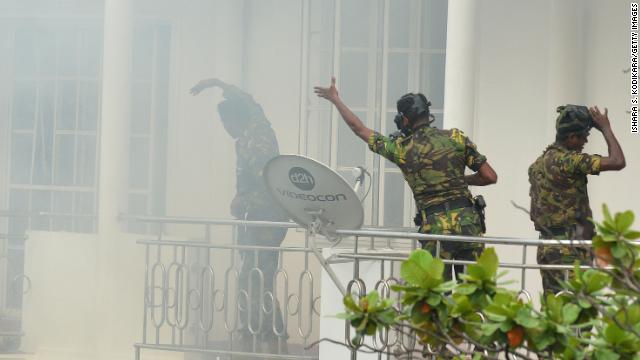