Our live coverage of the New Zealand eruption has ended on this blog. You can follow our ongoing coverage on CNN.com.

Two days after the volcanic eruption on White Island, police said the recovery of bodies is the “absolute priority” but noted the environment on the island has changed since the eruption.

Police will continue to assess the safety of deploying teams on the island with scientific experts in Wellington every two to three hours.

Acting Assistant Commissioner Bruce Bird told reporters Wednesday that drones have been able to look over the island, but said it remained too dangerous to begin the recovery of bodies. Disaster victim identification specialists are standing by in Whakatane ready to be deployed

Since around 4:00 am this morning the level of volcanic tremor has significantly increased at the island. This has been accompanied by vigorous steaming and localised mud jetting in several of the craters created by the eruption on Monday. We interpret these signals as evidence of continued high gas pressures within the volcano.
The situation remains highly uncertain as to future activity. Eruptions in the next 24 hours are still likely to occur.

A cruise ship named Ovation of the Seas -- which carried some of the tourists who were impacted by the eruption -- left the port in Tauranga on Wednesday.

More than 30 passengers from the Royal Caribbean Cruise Line were believed to have been on the island when the volcano erupted.

In a statement to CNN, the cruise company said it was "devastated" and working with local authorities.

There are currently 30 patients in hospitals around New Zealand, according to local police. These are hospitals in Middlemore, Hutt Valley, Auckland City, Tauranga, Waikato and Christchurch.

Twenty-five patients are in critical condition, while the other five are in serious, but stable condition, police said.

New Zealand police will meet with scientists on Wednesday to asses whether it's safe to access White Island, according to a new statement posted online.

"Those deploying to the island will likely encounter serious physical and chemical hazards, for which we must be prepared," the police added, noting that a surveillance drone was launched earlier today.

Disaster victim identification specialists are standing by in Whakatane ready to be deployed, the statement said, describing the recovery of bodies is "an absolute priority."

The bodies of five victims are being transported to Auckland, with autopsies scheduled for Wednesday, the New Zealand Police said.

"We are working to confirm the identities of those involved, including those who have died and who are injured," the police said in a statement, adding:

"The nature of the injuries that people have suffered is severe and means identifying them is a complex matter. We are working through the process to identify them as quickly as possible, to return those who have died to their loved ones."

The New Zealand branch of the Red Cross said it sent volunteers to the scene to provide emotional support to those affected by the disaster.

The sun has risen over New Zealand's White Island, where several people are still missing following a volcanic eruption on Monday.

Six people have been confirmed dead and at least 30 are still receiving treatment in multiple hospitals across the country.

New Zealand Police continue searching for those who are still unaccounted for. The police said there have been no signs of life on the island since the explosion, and that the eight missing people are now presumed dead. 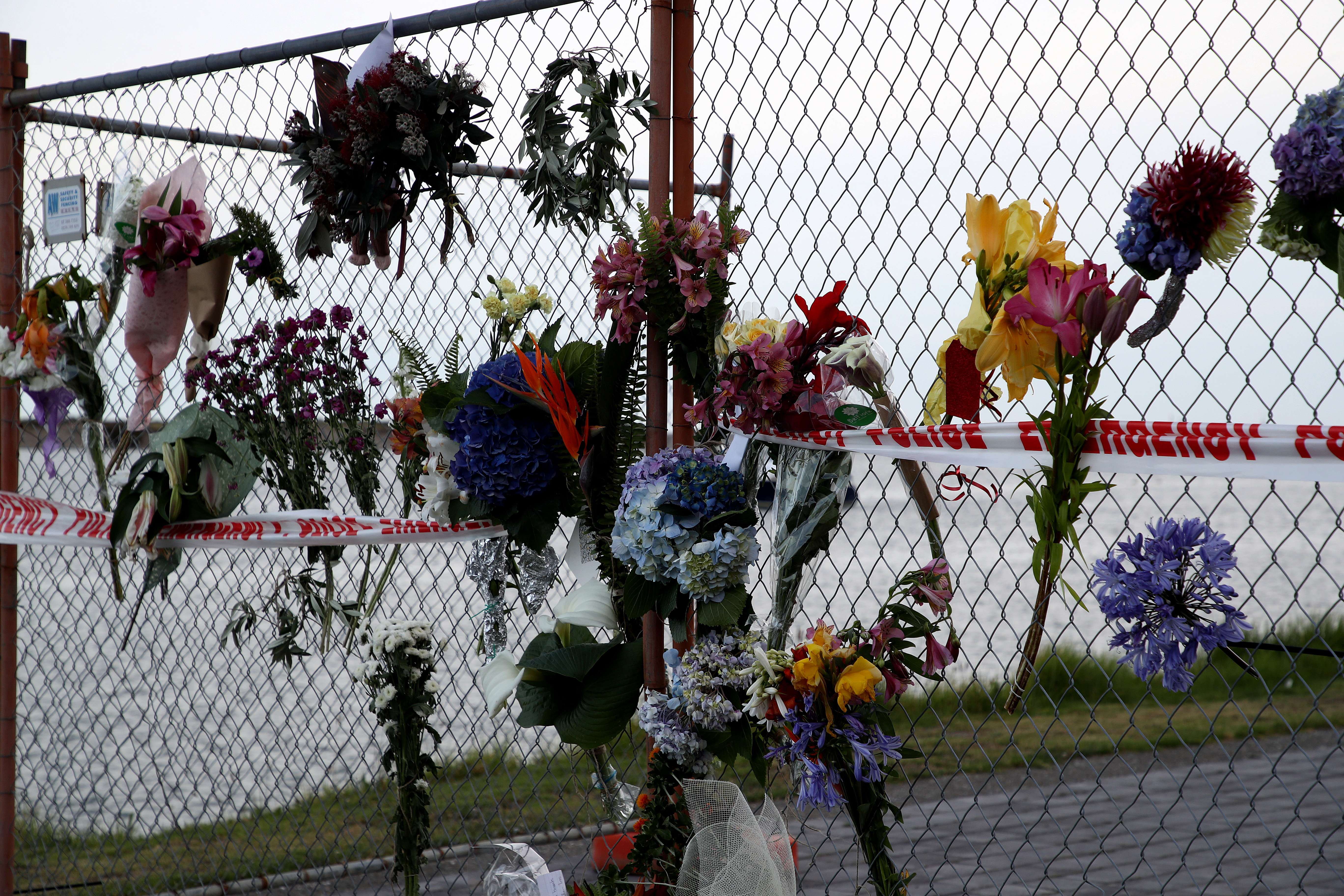 Malaysia's Foreign Ministry says one of its citizens is in critical condition in hospital following the volcanic eruption on White Island in New Zealand on Monday.

The victim was reported to be in critical condition and is currently receiving treatment at Christchurch Hospital," the statement said.

The Malaysian High Commission in Wellington also said it was also working to identify a Malaysian citizen who was reported dead.