Carlos Ghosn tells his side of the story: Live updates

Carlos Ghosn said that his arrest was engineered by executives at Nissan who were worried about problems at the Japanese automaker and fearful that it would fall under the control of French automaker Renault.

"The collusion between Nissan and the prosecutors was everywhere," he said.

While he said he respected the autonomy of the two companies, "unfortunately there was no trust."

"Some of our Japanese friends thought the only way to get rid of the influence of Renault on Nissan is to get rid of me," he said. And he said the financial troubles at Nissan that started in early 2017 is what prompted them to act against him.

"There was some nervousness in the ranks of top management [at Nissan] that at some time patience would run out and change would come," Ghosn said.

Carlos Ghosn says that some of the details of his arrest were misreported.

"I came down from the airplane, I was taken in a car, I arrived to the passport and told there was a problem with my visa. They took me into a small room, and this is where I found … the prosecutors."

"Allegations are untrue and I should have never been arrested in the first place."

Carlos Ghosn said he thanks the Lebanese authorities and citizens for never losing faith in him.

“They showed the world that for a small country, Lebanese people have a big soul and have a big heart.”

For more on Ghosn's reputation and status in Lebanon, read this. 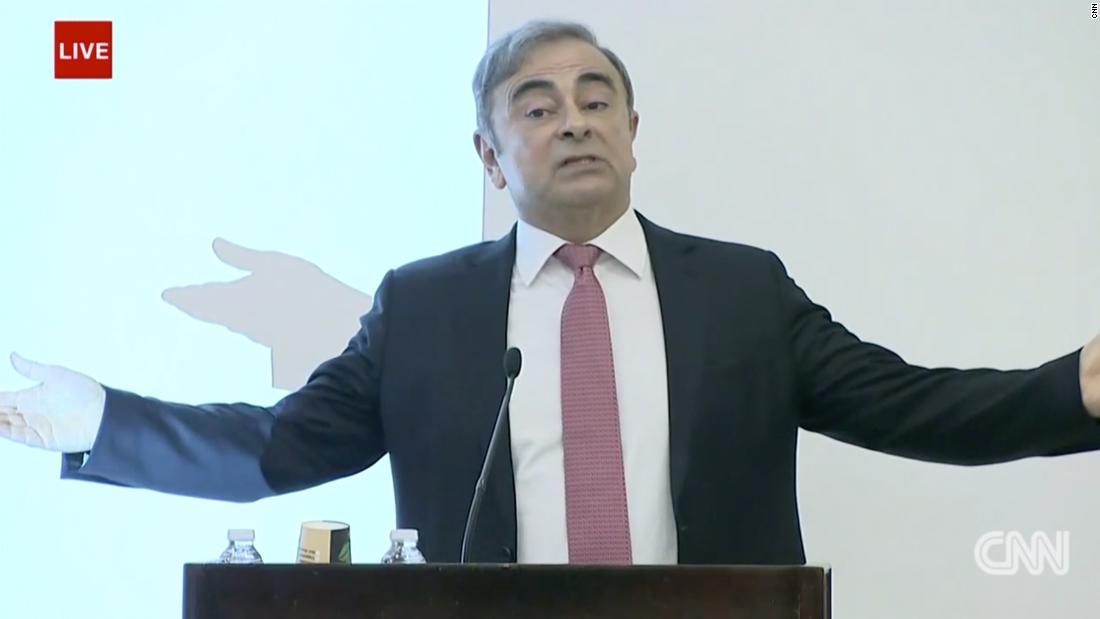 "I was presumed guilty before the eyes of the world and subject to a system whose only objective is to coerce confessions, secure guilty pleas, without regard for the truth," he said.

"I have come to learn that my unimaginable ordeal over the last 14 months is the result of the handful of unscrupulous, vindictive individuals at Nissan,” he said, while also placing blame on Tokyo prosecutors.

Carlos Ghosn took a moment in his press conference Wednesday to praise fellow auto executive Greg Kelly, who was arrested at the same time he was and remains in Japan where he faces charges.

"While my plight has captured the headlines, we and you can not forget Greg’s ordeal. He’s being punished precisely because he is honorable," said Ghosn.

He said that Kelly was tricked into coming to Japan in November of 2018, when he was arrested, even though he needed to have medical attention at home.

Ghosn called Kelly "an honorable man, husband and father who was brutally torn from his work and his family on that November day."

"Greg remains a victim of the hostile Japanese justice system with no trial date in sight," he said.

Carlos Ghosn said he had looked forward to this moment while he was prevented from leaving Japan for more than a year after being arrested.

Following his arrest, Ghosn said he did not experienced a moment of freedom until leaving Japan.

"Now I’m going to be able to speak with facts and data and evidence and hopefully you will discover the truth," he said. 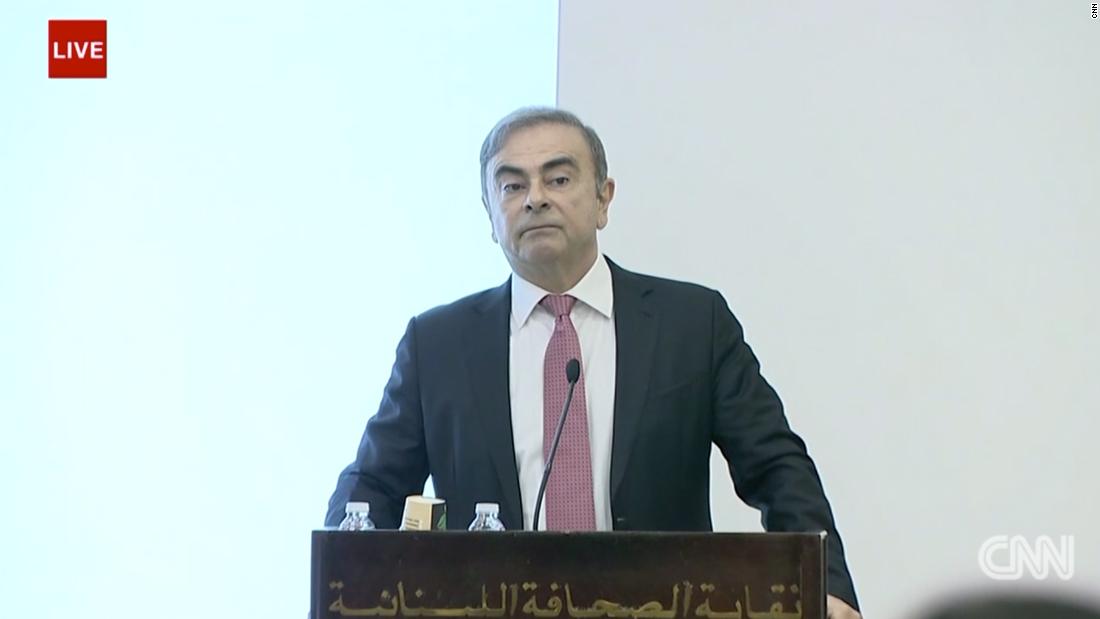 Carlos Ghosn says that he was interrogated for up to eight hours a day by Japanese authorities. He claims he was not allowed to have lawyers present.

“I want to thank you for taking the time to be here,” Ghosn tells reporters before addressing the crowd in French and Arabic.