That's a big deal, because Hotstar has 300 million active users per month. To put that numbers in context, Netflix has roughly 150 million global users.

"India has emerged as a thriving market," said Uday Shankar, president of Disney's Asia Pacific unit. He added that it's become "a magnet" for content companies.

Its tagline? "Inspire a billion imaginations."

ESPN+ is now a "foundational pillar of our brand," according to Jimmy Pitaro, ESPN's president.

Pitaro told investors that the sports cable network will air "over 24,000 live events this year" and that ESPN+ helps connects its viewers across TV and digital. He said that on both platforms combined, ESPN brings in 200 million viewers a month.

Rusell Wolff, the executive VP and GM of ESPN+, said that there are 10,000 live events and originals on the streaming service, which has added more than two million subscribers in less than a year.

"Where does this all lead us?" Wolff asked. "The future."

Disney's streaming brand is bigger than just its new service, Disney+. It's also Hulu and ESPN+, and soon consumers may be able to get all of them for one price.

Kevin Mayer, chairman of Disney's Direct-to-consumer unit, told investors that it was "likely" that Disney (DIS) will bundle its streaming services. He also said that it'd be for a "discounted price." So think cable, but smaller and on multiple platforms and all under Disney's (DIS) corporate umbrella.

Mayer also noted that Disney+ would be ad-free, so no commercials.

That's how Kevin Mayer, chairman of Disney's Direct-to-consumer unit, explained how Disney (DIS) would stand out in the world of streaming.

Mayer first showed how popular streaming has become and how much it has grown in recent years. He did mention that it's a "growing" but "crowded" marketplace.

So Disney is hoping to stand out using its brands like ESPN, ABC, Pixar and Marvel help it stand out in its "evergreen library." And now it has Fox.

"The acquisition of Fox will further strengthen our hand," Mayer said.

Bob Iger is ready for the future.

The Disney (DIS) CEO walked on stage to the company's trademark song, "When You Wish Upon A Star," to talk about how the company will enter its second century.

"Create great content and distribute in innovative ways," he said. "It's that simple."

Iger said that it's an "it's exciting time but a challenging time," but mentioned that the company is starting from a position of strength and "unbridled optimism." The Disney chief mentioned that new stories like "Star Wars" and Marvel fit in with the company's timeless stories, and all of them will populate Disney+. 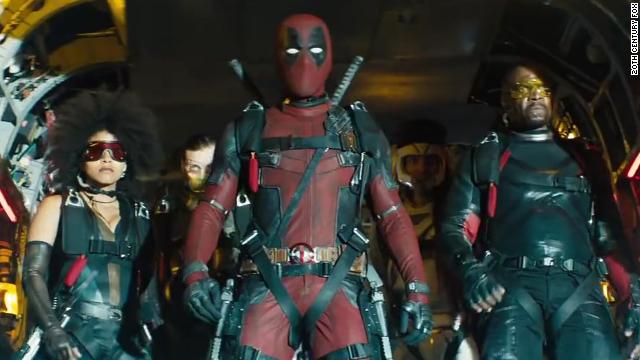 Disney (DIS) knows how to tell a story and it brought in heavy hitters to tell the tale of its origins.

The company's investor day opened with a highly produced video that included narration by James Earl Jones (Disney's Mufasa from "The Lion King") and Patrick Stewart.

The video took guests on Disney's journey from its origins in 1923 to its latest acquisition of Fox. Deadpool, an R-rated character from Fox's Marvel universe and who is now with Disney, got a big laugh in the room for talking about mouse ears.

The video then went into the company's television offerings, including series from ABC and FX. It also touched on the company's innovations in broadcasting and at its parks and resorts. Walt Disney could be heard reading the 1955 dedication to Disneyland towards the end of the introduction video.

And with that, Disney's Investor Day has begun.

Disney (DIS) knows investors and the public have a lot of questions about its streaming plans, and it didn't wait long to address the curiosity.

"Our goal today is to answer as many of those questions as possible," Lowell Singer, Senior VP of Investor Relations said kicking off the Investor Event.

He then explained the event's lineup, which is as follows:

The first song that kicked off Singer's remarks was "A Whole New World" from "Aladdin." That's apt considering that with streaming, Disney is off to a whole new world itself. 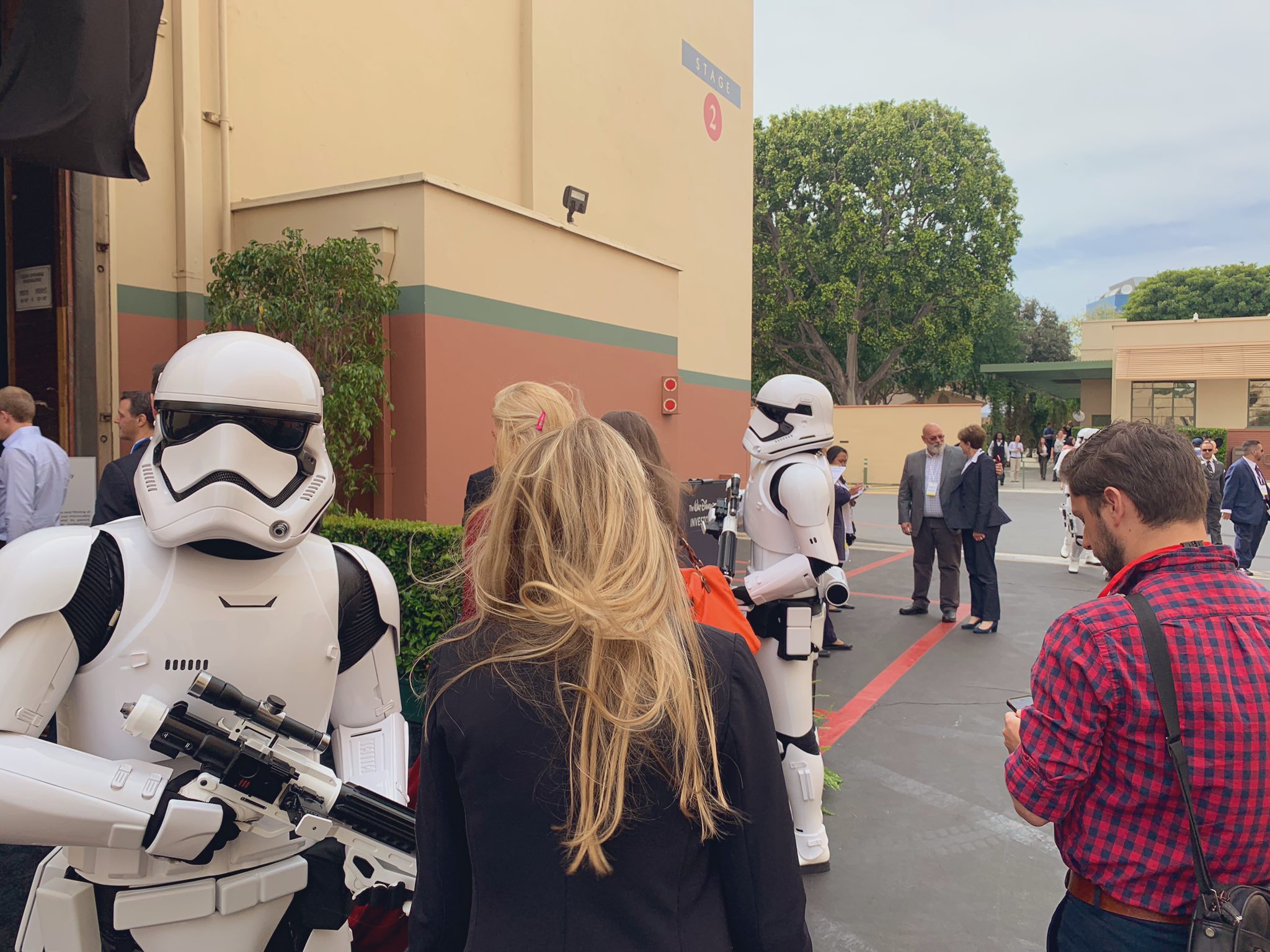 Disney's Investor Day is kicking off soon, and investors and the media have already been greeted by Disney's (DIS) intellectual property.

"Star Wars" stormtroopers met guests as they walked into the event in Stage 2 on the Disney lot.

For media and investors, the question becomes is this the streaming service subscribers are looking for? 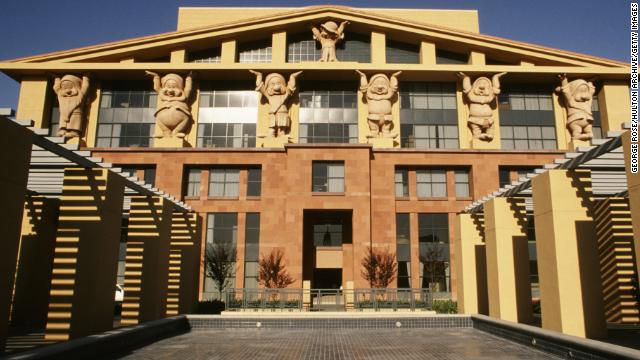 Before we get to all the streaming fun, let’s get our bearings.

Walt Disney Studios is home to many of Disney’s most popular brands like Marvel Studios and Disney’s Animation. It’s been the company’s HQ for nearly 80 years.

It’s also home of Disney's (DIS) corporate offices, which is held up by statues of the Seven Dwarfs. The office is located right in front of a statue of Mickey and Walt Disney himself.

So much of Disney’s past has taken place on this lot, so it’s fitting that CEO Bob Iger could be introducing a major part of Disney’s future from that same lot today.