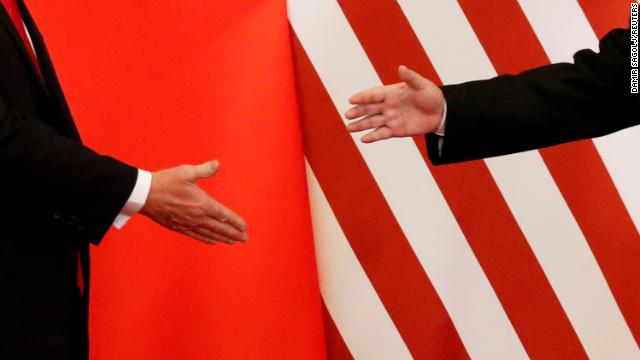 Wall Street is really eager to get the trade war over with.

The Dow closed 163 points higher on Thursday, but ended lower than the day’s highs. The S&P 500 and the Nasdaq gained about 0.7%.

Investors cheered a Wall Street Journal report indicating Trump officials were deliberating whether to lift tariffs on China. But the rally faded and stocks gyrated as investors realized nothing concrete has been decided.

The Dow had been up as much as 267 points at one point.

Wall Street briefly celebrated a report suggesting the Trump administration could dial back tariffs on China.

The Dow surged as much as 267 points on Thursday after the Wall Street Journal reported that US officials are debating whether to lift China tariffs. The Nasdaq and S&P 500 jumped 1.1% apiece.

But the rally quickly faded as investors realized nothing concrete has been decided. The Dow was recently up about 115 points.

The Treasury Department said in a statement that neither Treasury Secretary Steven Mnuchin nor top trade negotiator Robert Lighthizer have made "any recommendations to anyone" about China tariffs.

China-sensitive stocks like Caterpillar (CAT), Apple (AAPL) and Boeing (BA) gave up most of their earlier gains.

"This market is desperate for good news on trade progress," said Art Hogan, chief market strategist at B.Riley FBR. "You get a whiff of it and there's a pop. The problem is, then reality sets in." 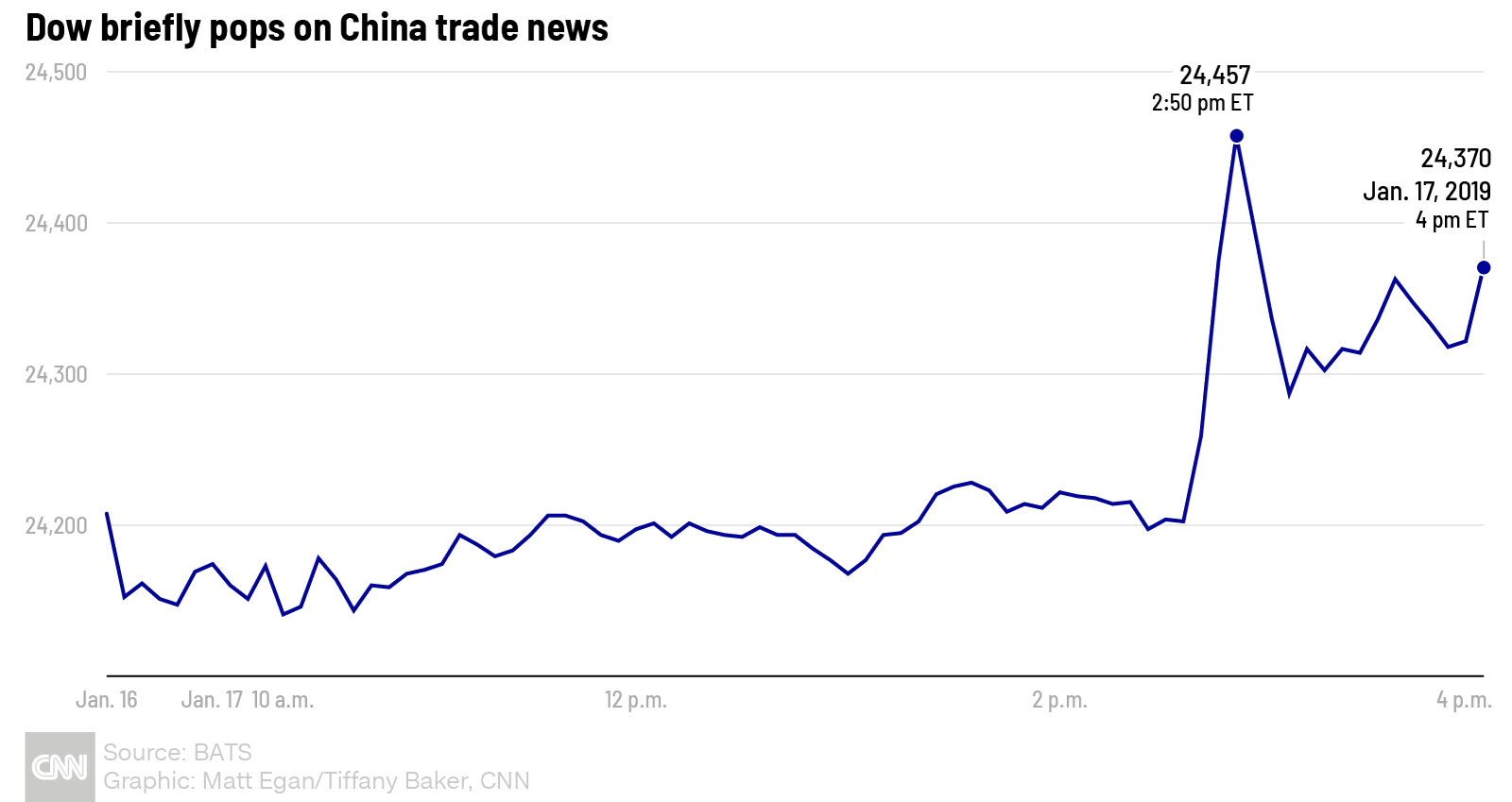 US stocks improve after a poor showing at market open.

The Nasdaq recovered early losses, fueled by gains in tech. Netflix (NFLX), which reports earnings after the bell, was up on the day. Amazon (AMZN) and Facebook (FB) also made slight gains. 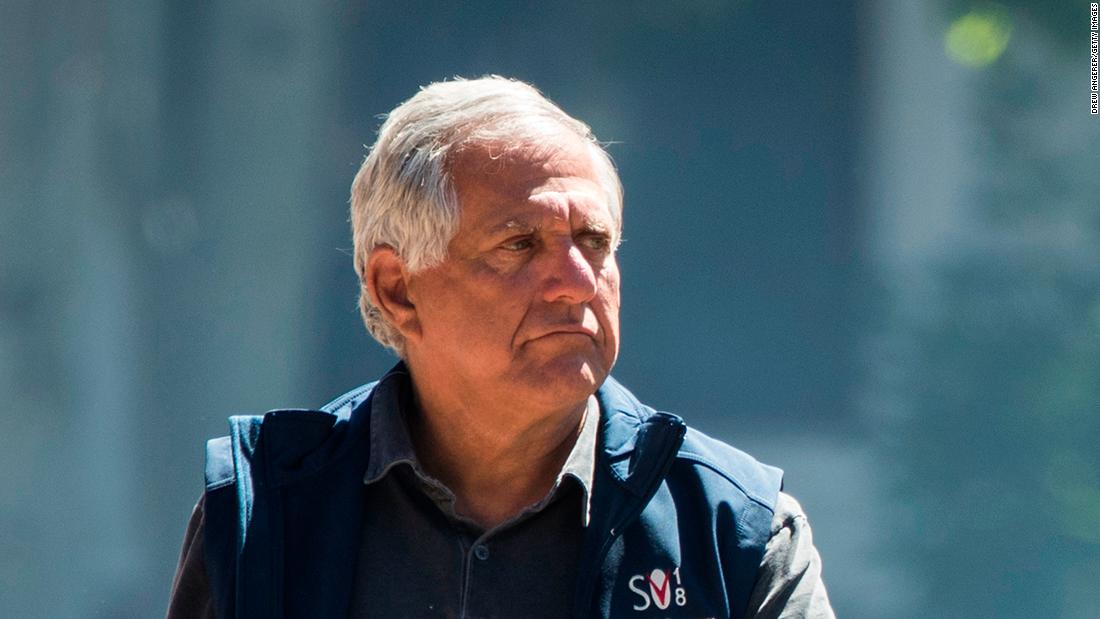 Ousted CBS chief executive Les Moonves is fighting the company after it refused to give him a $120 million severance last month.

CBS said that Moonves is disputing the decision in arbitration, according to a filing made with the Securities and Exchange Commission on Wednesday.

Moonves was fired in September 2018 after several sexual misconduct allegations were made against him. The former executive denies "any non-consensual sexual relations," according to his lawyer.

In December, CBS said they had ample reason to fire Moonves — thus denying him severance.

The company said in Wednesday's government filing that it "does not intend to comment further on this matter during the pendency of the arbitration proceedings." 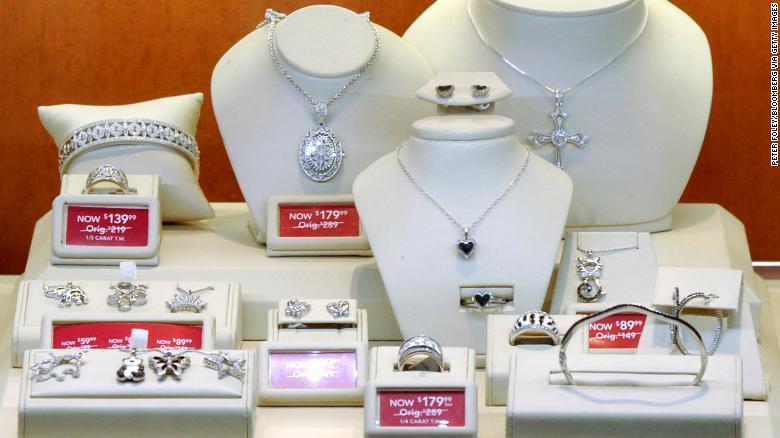 Every kiss apparently doesn't begin with Kay. And it looks like he didn't go to Jared. Or Zales for that matter. Signet, the retailer that owns all three of these mall-based jewelry chains as well as Piercing Pagoda, reported a 1.3% drop in same-store sales during the holidays and lowered its fourth-quarter outlook.

Signet's stock (SIG) plunged 20% following the less than glittering guidance Thursday. Shares have now lost more than half their value in the past year.

If it's any consolation, it looks like more affluent customers aren't spending as much on diamonds and pearls either. Tiffany (TIF) shares fell about 2% in early trading Thursday and have fallen about 25% in the past twelve months.

But Signet's bad news comes a day after it agreed to pay $11 million in penalties to the Consumer Financial Protection Bureau and state of New York to settle allegations that it set up customers with store credit cards without their permission. 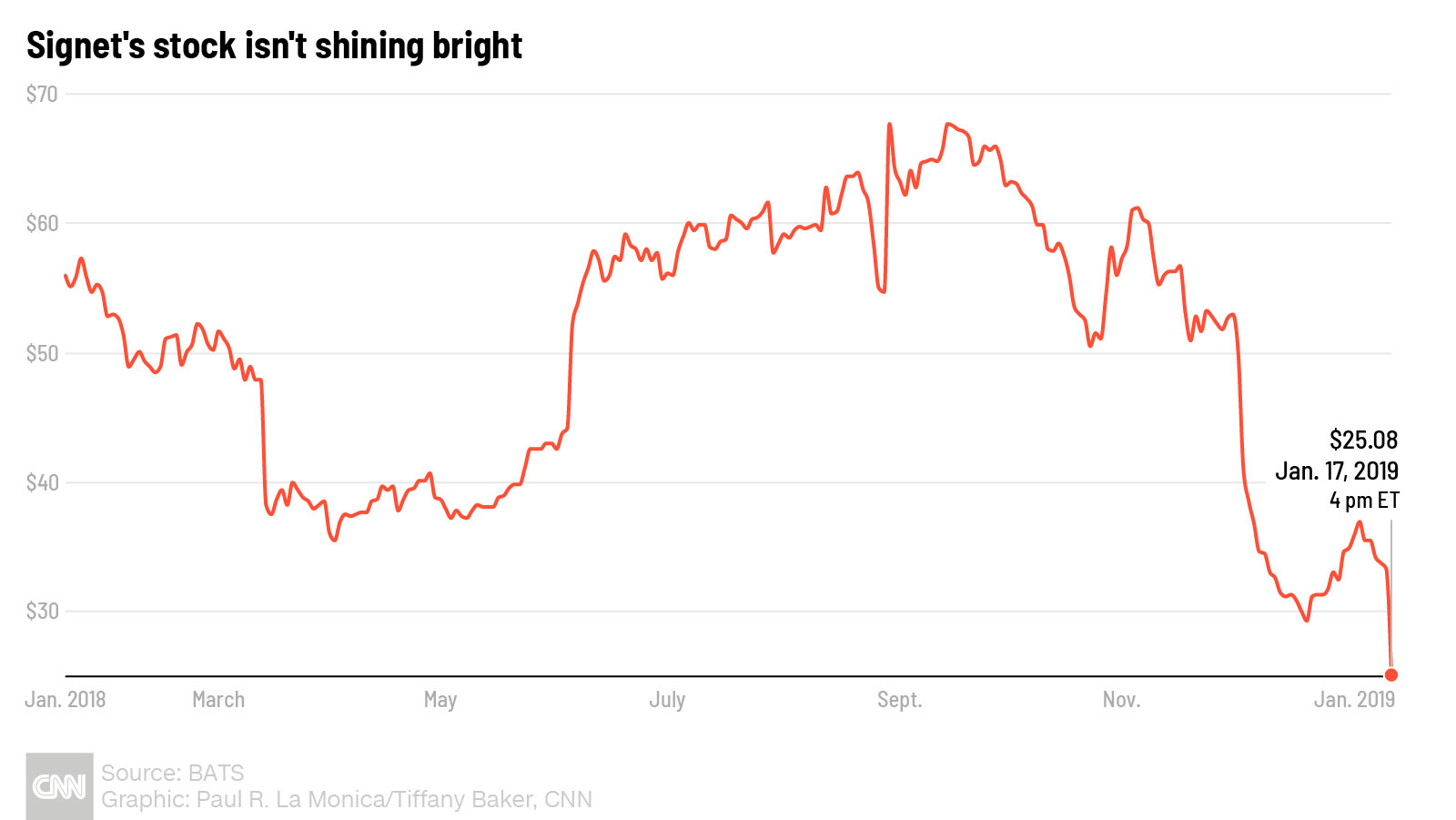 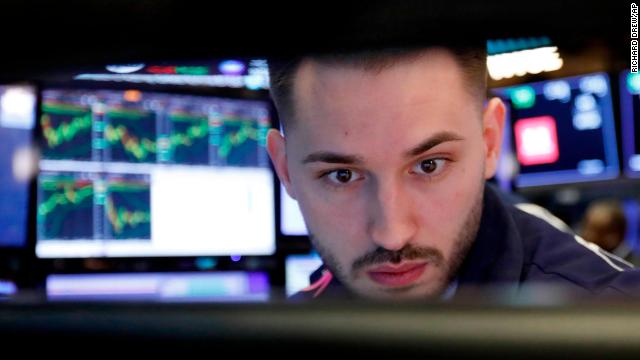 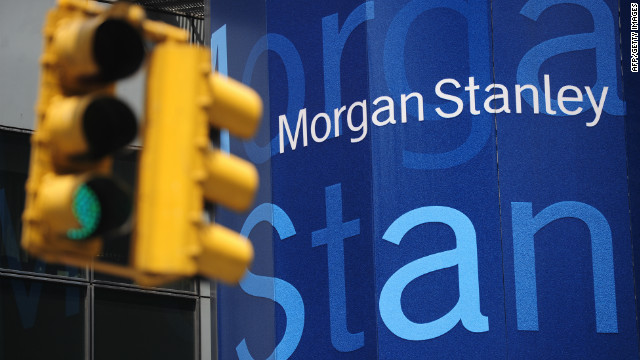 Morgan Stanley’s stock is sliding after it posted disappointing earnings from the last three months of 2018.

The investment bank reported $1.5 billion in profit from the fourth quarter, which was below analyst expectations. Trading revenue and income from its wealth management unit both fell.

Morgan Stanley (MS) shares were down more than 5% before market open, but recovered slightly.

The trading divisions at US banks struggled last quarter as market volatility encouraged some investors to stay on the sidelines. But the problem at most major banks was limited to bond trading. Morgan Stanley had issues trading both equities and bonds. 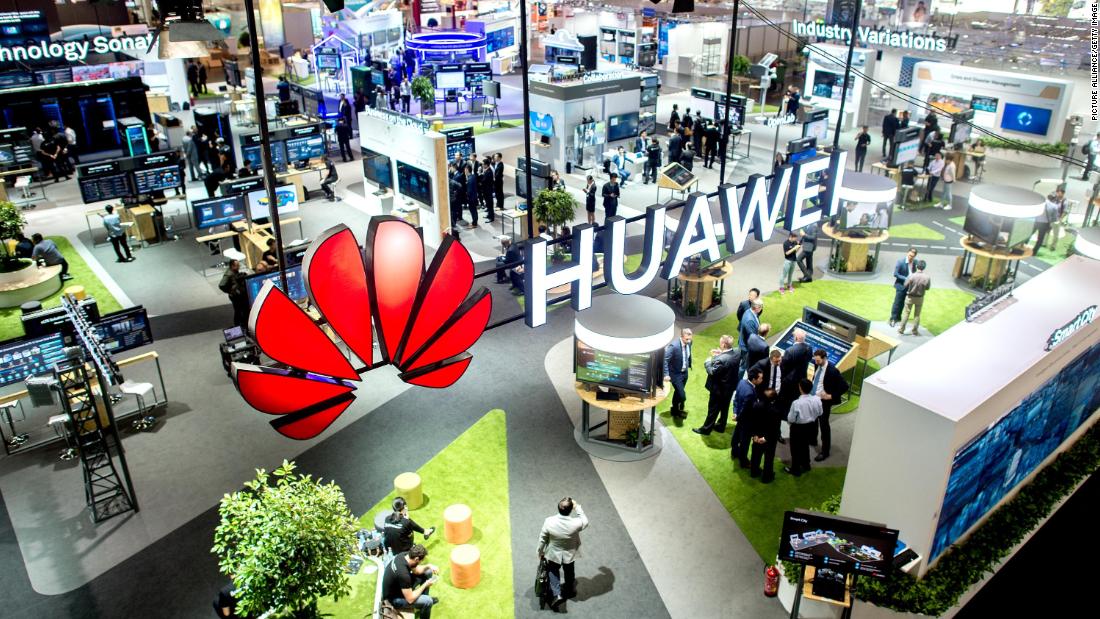 The backlash against Huawei is building. The Chinese company is the world's biggest maker of telecom equipment and a global leader in 5G technology. Its critics say it spies for the Chinese government. Huawei strongly denies those claims. 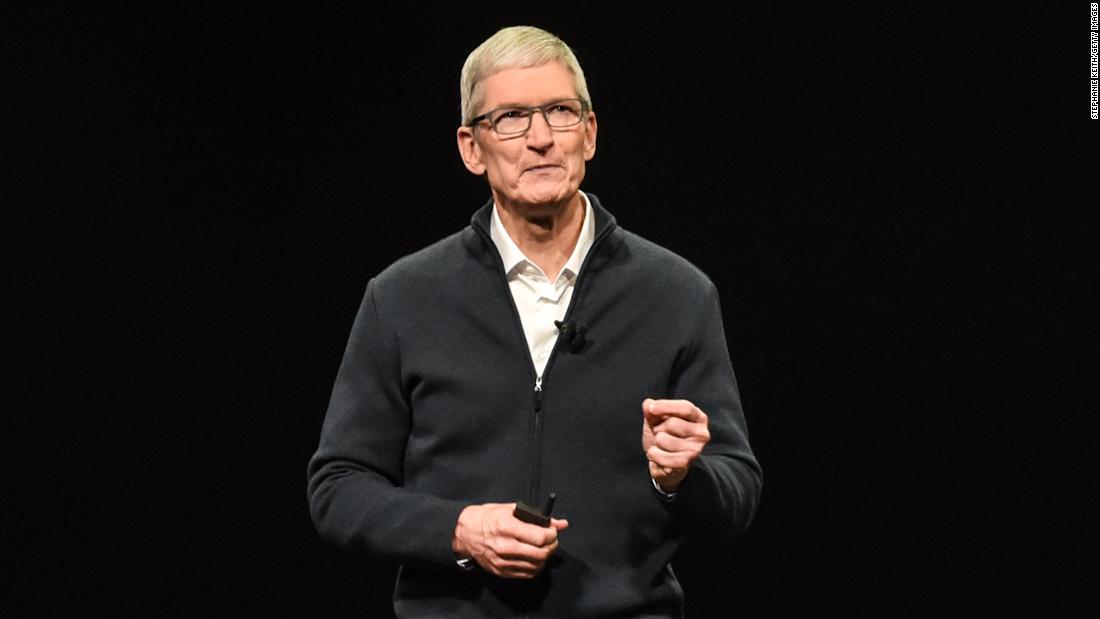 Apple CEO Tim Cook is pushing the US government to pass comprehensive privacy legislation for consumers.

In an essay for Time, he said the Federal Trade Commission should create a "data-broker clearinghouse" requiring companies that obtain people's data to register and let consumers track their personal information. His article was part of a Time cover package on Big Tech and privacy.

He wants people to have the ability to "delete their data on demand, freely, easily and online, once and for all." He said:

Consumers shouldn’t have to tolerate another year of companies irresponsibly amassing huge user profiles, data breaches that seem out of control and the vanishing ability to control our own digital lives.

Smart take: Cook is a vocal critic of the data practices of his Silicon Valley rivals, notably Facebook and Google. The two companies collect users' data to make tons of money off of targeted advertising, while Apple garners revenue from hardware and software. Cook previously told CNN Business' Laurie Segall that user privacy is a "fundamental human right."

Media note: Time is now owned by fellow Silicon Valley leader Marc Benioff, an outspoken privacy advocate who urges regulation. Our colleague Brian Stelter says in his latest Reliable Sources newsletter: "But let's be honest, I could have easily seen the editors running this cover if Meredith still owned the mag..."