This could potentially impact their domestic relationships as they grow older, Haugen added.

"Facebook's own research is aware that children express feelings of loneliness and struggling with these things because they can't even get support from their own parents" who have never had this experience with technology, the former Facebook employee added. "I don't know understand how Facebook can know all these things and not escalate it to someone like Congress for help and support in navigating these problems."

As lawmakers questioned whistleblower Frances Haugen about how Facebook attracts and treats young users, Facebook spokesperson Andy Stone pushed back in real time on Twitter. He tweeted that Haugen did not directly work on child safety issues at the company.

Haugen has been transparent about the fact that she did not work on child safety issues at Facebook; she noted in one answer that although she has some knowledge of the issue, she did not work directly on it. However, Haugen provided extensive internal documentation related to Facebook's research on the topic to lawmakers. 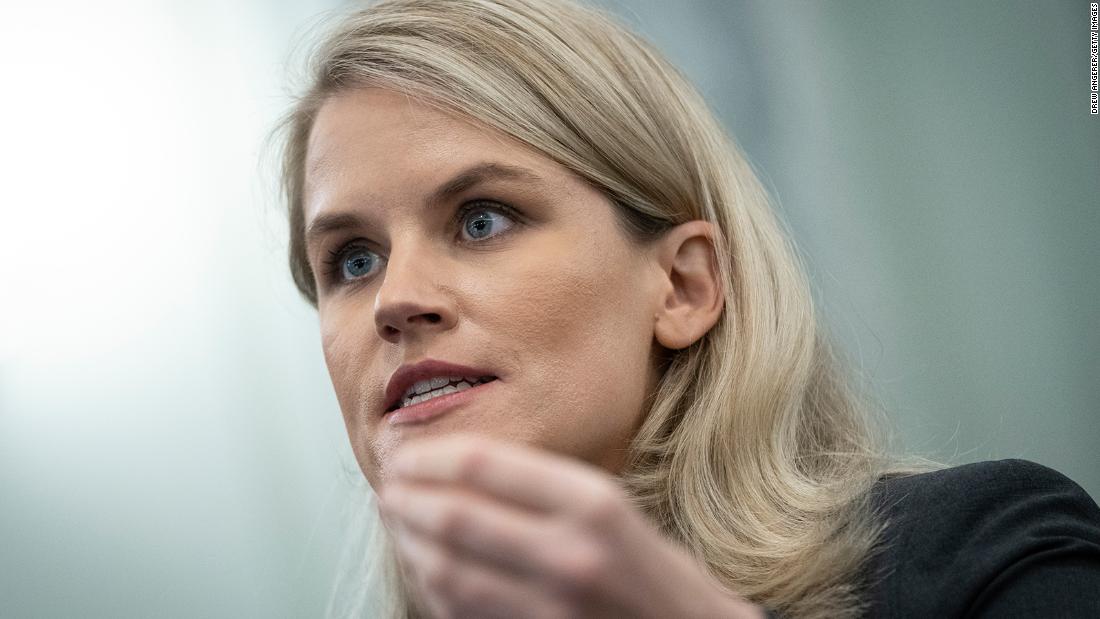 Facebook whistleblower Frances Haugen said the impetus for her to speak out came after the 2020 presidential election.

"There was a long series of moments where I became aware that Facebook — when faced with conflicts of interest between its own profits and the common good, public safety — that Facebook consistently chose to prioritize its profits. I think the moment which I realized we needed to get help from the outside, that the only way these problems would be solved would be by solving them together, was when civic integrity was dissolved following the 2020 election," Haugen told lawmakers at a Senate hearing.

"It really felt like a betrayal of the promises that Facebook had made to people who had sacrificed a great deal to keep the election safe, by basically dissolving our community and integrating in just other parts of the company," she said.

Some more background: Haugen, 37, joined Facebook in 2019 to work on civic integrity, including "issues related to democracy and misinformation," according to her website. Those issues have been front and center for critics of Facebook and other social media companies, particularly around the coronavirus pandemic and the 2020 US Presidential Election.

Haugen took the job at Facebook to work on addressing misinformation, she said in a "60 Minutes" interview Sunday. Similarly to today's hearing, she said her feelings about the company started to change when it decided to dissolve its civic integrity team shortly after the election. 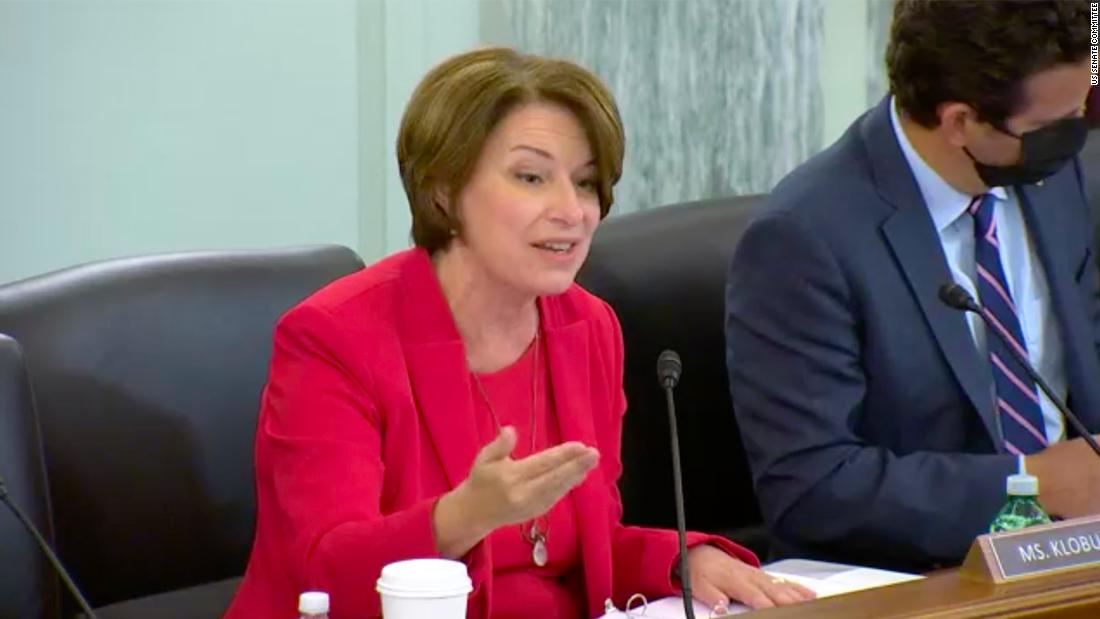 "Facebook knows engagement-based ranking, the way they pick the content in Instagram for young users, for all users, amplifies preferences...They've done something called a proactive incident response where they take things that they heard, for example, can you be led by the algorithms to anorexia content and they have literally recreated this experiment and confirmed yes, this happens to people," she said.

On Sunday, hours before Frances Haugen's identity was revealed on "60 Minutes" and a day before an hours-long outage to Facebook's products, Zuckerberg posted a video of his wife, Dr. Priscilla Chan, on a boat to his Facebook and Instagram pages.

"Sailing with Priscilla and friends," he said, adding that the video was shot on Facebook's new Ray-Ban smart glasses.

Senators were not amused.

Sen. Richard Blumenthal said in his opening remarks, "Mark Zuckerberg ought to be looking at himself in the mirror today and yet rather than taking responsibility, and showing leadership, Mr. Zuckerberg is going sailing."

When they found out that their algorithms were fostering polarization, misinformation and hate, that they allowed 99% of their violent content to remain unchecked on their platform, including lead-up to the January 6 insurrection, what do they do? They now, as we know, Mark Zuckerberg's going sailing and saying no apologies," Sen. Amy Klobuchar added. 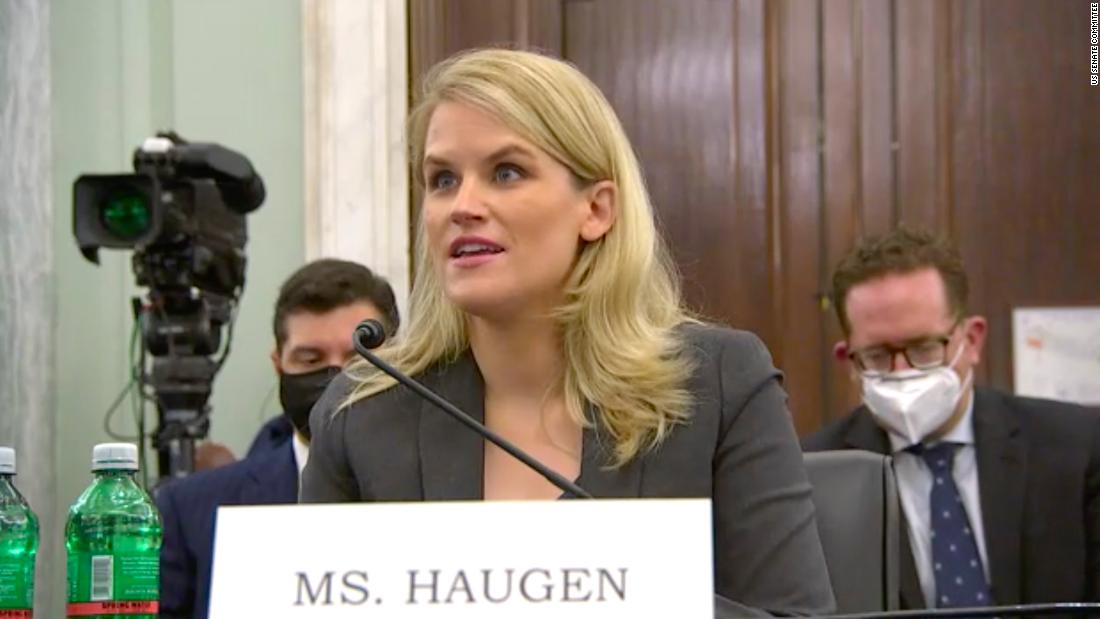 "My last team at Facebook was on the counterespionage team within the threat intelligence org. And at any given time, our team could only handle a third of the cases that we knew about. We knew that if we built even a basic detector, we would likely have many more cases," she said.

This was a "pattern of behavior" that she said she observed. 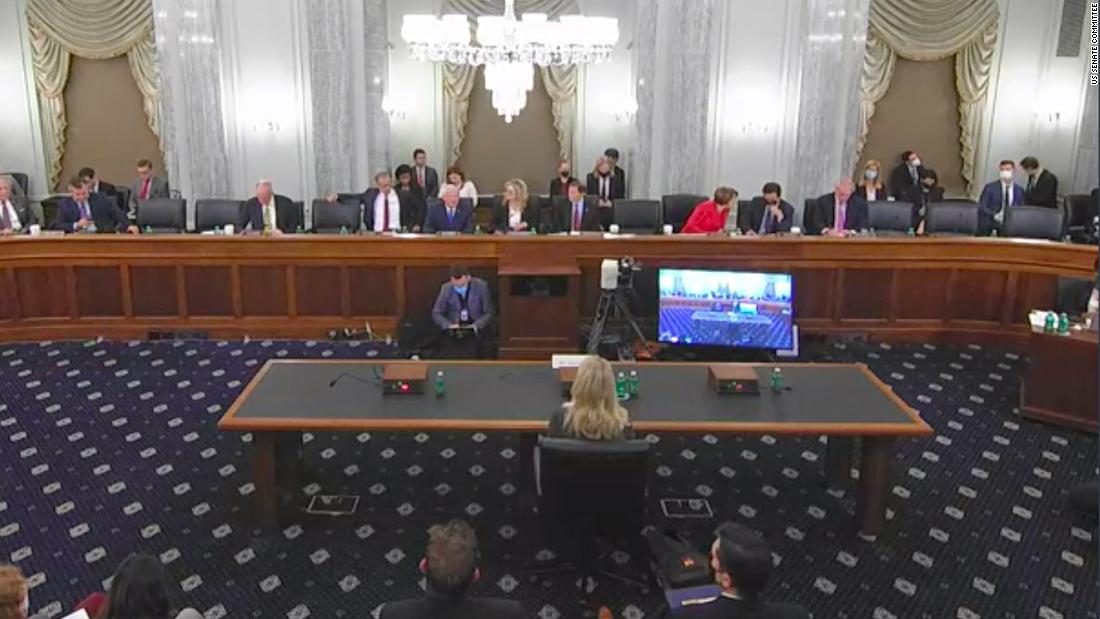 For decades, big tech companies have leaned on a little-known law to avoid being held responsible for some of the most controversial content on their platforms — Section 230 of the Communications Decency Act.

They have invoked it repeatedly in court cases to dismiss potentially costly lawsuits over messages, videos and other content created by users.

Under the law, tech companies can't be sued for trying to do the right thing, though the federal government can still sue platforms over criminal content.

The original intent behind Section 230 was to nurture startups and entrepreneurs. One of its key architects, Sen. Ron Wyden, has said that without the law, "all online media would face an onslaught of bad-faith lawsuits and pressure campaigns from the powerful."

The seemingly simple language of Section 230 belies the sweeping impact it's had on the tech industry. Under Section 230, "interactive computer services" are considered legally separate from the users who generate their content. They can't be said to publish or "speak" the words of their users.

How do tech companies use this law?

In practice, courts have repeatedly accepted Section 230 as a defense against claims of defamation, negligence and other allegations. In the past, it's protected AOL, Craigslist, Google and Yahoo, building up a body of law so broad and influential that Section 230 has come to be described as "the 26 words that created the internet."

The Internet Association, a major trade group that represents Amazon (AMZN), Facebook and Google, has called Section 230 a "fundamental pillar" of the modern internet, saying it protects not just tech companies but all groups that offer a space for online communications, including schools, libraries, churches, or neighborhood organizations.

But the immense scrutiny facing Big Tech — on everything from election security to privacy — has created a ripe political environment for questioning Silicon Valley's most important legal shield.

Sen. Richard Blumenthal asked Frances Haugen if Facebook CEO Mark Zuckerberg is the one making the decisions at the company. She responded by saying that Zuckerberg "holds a very unique role in the tech industry" in holding "over 55%" of the voting shares at Facebook."

"There are no similarly powerful companies that are as unilaterally controlled. And in the end, the buck stops with Mark. There's no one currently holding him accountable but himself," she told lawmakers.

She added that Zuckerberg built an organization that is "very metrics driven."

"It is intended to be flat. There's no unilateral responsibility. The metrics make the decision...And in the end, if he's the CEO and chairman of Facebook, he is responsible for those decisions."

"The buck stops with him," Haugen added.

Is Facebook CEO Mark Zuckerberg watching this hearing? He has been called out multiple times already.

I was struck by Frances Haugen's body language during chairman Richard Blumenthal's introduction. She strongly shook her head in agreement when he challenged Zuckerberg to look in the mirror. "You need to come before this committee," Blumenthal added, issuing a challenge to Zuckerberg as Haugen nodded in agreement.