The UK bank said Tuesday that pre-tax profit jumped 79% to $5.8 billion in the three months ended March, despite revenue dipping 5% to $13 billion.

HSBC said the improving economy allowed it to release $400 million that had been set aside to cover pandemic losses. All regions were profitable, and the United Kingdom was a bright spot — pulling in more than $1 billion in pre-tax profit.

"We had a good start to the year," CEO Noel Quinn said in a statement Tuesday. "The economic outlook has improved, although uncertainties remain."

The lender has been restructuring as it works to recover from the impact of the coronavirus pandemic. It announced in February that it would push harder into Asia, particularly China, southeast Asia and India.

In 2020, HSBC's pre-tax profit fell to $8.8 billion, a 34% slump compared to the year before. It has been especially hit hard by record low interest rates, prompting it to place more emphasis on fee-generating businesses.

HSBC's stock in Hong Kong rose 1.9% on Tuesday, while its shares in London ticked up 1.1%. 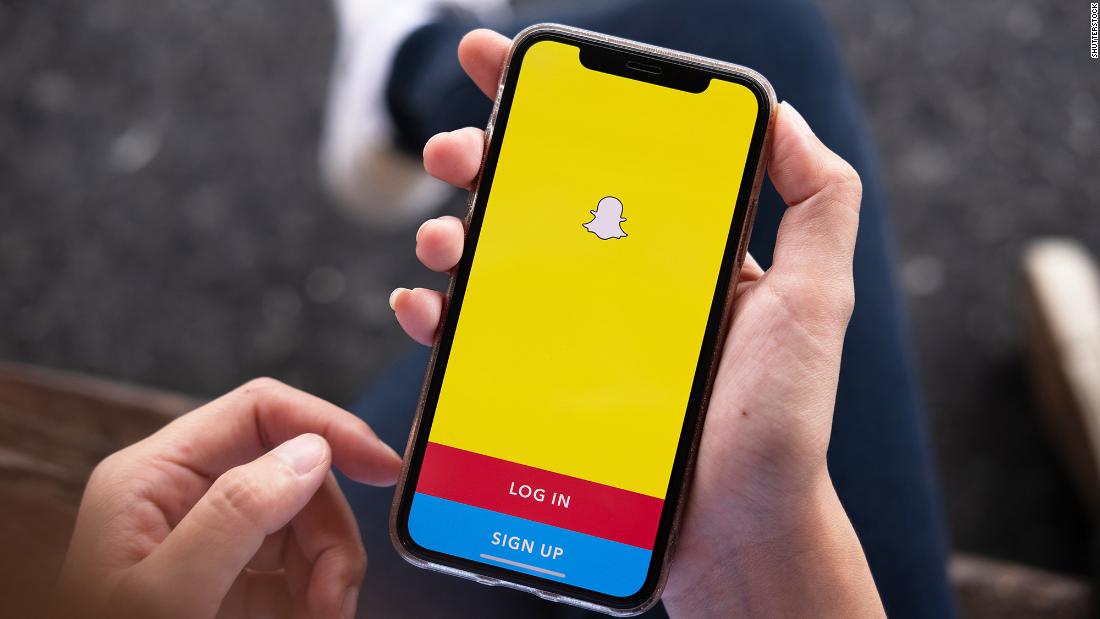 That contributed to quarterly revenue of $77 million, up 66% from the same period in the prior year. Snap also posted its first-ever quarter of positive free cash flow as a public company, which reached $126 million — a milestone as the company works toward profitability. The company reported a net loss of $287 million.

“The strength of our business underscores our relentless focus on product innovation and is a testament to our team’s ability to execute well together over the long term,” CEO Evan Spiegel said in a statement.

The company reported a 40% increase in daily engagement with its augmented reality lenses, a key element of its strategy to attract sponsors and keep users on the app longer.

But there may be challenges ahead: Analysts wonder whether people will keep using Snapchat as frequently as the pandemic comes to an end. And privacy changes in Apple's forthcoming iOS14.5 could pose risks, too.

"Apple will require any app that collects and shares users’ data for tracking purposes to explicitly ask for and get the user’s permission to track them or access their device’s advertising identifier," Tom Johnson, chief transformation officer at Mindshare Worldwide, said in emailed commentary. "The big unknown is how many people will opt-out and this could have a big impact on Snap’s ability to prove the impact of its advertising." 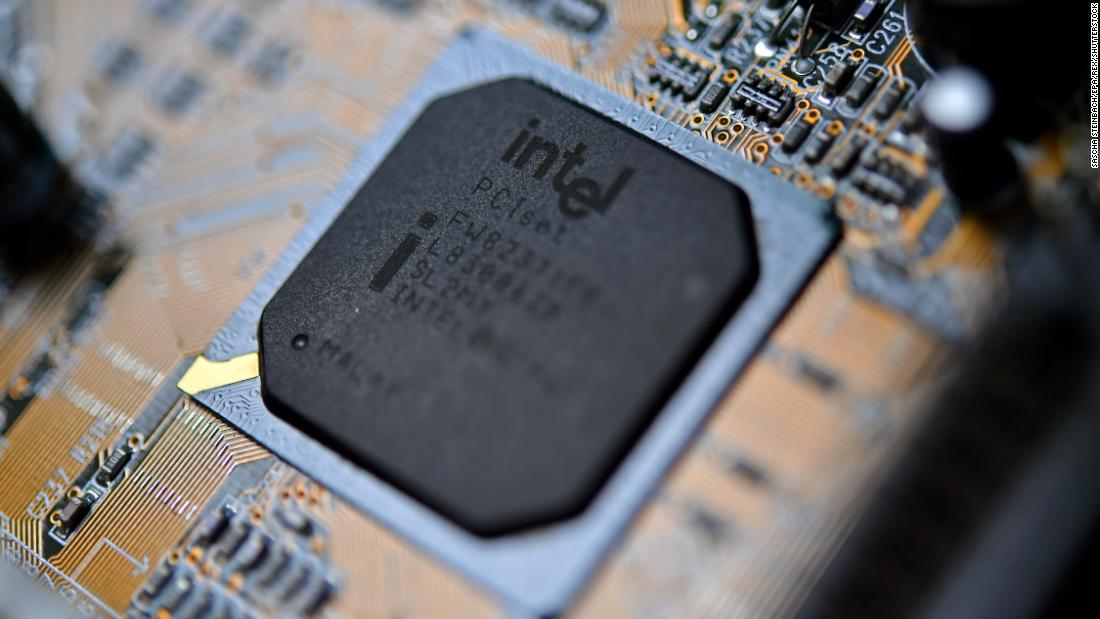 Strong PC demand caused by the pandemic help Intel (INTC) beat Wall Street’s expectations for its sales during the first quarter of 2021.

The company on Thursday reported quarterly revenue of $18.6 billion, flat from the same period in the prior year but well ahead of analysts’ projections. Intel’s non-adjusted earnings per share hit $1.39, down slightly from the year-ago period and also ahead of the $1.15 analysts predicted.

The results were buoyed by a 38% increase in PC unit sales and record notebook unit sales.

This is Gelsinger’s first earnings report as Intel’s chief executive, though he spoke on the company’s January earnings call prior to taking the helm, during which he said he wanted Intel to regain its position as the “unquestioned leader” in the semiconductor industry.

Last month, Gelsinger announced several major initiatives, collectively referred to as “IDM 2.0”: A $20 billion investment in two new chipmaking facilities; the launch of a new business unit called Intel Foundry Services to manufacture other companies’ chips; and a plan to outsource some production of its most advanced processors.

And last week, following a meeting convened by the White House to address the current semiconductor shortage, Gelsinger said Intel was in talks to manufacture chips for automakers within the next six to nine months to help alleviate the supply chain squeeze.

On Thursday, investors will likely also be looking for signs of improvement in Intel’s manufacturing delays for the smallest, most powerful chips  — which have caused it to fall behind Asian chipmakers.

The response to our new IDM 2.0 strategy has been extraordinary, our product roadmap is gaining momentum, and we’re rapidly progressing our plans with re-invigorated focus on innovation and execution,” Gelsinger said in a Thursday statement. “This is a pivotal year for Intel.” 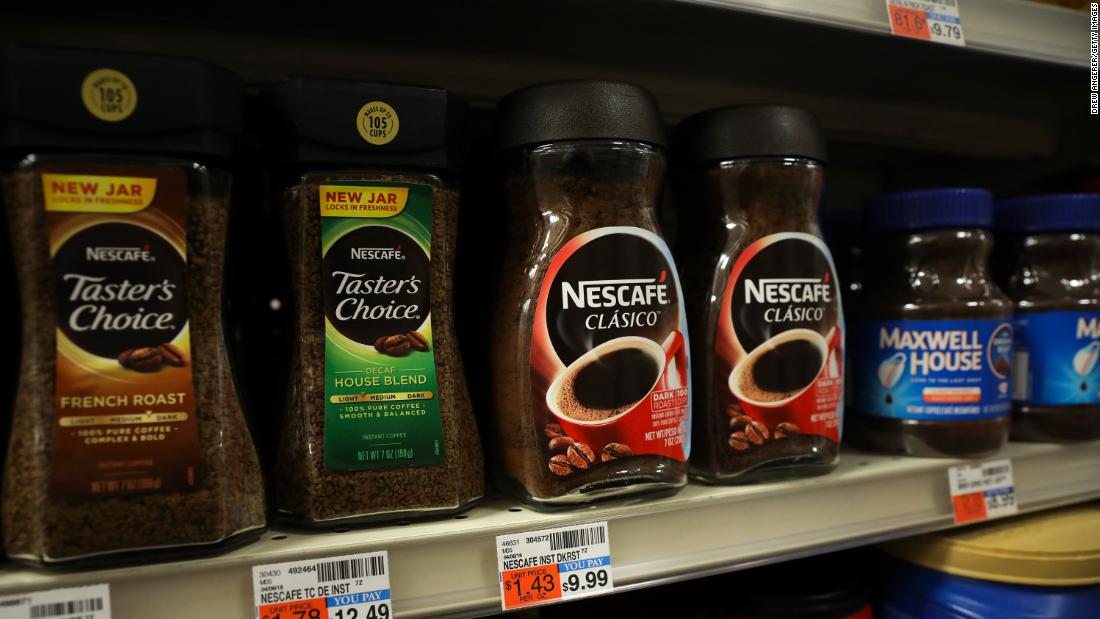 The world’s largest food company on Thursday reported organic sales growth of 7.7% for the first three months of the year compared to the same period in 2020.

“Coffee was the largest contributor to growth, fuelled by strong demand for Nespresso, Nescafé and Starbucks products,” Nestlé said in a statement.

“We are pleased with Nestlé’s strong organic sales growth in the first quarter, building on broad-based contributions from most geographies and product categories,” CEO Mark Schneider said.

Consumer goods companies such as Nestlé, Unilever and Procter & Gamble have performed strongly during the coronavirus pandemic, as lockdowns forced consumers to prepare meals at home, and boosted demand for cleaning and hygiene products.

Nestlé’s total sales grew 1.3% to 21.1 billion Swiss francs ($23 billion) as a result of the appreciation of the Swiss franc against other currencies. 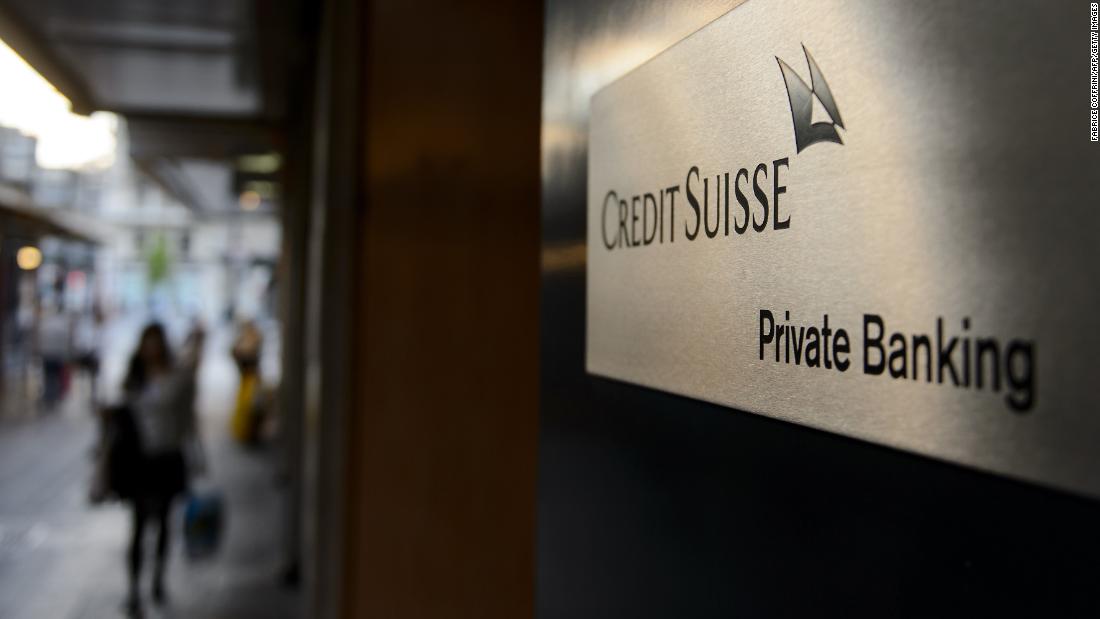 Credit Suisse is seeking to raise roughly 1.8 billion Swiss francs ($2 billion) from investors to strengthen its balance sheet as losses mount from the collapse of hedge fund Archegos Capital Management.

The Swiss bank said in a statement that it would sell convertible notes to shareholders on Thursday to raise the capital.

Losses stemming from Archegos' collapse wiped out what would have been a strong quarter, with revenues climbing 31% over the same period last year. Credit Suisse reported a loss of 757 million Swiss francs ($827 million) for the January-March period.

“The loss we report this quarter, because of this matter, is unacceptable,” CEO Thomas Gottstein said in the statement.

Credit Suisse announced earlier this month that its top investment banker, Brian Chin, and chief risk officer Lara Warner would both be leaving the bank. Other members of the executive board will not receive bonuses for 2020, and board chairman Urs Rohner will give up 1.5 million Swiss francs ($1.6 million) in compensation.

Archegos is the second major stumble for Credit Suisse in recent months.

Switzerland’s financial regulator, Finma, said in a statement on Thursday that it was investigating Credit Suisse for potential risk management shortcomings in relation to Archegos and Greensill.

The regulator said it has ordered various short-term measures be put in place, including “risk-reducing measures and capital surcharges,” as well as reductions or suspensions of bonuses. 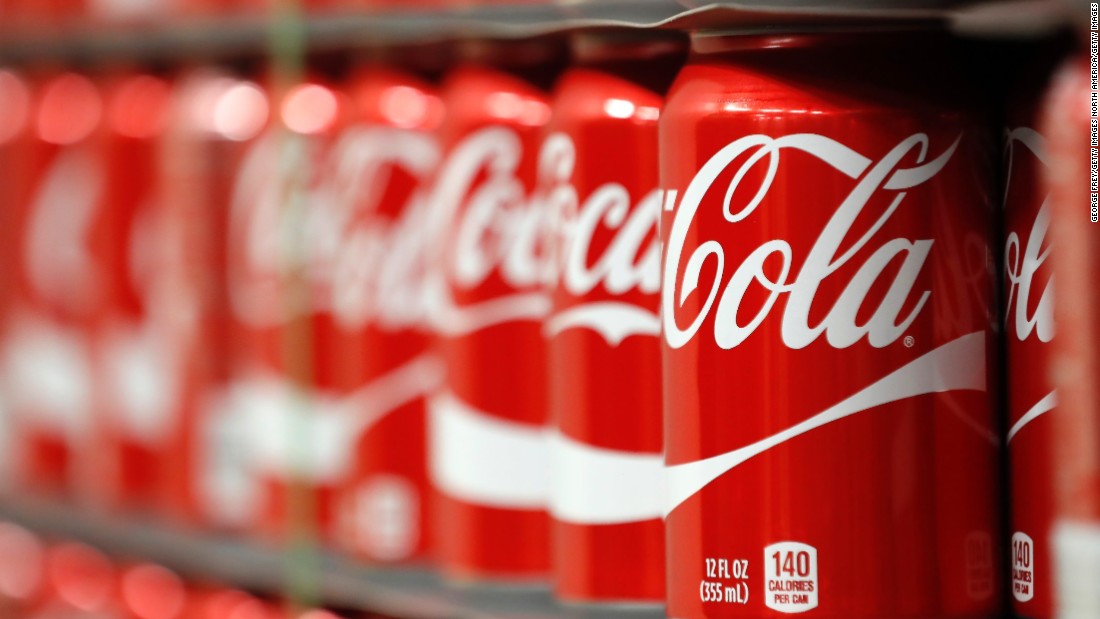 Coca-Cola's sales are starting to recover after a year of pandemic-related lockdowns. But that doesn't mean it's smooth sailing ahead.

About half of Coca-Cola's business comes from foodservice, like restaurants and cafeterias. Those businesses were hurting badly during the pandemic, impacting Coke's sales. Last year, net revenues fell 11%.

But as lockdowns ease, things are finally starting to turn around. The company said Monday that in March, volumes returned to those reported in March 2019 as lockdowns eased in some parts of the world.

"Many markets haven't yet turned a corner and are still managing through the restrictions," CEO James Quincey said during an analyst call Monday.

In the United States, for example, soda fountain volumes remained negative in March, because while "people are going out to restaurants and there's more mobility, it's not back to what it was," Quincey said. "Reopening is not an on-off switch."

Morgan Stanley disclosed Friday it lost $911 million during the first quarter due to a “single prime brokerage client.” That client was Archegos Capital Management, a person familiar with the matter told CNN Business.

Morgan Stanley (MS) was among the many banks that lent Archegos vast sums of money before its collapse last month. However, it avoided the more dramatic losses suffered by peers like Credit Suisse (CS), which lost $4.7 billion.

“I’m very pleased with how the institution came together and responded to this very complex situation,” Morgan Stanley CEO James Gorman said during a conference call Friday.

Despite the losses, Morgan Stanley managed to report record revenue and profit during the quarter.

The Morgan Stanley boss said a “management decision" was made to "completely de-risk” the remaining smaller positions, causing another $267 million in losses.

“We decided we would be out of the risk as rapidly as possible,” Gorman said. “I regard that decision as necessary and money well spent.”

The broader question is how a little-known firm, run by an executive with a checkered past, was able to amass such risky positions in the first place. Archegos's structure as a family office, a type of firm with limited transparency requirements, played a role.

Gorman said he thinks disclosure rules "made it more difficult to understand exactly who is holding what where.”

The Nasdaq Composite, which ended the day up 1.3%, is also closing in on record territory, ending above 14,000 points for the first time in two months. Its all-time high was about 14,095 on February 12.

Wall Street is having a great day, and there is indeed plenty for investors to be excited about: Earnings season kicked off with a bang (just look at all those bank profits) and the economic data from Thursday, April 15, was better than expected across the board. This included lower jobless claims and a massive jump in retail sales in March.

All this propelled the market higher. With just under two hours left in the trading day, the Dow and the S&P 500 are on track for record highs. The Nasdaq Composite could also print its first close above 14,000 points since February. A good ol' rally all around.